The co-op only narrative-driven prison escape game A Way Out comes out this Friday, and at the 2018 Game Developers Conference I had a chance to play the game and speak to some of the Hazelight Studios development team. Seeing the game in action really underscored what a different sort of title it is, with its heavy cinematic influences, its dual protagonists, and its near-constant use of split screen, an element the dev team referred to as the game's "core mechanic."

Employing split-screen in a game as graphically robust as A Way Out was a technical challenge in ways most players will never think twice about, as I learned when talking to Hazelight's Jon Micheelsen, a Technical Artist focused on the rendering code and shaders used in the game.

A Way Out uses a "heavily modified" version of the Unreal Engine, with those heavy modifications necessary because that engine wasn't designed with a split-screen game in mind. Code for things like lighting and shadows that works just fine from a single perspective suddenly doesn't work when that same action could be seen on the same screen twice, from different angles.

A portion of the game on display at GDC involving the main characters splashing around in a pool of water served as a good example of what's going on under the hood with A Way Out. Modern water graphics use advanced transparency effects that just wouldn't work for a title where you have two separate third-person perspectives of the same events on the screen at the same time, so Jon's team had to develop new ways of solving old graphical problems.

The trouble with DDR3 RAM

Optimization was the name of the game when developing A Way Out, since Hazelight wanted to avoid any slowdown but couldn't rely on many tried-and-true rendering techniques to reduce things like draw calls and the memory bandwidth required to keep a game running smoothly.

While the memory limitations of the Xbox One are well known at this point, it was interesting to hear the perspective of a game graphics professional working for a fairly small studio on a graphically innovative game. When releasing a title like A Way Out on PC, PS4, and Xbox One, it's Microsoft's console that remains a notably low limbo bar that must be navigated during development.

Platform: XBOX ONE
A Way Out - Xbox One 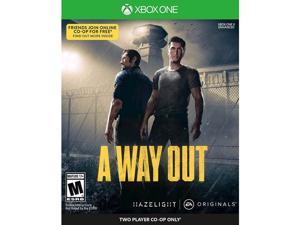 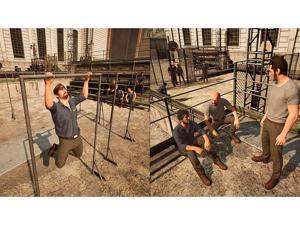 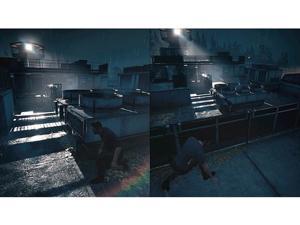 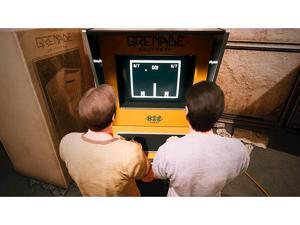 A Way Out - Xbox One

Watch the trailer for A Way Out, a couch co-op prison break adventure

Videos
Jun 10, 2017
One of the unexpected highlights of EA's E3 press event was the reveal of A Way Out . The game comes from the developers who made Brothers: A Tale of...