There has been a lot of discussion about video game remakes recently. Final Fantasy VII Remake’s release is one of the biggest video game events this year, but then people realized it might not be the remake they once thought it was. Then Trials of Mana came out, and it WAS the remake that people thought that FFVIIR was going to be. Sakura Wars got a “remake” but it was nearly unidentifiable from its original IP. Meanwhile, Resident Evil III got remade and was somehow completely updated while remaining faithful to the original.

How are all these remakes so different from each other? Well, we use the term “remake” for a lot of things in the gaming world, but we are really describing different practices. Some remakes will barely update anything from the original IP, when some will gut it completely and change everything you know and love, sometimes for the better sometimes for the worse.

To help you get a grasp on all these different design philosophies, we have attempted to categorize the many different styles of video game remake in order from least changed to most changed. Here’s what we came up with.

Rereleases are simple. They are the same game released again. All of those Game of the Year editions? Those are rereleases. Sometimes rereleases will come with new content and when this happens it kind of blurs the line. Persona 5 Royal is a good example. Is it a release or is it a…

Rebalances are a rerelease of a game, but with new content specifically meant to refine the experience of the first game. Sometimes these are bug fixes but most of the time these are thorough balance reworks. These were very common in fighting games in the era of Street Fighter II, where a million new editions of the same game would come out, each with a few new pieces of content along with a major rebalancing update.

Rebalances have largely become obsolete in the age of online patching, however, every so often you’ll still see some games come out with a rebalance alongside a patch, like Skullgirls: 2nd Encore or Street Fighter V: Champion Edition.

Sometimes ports will include new features or new content, but most of the time they are pretty minor. Some of the best ports will add extra gameplay onto the end of the original game. Atlus is well known for these. There’s no particular name for a type of port that just tacks on extra game to the original game, but it’s a practice we would like to see more of.

It’s also worth noting that all those “collections” of older games that you see on newer consoles are also ports. The Mega Man Z/ZX Legacy Collection is really just a bundle of several ports.

For the most part, all the categories we have discussed so far re-use assets from the original release. Even if they don’t, whatever new assets are included are not particularly better than the original assets.

Remasters attempt to change that. The focus of any remaster is presentation. They seek to update the graphics and sound of any older game. Remasters will present the player with smoother textures, updated models, re-recorded voice tracks, new soundtracks, and more. They are also usually intergeneration ports, as it’s exceedingly rare for a game to need to be remastered in the same generation.

If your game comes with “HD” at the end of it, it’s probably a remaster. Some remasters barely update anything, simply running the original game through a texture filter of some sort, while some are massive undertakings to completely update older games for modern hardware, such as the Crash and Spyro collections.

Every so often a game will be rereleased with a brand-new script. The gameplay stays the same, and sometimes even the graphics stay the same, but the text, and in modern cases the voice actors, are completely different. This is a rescript, or as we more commonly call them, a retranslation.

Why do we more commonly call them that? Well it’s rare (but not unheard of) that a game gets rescripted in its language of origin, but games often get rescripted when they are getting translated for new territories. Final Fantasy Tactics: War of the Lions is a very good example. Its entire script was redone from the ground up to more accurately represent the story that the original Final Fantasy Tactics was trying to portray.

It’s rare that a game is just a retranslation. Retranslations are usually tacked on to ports or otherwise released as patches. That means that retranslations usually bundle a lot of other extra content alongside them. Still, you’ll find games classified as retranslations when their new scripts are the main selling point.

This is what we usually mean when we say the word “remake.” In these games the general plot, characters, setting, etc. from the original game are retained, and the general idea of the gameplay from the original is retained as well, but everything is rebuilt from the ground up. That means new assets, new control schemes, maybe some new content, new rebalancing, so on so forth.

Trials of Mana is a good example of what we consider to be a classical remake. Its original version was a 16-bit SNES game. This new version is a modern action RPG, but so much of it has stayed the same. The script is the same, even though it’s voice acted now. Character appearances are basically the same, even though they are HD models instead of sprites. The battle system has changed quite a bit, but you face the same enemies, use the same spells with the same effects, gain the same XP, and so on. For all intents and purposes, it is just a modern version of a game we had played once before.

Note, that "demakes," ironically, also fall into this category. Taking a modern game and making all new assets for it to play on a lower technology platform still kind of counts as “remaking” the game.

Here is where things get a little sticky. In the movie world, the line between a remake and a reimagining is clear. If the script and plot is basically the same, but with new actors, it’s a remake. If it’s different, then it’s a reimagining or an adaptation. In short, reimaginings are the original property, but with a “what if” thrown in. What if this element of the story were different? What if this character were different?

In games, it gets a bit more complicated because you can change a lot about a game without changing its story, and it will still feel like a completely different game. Changing a game genre, for example, would be an adaptation as much as changing a game’s core cast of characters. You could argue that the jump from the original Wolfenstein to Wolfenstein 3D and then to the modern Wolfenstein series all consist of reimaginings and adaptations. Of course, you could also argue that they are…

These are rare, but an interesting type of remake. While they appear to be one of the other remakes on this list, eventually it’s revealed that they are actually taking place in the original game’s universe. Final Fantasy VII Remake is actually a pseudo-sequel, as is the modern Star Trek movie franchise, and arguably the modern Doom games (though it’s pretty clearly revealed that you are playing as the original Doomslayer early on).

At their best, pseudo-sequels are brilliant acts of narrative subversion. At their worst, they are hokey gimmicks that seek to please fans but end up pleasing no one.

Now we are getting to the far end of the remake spectrum. Reboots throw out, well basically everything except the basic concept of the original IP. Sometimes they will reuse names or familiar elements of the original story, but for the most part you are getting something completely new.

DMC, the much maligned Devil May Cry reboot is an example of a… well… reboot. Sure, you still played as a half-demon named Dante, but for all intents and purposes he was a different character than the Dante we knew and loved. The villains were different, the locales were different, and even the battle system was different.

That being said… it wasn’t as bad as people remember it being.

Finally we have the furthest end of the remake spectrum, where literally everything is thrown out including the original IP! These games are basically recognizable as similar in formula to other games we know and love, but otherwise have nothing in common.

Many classic designers ditch their original companies to create spiritual sequels to their original games. Bloodstained, for example, is a spiritual sequel to Symphony of the Night. It plays like SotN, but has no characters in common. In fact, the only thing it has in common is the mechanics, and even then the mechanics have been extensively updated.

So there you have it, the many types of remakes in the video game world. Does this change anything? Will it make you look any more favorable on games such as Final Fantasy VII Remake? Probably not, but hey, people like to put things in categories. So have fun! 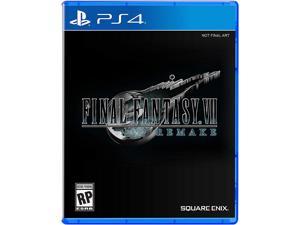 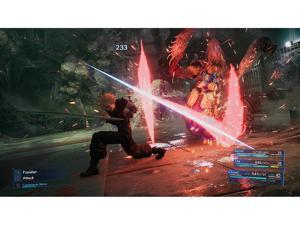 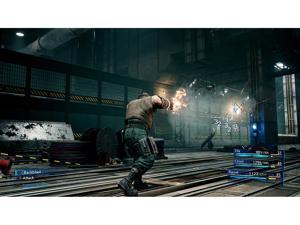 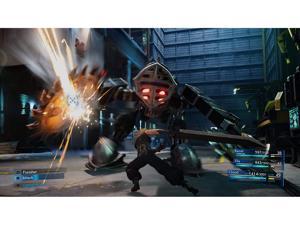 Mass Effect 1 should get the Final Fantasy VII Remake treatment

News
May 15, 2020
Mass Effect 1 deserves the FFVII Remake treatment. The demand for engaging single player content is at an all-time high, evidenced by the feeding...

The secret meaning of the Final Fantasy VII Remake

News
Apr 22, 2020
OK guys, spoilers inbound. Major spoilers. Like serious spoilers for all of Final Fantasy VII Remake . Turn back now if you have a problem with that...

News
Apr 17, 2020
There are a lot of expectations for the Final Fantasy VII Remake , and some of those expectations are honestly a bit off base. Square certainly...