Trials of Mana: What to do in the post-game

So, you’ve completed your first run of Trials of Mana. The final boss is dead and the end credits are rolling. But you notice you can load up your save file once more. Yes, Trials of Mana has a deceptively deep post-game, and while there isn’t much to do in one run-through, multiple run-throughs will give you multiple rewards.

Just as you load in your complete game file, you’ll notice that a new quest has started. A magic book will tell you that a bigger threat will require you to reach class level 4 to defeat. You’ll be sent on different side-quests depending on what party you chose, but don’t worry. The map actually guides you fairly accurately to all of them. Just follow the markets and you will be fine.

Once you have acquired your brand new class spheres, take them to the Sanctuary of Mana, run through the first part of the dungeon, and get to the special mana statue. There you can unlock your final class and learn your final class abilities with whatever training points you have leftover.

After you reach class 4, there is one final task for you to do on the main “story” route. You need to defeat Anise the Witch.

Anise lives in an extra dimensional dungeon that you’ll need Flammie to fly to. Just beware, it’s long. It’s very long. It’s about seven times longer than any dungeon in the original game, and at times it can feel like a slog.

Once you finally get to Anise, you’ll have an epic boss fight on your hands. Defeat her and you will unlock New Game +.

Except your conflict with Anise is not over. To fully milk this post-game quests for all it’s worth, you need to beat her again in a new time-trial mode… three times! If you can beat her in under six minutes in normal difficulty, you will unlock the Chaos Protection chain ability, which adds 100 percent to all allies’ CS gauge when battle starts. Beat her within four minutes on hard and you will get the Dark Power chain ability, which fully heals all of your characters when battles start. Finally, if you can beat her within two minutes on hard, you will unlock the Mana Miracle chain ability, which grants you infinite items so long as you use them in battle.

Believe it or not, there is a more dangerous enemy than Anise the Witch, antithesis to the Mana goddess herself. That is the fearsome… Black Rabite. While it may look like a normal Rabite with black fur, don’t let it fool you. It has a ton of HP, is superfast, and has access to all the special attacks of all the other bosses in the game. It is a handful.

Before you can defeat the Black Rabite, you need to find it. After beating the game, go to the beginning of the penultimate dungeon. That’s the Cave of Darkness for Riesz or Hawkeye, the Jungle of Illusions for Kevin or Charlotte, or the Crystal Desert for Angela or Duran. There you will find a Black Rabite statue. Examining it will warp you later in the dungeon in front of a Golden Mana Statue and a previously locked gate. Go through the gate and you can take on the Black Rabite.

If you manage to take down this hopping behemoth, you will unlock the Obsidian Power chain ability. It reduces all MP costs to 0 for whatever character you equip it on. Give it to your main caster (Angela if you’ve got her) and have fun.

Once you defeat Anise and the Black Rabite, there’s nothing more to do… in this run. But New Game + gives you several more goals to chase.

First, simply starting a New Game + run will grant you the Love of Mana chain ability, which multiples your experience by 300%. Keep this equipped and you’ll eventually reach the level cap, but there is a better way to use it.

You see, in New Game + you’ll keep all your items, equipment, chain abilities, even your levels. So it’s very easy to breeze through it.

You will also earn several chain abilities permanently by unlocking them via leveling up a character and beating the game with them (which in effect means you should beat the game with just about every character in every class). Finally, there are probably plot based chain abilities you have missed. Did you know that if you pay for the nitromyte in the Dwarf Caves you’ll get a chain ability?

If you have the PC version, play on ultra-hard mode

What’s the point of all of these chain abilities if you can already breeze through the game on hard mode on level 99. Well, most versions it’s just a matter of feeling fulfilled for completing the game and seeing all the story. However, the PC version has one more challenge to undertake, courtesy of the modding community. You can download a mod for a new ultra hard mode, which further increases enemy stats and removed all attack indicators, forcing you to watch enemy behavior.

Also, you can download better textures, a color pack that makes it closer to the SNES original, enhanced class costumes that keep their original coloring, and…. Ugh… a mod that lets you see Riesz’s underwear… if you are that sort of person. 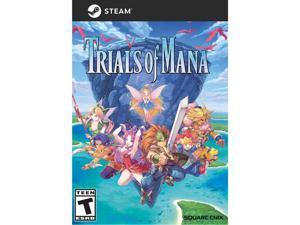 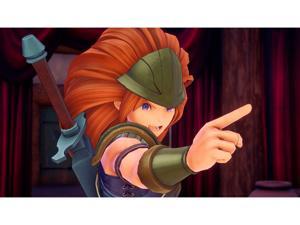 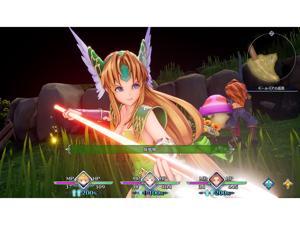 Trials of Mana: How to find Li’l Cactus in every location

News
May 13, 2020
Trials of Mana is largely a faithful recreation of the original SNES Seiken Densetsu 3 , however there is some new content to be found. The most...

News
May 05, 2020
There has been a lot of discussion about video game remakes recently. Final Fantasy VII Remake ’s release is one of the biggest video game events...

Zelda, Smash, Luigi and everything else shown during Nintendo Direct E3 2019

News
Jun 11, 2019
This E3 is Nintendo’s to lose. Despite not even having a live press conference for the past few years, they have been an absolute E3 juggernaut. It...