There is no excuse for microtransactions in Devil May Cry 5

Recently it was revealed that Devil May Cry 5 will have microtransactions. Players will be able to spend real money in order to earn XP and level up characters.

Predictably, this has elicited groans and complains from the general gaming public. “Yet another AAA game trying to squeeze us for money” they say.

The thing is… I can’t. I just can’t. Unfortunately, this is one of the worst implementations of microtransactions I have seen in recent days, perhaps only outdone by EA’s Star Wars Battlefront II debacle. Every time I attempted to step back and look at this in as much of a fair and balanced manner as I was capable, I came to the same conclusion: “this sucks.”

Why? Well, the only microtransaction that has been announced is the ability to buy red orbs. For those of you who haven’t played a DMC game before, red orbs are basically experience. You purchase them to get new moves and upgrades for your character as well as consumable items like health refills.

So essentially, you can pay to skip the grind. Instead of actually playing the game to get more powerful you can fill your coffers with red orbs and unlock everything the game has to offer. This is especially important since this information comes on the heels of a recent multiplayer announcement. It appears as if we will have several characters to level up including Nero, Dante, Trish and Lady, and the new Hot Topic Boy Du Jour: V. It’s presumably going to take a lot of red orbs to sufficiently level up all these characters for multiplayer.

Capcom’s defense? The same defense we always hear. The game is still balanced and microtransactions are just a way for players to customize their gameplay experience.

I’ll be honest. I hate this defense because 9 times out of 10 it’s just utter crap. You know why? Because this defense fails to answer one important question: why are we paying for this customization?

The problem here is that no one spends any extra effort on creating red orbs. They are already in the game. They are already a main game mechanic. All you are doing is paying to not play the game. All you are doing is paying to bypass whatever grind that the developers establish and you know it’s going to be a bad grind if they are hoping people will pay real-life dollars to not do it.

Let’s say, for arguments sake, that this was being done for the reasons stated, that Capcom believes that people should be able to customize their gameplay experience. Let’s talk about another game that allowed you to customize your gameplay experience: Celeste. This was a game whose entire purpose was to be hard. It was meant to face you with incredibly difficult platforming puzzles. However, it had an “assist mode” that allowed you to give yourself infinite dashes, jumps, and even allows you to turn off enemy hit-boxes. It too lets you customize your gameplay experience and you don’t have to pay anything extra for it.

Or let’s talk about the upcoming The World Ends With You: Final Mix. TWEWY has an incredible amount of difficulty sliders letting you adjust damage, XP, and all sorts of other variables to your liking. It too asks you to pay no extra money. In fact, most games have a certain amount of flexibility in customizing your gameplay experience. It’s called difficulty level and we have been integrating it into games since games existed.

If Capcom really does believe that gamers should be able to play Devil May Cry 5 whatever way they wish then why would they lock this flexibility behind a paywall that gamers without disposable income won’t be able to take advantage of? It seems as it Capcom feels that only gamers with money should be able to play the game as they like. Everyone else has to play a different experience after they already paid $60 to get in the door. Of course, that doesn’t play as well as a PR blurb.

Another piece of damning evidence is that more expensive late level upgrades are going to cost more money, because all you can do is exchange money for red orbs. If Capcom really wanted to let you experience the game however you liked, wouldn’t they allow you to unlock anything at the same flat fee? Or maybe they would charge a simple fee to unlock unlimited red orbs?

The thing is, they haven’t explained their pricing structure at all. Hideaki Itsuno said that expensive things take a great amount of work to buy and perfect, but he never explains why this means people should be paying more for the option to unlock them with money. Capcom hasn’t really explained their pricing philosophy at all here, and frankly I feel like doing so would contradict their excuse of including microtansactions for the sake of customizability and player choice.

Look, I’m actually a big supporter of player choice. I would have loved to see Capcom create a really in-depth difficulty customization menu for Devil May Cry 5. I would have loved to see them give players the ability to just bypass skill trees, turn off hit-boxes, and more. In fact, there is a bit of history in the DMC series with this, as previous DMC titles have offered difficulty levels as easy as allowing you to beat the game mashing one button and as hard as causing Dante to die in literally one hit. An in-depth difficulty menu is just the next evolution of that tradition.

However, there’s no reason why players should be charged for the privilege of customization. It makes no sense. Listen, I’ll buy Nero’s mega-buster arm. I’ll buy the option to put Dante in his classic DMC 1,2, and 3 costumes. I’ll buy the ability to dress Lady up like Chun-Li from Street Fighter. You put any number of stupid aesthetic purchases in front of me and I’ll throw money at my TV.

But asking me to pay for the privilege of not playing your game and then saying it’s because you wanted to grant customers a choice in customizing their gameplay experience? Come on. We’ve seen this excuse before and it’s never worked.

I’m not saying you should join the pitchfork holding mobs and boycott Devil May Cry 5, but if it feels like it’s taking forever to grind red orbs to get your next upgrading, I’m saying that you know why.

Platform: XBOX ONE
Devil May Cry 5 - Xbox One 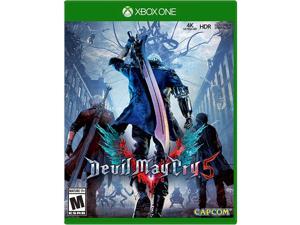 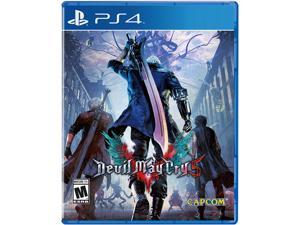 News
Mar 13, 2019
Devil May Cry is well known for its secrets and additional playable characters, but try as you might you simply cannot unlock anyone new in Devil May...

Devil May Cry 5: The best character strategies and unlockables

News
Mar 08, 2019
Devil May Cry 5 isn’t the most complex game out there. Choose a character, fight some demons, go for that SSS rank, lather, rinse, repeat. However,...

The Most Anticipated Action Games of 2019

News
Jan 09, 2019
“Action Game” has always been a genre name that annoyed me. Every game has action of some sort. However, over the years it’s become synonymous with...

Review: Bloodstained: Curse of the Moon 2 is more classic...
Reviews
Jul 14, 2020
Platforms: PC (reviewed), PS4, Xbox One, Switch Konami has largely given up on the Castlevania franchise. After less than a year since its launch, even before...
REVIEW

Review: Neon Abyss is part Dead Cells, part Enter the...
Reviews
Jul 14, 2020
Platforms: Switch (reviewed), PS4, Xbox One, PC If you enjoy a good roguelike, then the past seven years have probably been a great time for you. While Rogue...