The content will also feature new weapons and gear, including Sam Fisher’s night vision goggles and outfit. Now it doesn’t appear like you’ll actually be able to play as Sam Fisher, he’ll just be joining your squad to carry out a special mission.

“We are all super excited to bring such an iconic character as Sam Fisher into Tom Clancy’s Ghost Recon Wildlands,” said Nouredine Abboud, senior producer, Ubisoft. “Teaming up with Sam Fisher will require the Ghosts’ stealth, cleverness and tactics…we can’t wait to see the reactions of our players as they face this new challenge!”

Keep in mind that, although the mission will always be available in the game, players have until May 16 to earn Sam’s goggles and other exclusive items.

Check out the trailer below: 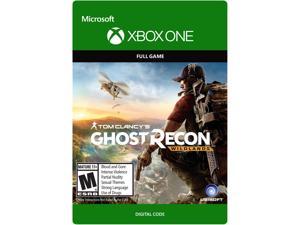 Videos
Jul 20, 2018
Fresh off the heels of announcing the Ghost Recon Wildlands Special Operation 2 DLC this weekend, Ubisoft has a released a teaser trailer for another...