Spider-Man: Miles Morales – How to get XP and skills fast and other tips

Getting stuck in Sony and Insomniac’s new Spider-Man: Miles Morales? Well, for the most part, you can play it the same way you did the original Spider-Man and you’ll be just fine. However, there are a few tips for play that are exclusive to Miles’ new gameplay style and abilities. Here are the tips we think you need to know to get the most out of this game.

In combat, stick to the air

Miles is just faster in the air than he is on the ground. Not only does this mean more damage in a short span of time, but it also keeps you safer. Most enemies don’t have an effective way to hit Miles while he is in the air. One of the most dangerous situations in any combat is having a bunch of enemies pile on you at once and keeping enemies in mid-air while you strike them effectively isolates the one you are fighting from the rest of the group. In general, stay off the ground if you can. It will greatly increase your survivability.

Also, make good use of your dodge and air launcher abilities. You will eventually fight several enemies that are shielded or otherwise have heavy defenses. The dodge under->air launcher combo will bypass these defenses and isolate enemies for damaging aerial combos, even if they are shielded.

You might be tempted to save Miles’ venom abilities as a sort of panic button or ultimate attack, and they really shouldn’t be used as either. Yes, they are tied to a limited resource that charges over time, but they are best used pretty much whenever possible. The venom meter charges fast enough that any time spent while it’s full is basically letting resources go to waste. Meanwhile, the paralysis effect of venom strikes can end difficult combats almost instantly. Saving your venom abilities is purposefully hamstringing yourself, so use them liberally.

Venom smash and venom jump are probably two of Miles’ best venom abilities. Venom smash will hit all enemies in an AOE. Venom jump will launch enemies around you into the air where, once again, Miles is safe. Venom jump also bypasses shields, so it’s a great way to deal with a group of heavily armored enemies. It even disarms foes as well!

Do some web-swinging tricks

If you have no desire to do tricks while swinging around New York City… what’s wrong with you? Well, stop being such a dull person because tricks have an actual benefit. They give you a small amount of XP and they charge your venom meter, all for doing a few flips. So lose yourself in the style and have a little fun.

Miles is still learning how to be the best Spider-Man he can be, and Peter is here to help him. As soon as you can, seek out Peter’s challenges and take them on. You don’t even have to do very well, you just have to complete them. Each time you complete one you will gain a new skill, and new skills mean more options in combat. These challenges should be attempted as soon as possible.

Learn to love the gravity well

The gravity well is by far one of Miles’ coolest gadgets and should be upgraded as much as possible as soon as possible. Essentially it’s your standard area control black hole ability. It will pull all enemies toward it once activated. Upgrade it enough and it will even disarm enemies as well. Combining the gravity well with an AOE ability like venom smash is a fantastic way to handle even the most overwhelming battles. This is by far one of Miles’ best tools. Do not pass it up.

So you aren’t really a stealth gamer and you prefer to go in guns, or in this case, web-shooters blazing. What use is Miles’ camo ability then?

Well, believe it or not, it’s actually a pretty great combat too. It allows you to immediately drop aggro and confuse opponents, provided you can get it up without taking a bunch of blows to the face. This will give you a little bit of breather time if you are being mobbed. You can then focus on an enemy that is giving you trouble and probably take him out before enemies start attacking you again. Remember, stealth takedowns bypass defenses. Camo is not the best panic button in the world, but it does have its uses, even if you aren’t looking to be the sneaky kind of spider.

Many upgrades only show up in New Game +

Miles Morales is a disappointingly short game. You can finish it in about seven hours if you mainline the campaign. That being said, this might not be a bad thing. You can fly through the story on your first playthrough and then come back in New Game +, during which new upgrades and challenges unlock. Then you can use this New Game + run-through for your 100 percent attempt, allowing you to see all that New York has to offer at your leisure. You are going to have to play twice to see everything it has to offer anyway, so, in my opinion, you shouldn’t spend more time in your first playthrough than you absolutely have to.

That’s all the spider-tips we have for you today. If you have any of your own you’d like to share, leave them down below in the comments. 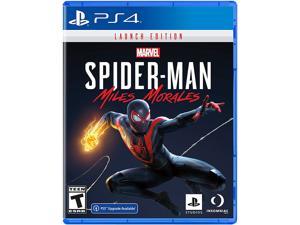 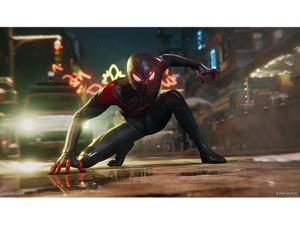 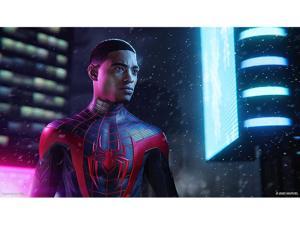 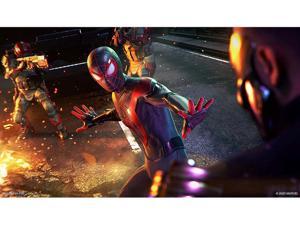 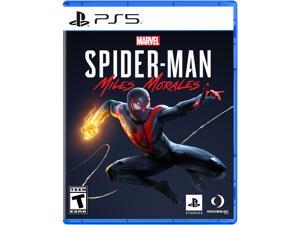 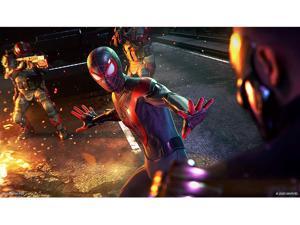 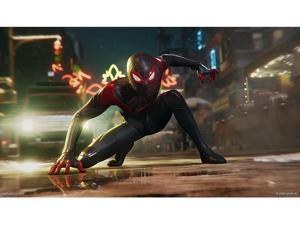 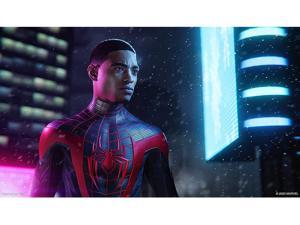