During the reveal last week we caught up with Darryl Purdy, performance director on the game and Heath Smith, Shadow of the Tomb Raider’s lead designer.

When we played the Shadow of the Tomb Raider demo, we started in a Mexican village and it appears we’ll be making our way to South America later in the game. Why Latin America this time?

Darryl: One of the biggest things we wanted to explore this time was a dangerous environment, and the jungle is probably the most dangerous environments on Earth right? You have life up high but a lot of death below. So the jungle was an exotic place that we really wanted to take Lara to, this is her defining moment and she needs to be pushed to her limits. That’s why we went for the jungle.

Did you guys get to explore the jungles of Latin America or those ancient ruins for the game?

Darryl: For this game no, but my wife and I backpacked through Central America for about seven or eight weeks so I went through a lot of ruins and stuff like that, which was great for this project. I didn’t know it at the time, but the experience came in very handy for Shadow of the Tomb Raider.

Swimming was something brought up during the presentation. What’s different about the swimming here than in Rise of the Tomb Raider?

Heath: Swimming is a big thing we wanted to bring back. We listened to the community and one of the big pillars and main experiences was swimming. Previously, it was just swimming in a natural environment where there’s no danger, this time we wanted to reinterpret it with a survival lens that you saw in the previous two games. So it’s like, what would it really be like to be in these caves and claustrophobic environments and the fear that comes with that, the fear of running out of breath, the fear of what deadly creatures are around the next corner. This is the twist that we’re putting on the swimming.

We saw crafting will also return. Has anything changed in that aspect?

Heath: We don’t want to go into too much detail at this point but we’re very excited about what opportunities the jungle will offer up for crafting unique opportunities. Because as you know, in the jungle, everything is trying to kill you, but one of the main themes of this game is duality, so what can kill you can also cure you.

At the end of game demo, there’s a huge flood sequence that has some really tense moments. What was the goal with that scene?

Darryl: Really, it stems from Lara’s journey. In this game, Lara is much more pro-active, much more confident, but with that comes a negative side. That can turn into obsession sometimes. So when she actually takes that relic, she kind of sets forth this apocalypse that she knew was coming, so we wanted a big setpiece there of something that would really send her over the edge. When she gets to that rooftop, she realizes she made a mistake and now has to make amends.

During the presentation, we were also told that there will be a different approach to the tombs this time. What can we expect?

Heath: Our twist on the tombs this time is – deadly. If you played the previous game, Rise of the Tomb Raider, we had beautiful and huge vistas and the fantasy of Lara being the first person to enter these places, like it’s been untouched for many generations. What we’re trying to bring here is the idea of the tomb itself is trying to kill you. And, I’m not sure if you got a hint of it in the demo, but maybe you’re not always alone in these spaces.

The opening of the game demo, we’re in a Mexican village and they’re celebrating the Day of the Dead. Since the game takes place in Latin America, was there a lot of cultural research?

Darryl: The narrative team did quite a bit of research, and actually took courses on the Mayan civilization. The path that you follow to find the hidden city is actually based on real star chart navigation. For the Day of the Dead scenery, this was the art team that researched this and there are some different degrees of Day of the Dead, some places celebrate it a bit more festive and others a bit more low-key. For this one we chose to split the difference. We see some people celebrating it with masks and others that are not, which we tried to kind of go in the middle on that.

What will we see in terms of Lara’s growth in this game?

Lara still seems to have her father at the forefront of her mind. Will she finally get some closure?

Darryl: Now that we’re wrapping up this trilogy, this is the defining moment for Lara Croft. That was a pivotal moment in her childhood when her father died. In 2013, she believed he committed suicide. In 2015, she found out that no, he was murdered by the organization Trinity. So, yes, this is still something that’s driving her and she wants to find those answers and she’s going to push herself to the edge to try to find them and stop Trinity.

Jonah is back for Shadow of the Tomb Raider, and he seems to have a bigger purpose this time around.

Darryl: Jonah is one of the best things that I love about this game because in the past he was more of support or moral compass. In Shadow of the Tomb Raider, he’s such a beautiful character to have with Lara because he can call her on her BS when she’s doing it. He’s been with her through thick and thin and now maybe when she is going a bit way too far, he’s now had enough and maybe he can stand up to her. He’s also the person that’s there when she’s at her most vulnerable and she wants to open up. In Shadow of the Tomb Raider we have a very nice balance of both, and it’s a beautiful thing.

Heath: One thing we can touch upon, I think you might have had a hint of it in the demo. Something new we’re bringing is this aspect of a living, breathing world. You asked about what new challenges Lara is facing, one of the biggest challenges she has is people. Apart from Jonah, she’s been alone for a very long time so it’s very interesting to play with that from a narrative side and gameplay side. What does it mean for her to confront one of her biggest fears which is people? And what happens when the tomb is not so dead and there’s a living history? So we’re really excited to challenge her in that way and for you to experience that.

Shadow of the Tomb Raider arrives on September 14, 2018 for Xbox One, PlayStation 4, and PC.

Platform: XBOX ONE
Shadow Of The Tomb Raider - Xbox One 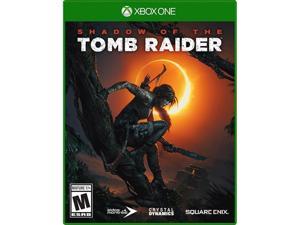 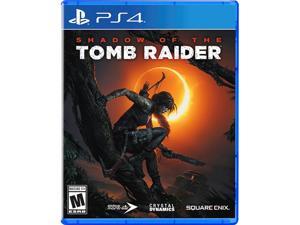 Shadow Of The Tomb Raider - Xbox One

Shadow Of The Tomb Raider - PlayStation 4

News
Dec 19, 2018
I remember the first time I played GoldenEye on the Nintendo 64 in 1997. The incredibly lifelike animation blew me away, and the intricately detailed...

News
Aug 17, 2018
Shadow of the Tomb Raider , the final game in Lara Croft’s origin trilogy, is set to arrive on September 14 but before the game launches, Square Enix...