Save your unfinished games for PlayStation 5 and Xbox Series X

The Japanese island of Tsushima is in ruins. After dozens of bloody battles, I’ve made some progress in repelling the powerful Khotun Khan and his army of Mongol soldiers. But then life got in the way, and I had to temporarily put aside Jin Sakai’s quest for vengeance. I’ll return to it someday ... but it probably won’t be on my PlayStation 4.

We’re less than a month away from the release of the PlayStation 5 and Xbox Series X, and a lot of people are naturally focusing on the games that’ll launch alongside them. But while I’m excited to try Spider-Man: Miles Morales and Assassin’s Creed Valhalla on the new consoles, I’m also just as interested to play current-gen games like Ghost of Tsushima via backward compatibility.

Recently, Sony released details about how you can play your PS4 games on PS5. Some of them will run better through the console’s Game Boost feature, which promises higher resolutions and increased frame rates. Around the same time, developer Sucker Punch confirmed that Ghost of Tsushima will be one of these Game Boost-enabled titles, resulting in faster load times and up to 60 frames per second (FPS). Additionally, Sucker Punch said players will be able to transfer their save files from PS4 to PS5.

So in theory, it should be easy for me to insert my Tsushima PS4 disc into my PS5 and just continue where I left off while also enjoying improved performance across the board. Combined with the fact that Xbox One games will also run better on the Xbox Series X and Series S, and I’m starting to get really excited about bringing all of my old, unfinished games with me to the new consoles.

You don’t drop hundreds of dollars on a new system just to play games from the past, of course. However, launch lineups (with a few exceptions) are historically bad, or at the very least, unmemorable. It’s difficult to say if that’ll be true for PS5 and Xbox Series X/S, but on paper, both libraries are a bit sparse. As of this writing, there’s only a smattering of next-gen titles confirmed for their respective launches, and some are third-party games that are also coming to PS4 and Xbox One.

Backward compatibility can help fill that void. This generation has been a long one, and if you’re like me, you probably have a huge backlog of games that you either never finished or never even started. When the news about Tsushima came out, I immediately thought of other big role-playing games that I’d want to get back to on PS5, such as The Witcher 3 and Assassin’s Creed Origins. I’d also love to see if The Last of Us Part II receives any improvements (a good excuse to try out the New Game Plus mode), and continue playing Call of Duty: Warzone and Fall Guys with friends.

On Xbox One, I have a bunch of games I haven’t got around to yet, including those on the excellent Game Pass service. Microsoft has been banging the backward compatibility drum for years now, and it’s stepping up its efforts with the Series X/S. The company sent out Series X prototype units to members of the media a few weeks ago, and thus far, the coverage has been glowing. A lot of writers were amazed at how well older games run on the new console, with many seeing shorter load times and better FPS when compared to their performance on Xbox One and Xbox One X.

Most notably, the Xbox One games that the media tested performed better not because of any updates or extra work from the original developers, but simply because of the increased horsepower and the super-fast solid-state drive in the Series X. It wasn’t until I read those hands-on impressions that I started to have a better grasp of just how beneficial these new consoles will be for gaming.

The PS5 also has its own high-speed custom SSD, so we should see similar improvements for the PS4 catalogue of games. But unlike Microsoft, it appears that Sony hasn’t sent out any preview units to journalists, so we don’t have any actual tests or videos about playing PS4 games on PS5.

It Won’t Be Perfect

As bright as the future of backward compatibility looks, I still have some questions about it. While PS5’s Game Boost sounds promising, I’m concerned that it applies to only certain games. Sony mentioned several times in its blog post that “select” titles will use that feature. Does that mean non-Game Boost games won’t have faster loading times or smoother FPS by default?

If so, that’d be a huge downgrade from the way Microsoft is treating legacy titles, where the improvements should happen automatically. I’m hoping Sony will provide more clarity on Game Boost before launch, either through a list of compatible games -- Ghost of Tsushima is the only title confirmed so far -- or a breakdown of the differences between playing a PS4 game with and without Game Boost on.

For now, I have more confidence in the Series X/S when it comes to backward compatibility. But I’m cautiously optimistic about PS5 as well.

The truth is we won’t know for sure how well both sets of consoles do until they’re out in the wild and people have a chance to test their libraries on them. But based on the information that’s out there, it looks like the upcoming generation should be a boon for those of us with extensive backlogs. And as a bonus, some of our games might even be eligible for free next-gen upgrades.

If you’re already planning on getting a PS5 or Series X/S this fall, it’d be better to hold off on finishing that giant RPG or whatever other adventure you’ve been meaning to get back to. With the amount of money you’re paying for these fancy new boxes, you might as well wait a few more weeks to get the most out of your current-gen games. 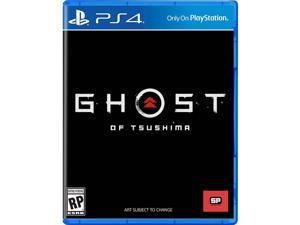 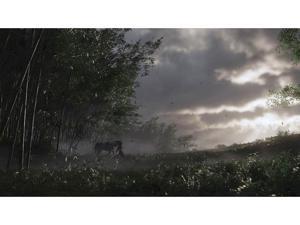 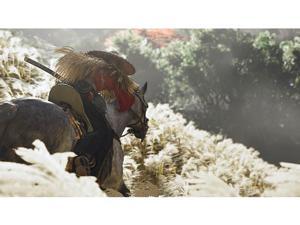 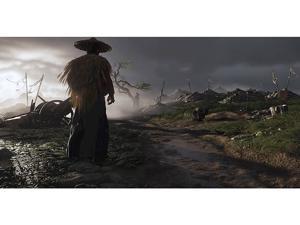 How PlayStation 5’s user experience is built around the player

News
Oct 15, 2020
PlayStation 5 is launching in less than a month, and yet we still know so little about it. Well, Sony is looking to fix that with their latest State...

News
Oct 09, 2020
One of the biggest questions surrounding PlayStation 5 since its announcement was its backward compatibility. While Xbox Series X will make it...

Sony, Microsoft, and Nintendo’s strategies going into the next generation

News
Sep 22, 2020
PlayStation 5 and Xbox Series X are now dated, priced, and basically sold out. We have less than two months before consumers will (presumably) be...