Review: Yooka-Laylee picks up right where Rare left off

The first game I can remember playing is Super Mario Bros. 3 on the original NES back in the early 90s. Ever since then video games have been an integral part of my life. Fast forward a few years to the dawn of the N64 and you’ll find a smattering of excellent 3D platforming games that evolved from the DNA Nintendo established with its trilogy of original Mario platformers.

After working on the Donkey Kong Country series on the Super Nintendo, the development team on Rare went on to help define what a 3D platformer could and should be. Banjo-Kazooie is often regarded as not only the studio’s best game, but one of the best titles on the entire N64. After its direct sequel, Banjo-Tooie, and eventually Donkey Kong 64, Rare worked on other things and slowly over time the genre mostly vanished.

Last year’s reboot of the Ratchet & Clank series by Insomniac Games was a great start for the revival of a beloved genre and Yooka-Laylee by Playtonic, a game company comprised of several Rare veterans, is poised to continue carrying that torch. Character platforming games are relevant once again, for better and for worse.

The premise behind Yooka-Laylee is that an evil mastermind is sucking up all of the world’s books in search of one specific and special tome. By ridding the world of stories and knowledge he is ruling with an iron fist, and it’s up to you to explore the world and dive into large storybooks to seek out and locate lost pages. Instead of looking for honeycombs and jigsaw puzzle pieces as in Banjo-Kazooie, you’ll search for quills, “pagies,” and other literary-themed collectables.

There is one large hub world that connects everything together with a variety of themed sub-worlds branching off from it. The first area you venture to, for example, is a large and mostly green area with ancient temples towering above you and inviting water to swim around in. After that you’ll find yourself in a frozen tundra with all new areas and new gameplay mechanics.

Your primary characters this time around are a green chameleon named Yooka and his purple bat sidekick, Laylee. They each have distinct personalities that really shine through in the game’s sometimes overly ambitious and eager story. In the first 30 or so minutes you’ll spend more time reading and trying to speed-up text boxes than you will actually playing. That stops after a while, but for a game that should be all about the gameplay and platforming there is a lot of unnecessary narrative to digest.

If you’re a fan of puns or fourth-wall breaking jokes then you should feel right at home. Laylee constantly derides the characters you speak with and often makes comments about the game you’re in and whether characters seem like they belong in this game world or not. It’s funny and keeps you engaged, but does get old after a while.

The core of Yooka-Laylee is very solid. Anyone that has ever played one of Rare’s classic 3D platformers will feel comfortable right away. Even the UI is similar in most areas, all the way down to the location and display of health, underwater air bubbles, and more. It’s a testament both to how little the genre has changed and how much it was perfected 20 years ago.

Near the start of the game you’re slowly introduced to a handful of different powers, like double jumping, attacking, rolling, and more. Since Yooka is a chameleon, you can also use your tongue to absorb new temporary powers like flame-breath and eat fluttering butterflies to regain health and power. It’s the small flourishes like that which will make you smile and appreciate the attention to detail on display here. Lots of new and unique powers are introduced in the latter portions of the game, keeping you on your toes.

Visually Yooka-Laylee may be one of the prettiest 3D platformers I’ve ever seen. Playtonic is clearly an indie studio through-and-through, but the massively successful Kickstarter funding appears to have gone towards actually helping produce a polished and visually pleasing game. It even rivals the likes of last year’s Ratchet & Clank in terms of its visuals, especially once you dig into each of the unique worlds.

The overarching goal of the game is seek out and collect pagies by completing challenges, solving puzzles, and defeating bosses. The variety of gameplay on display is admirable, and does a wonderful job of breaking up the action by never really making you do the same thing twice. At one point I spent about two hours just exploring a totally isometric palace that was designed like something out of a top-down Zelda game, flipping the entire adventure into a whole other genre—not to mention the collection of retro arcade games spread across the journey.

It’s Not All Perfect

While the heart and soul of what made the classic Rare games of old so special is still beating strong within Yooka-Laylee, it’s clear that in some ways it’s almost too faithful of an homage. Many 3D platformers are known for their infamously frustrating camera systems, and Yooka-Laylee is no different. The camera constantly got stuck on geometry in the environment or felt too close to my characters. For something that’s such an integral part of the experience, it’s annoying to wrestle with so often.

While I only played the PC version for this review (a gamepad is essential), it’s worth noting that it ran smoothly and with very little hiccups. The framerate dipped ever now and then, but usually only if I was entering a new area or a ton of stuff happened on-screen.

In terms of overall game design the hub format this time around lacks cohesion. At one point I found myself at a complete loss as to where to go next, and often struggled identifying my objectives. The worlds are, in general, much larger than the games that came before them, but size for the sake of size loses the flow and consistency that kept former games so tight and rewarding. That issue is compounded by the need for backtracking and re-exploring old areas as you gain new powers. Those are problems with many collect-a-thons like this, but it's an inconvenient as ever in Yooka-Laylee.

The Sincerest Form of Flattery

Yooka-Laylee is a labor of love, a thoughtful tribute, and a valiant effort to move the industry forward by examining and redefining its roots. For the most part, I think it’s successful.

I had a lot of fun while playing, smiled more than I expected, and rediscovered that sense of sheer pride from finally beating a tricky platforming puzzle or frustrating boss. If nothing else, playing Yooka-Laylee made me feel like a kid again. 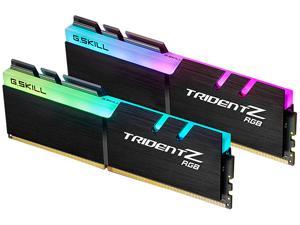 7.50 If you grew up playing 3D platformer collect-a-thon games like Mario 64, Banjo-Kazooie, Donkey Kong 64, Jak & Daxter, Spyro, and others, you’ll find a lot to love in Yooka-Laylee. It’s a faithful recreation of the formula that made games of the late 90s and early 2000s both so special and so frustrating.
7

Picking up the controller to play Yooka-Laylee fit like a glove, and it was incredibly addictive, but some of the core design decisions disrupted the flow from time-to-time.

Yooka-Laylee is a gorgeous game. Every world has a distinct design and it’s nothing short of a delight to watch in motion.

Platforming feels great, all of the abilities are mapped well, and you’ll feel like a kid again as you romp through this colorful world—but it comes with many of the same frustrations that all 3D platformers do.

There are tons of collectables to find and lots to do even after you "beat" the game, but other than achievements and satisfaction there is little incentive to keep playing.