Review: Wolfenstein: Cyberpilot is a disappointingly short chance to kill nazis in VR

Like the many Wolfenstein games before it, Wolfenstein: Cyberpilot is a game about wrecking Nazi face, helping the resistance, and using very large guns to do it.

Although Cyberpilot technically delivers on that account, it’s such a short, limited experience that it barely feels like a VR game coming from a triple A developer, and instead feels like an overpriced VR tech demo of the past.

For what it is, it’s an okay experience. You step into the boots of a hacker helping the resistance in Paris and take a tour through four levels, each about 10 to 20 minutes long depending on how quickly you solve some of the puzzles and objectives in between missions.

Each level introduces you to a new robot to pilot, which includes a flame spewing Panzerhund, a Nazi spy drone with the ability to cloak or incinerate its way through stealth missions, and a minigun and rocket launcher toting Zitadelle for when the party really gets spicy.

All of which concludes in the fourth and final level, where you use all three for short mini adventures to defend yourself from an invading force, before being forced to pick up a couple guns and start killing enemies as they storm your location.

Unfortunately, each level is only about the length of a few city blocks, with enemies clumped together in small groups along the way to break up the monotony. As you progress from objective to objective, you’ll get a chance to listen to your companions in the resistance, and throughout the small minigames in between the four levels you’ll have a chance to interact with each character in some fun and engaging ways.

These little tidbits of story were occasionally fun and engaging, but there just isn’t enough of it to really get drawn into the narrative. You never have a chance to see any of the other characters in person, and even after you complete the game you don’t get any kind of cutscene or payoff. You’re just left in an empty room waiting to be rescued with two guns glued to your hands.

The robots themselves are easily meant to be the main attraction with Cyberpilot, and for what it’s worth each robot plays differently than the other two, which does change up the gameplay from level to level.

Unfortunately, the size of the levels generally makes it feel like you barely get a chance to use each robot before you’re carted off to the next area. Which is probably a good thing, because aside from the Zitadelle most of the robots feel clunky and difficult to maneuver while using the default turning and locomotion settings, and even tweaking these settings seemed like they hurt the experience more than they helped.

No matter which robot you’re piloting, you’ll need to play to their strengths to survive. This pretty much means that you take the time to max out your DPS with the Panzerhund and Zitadelle by spamming all three of your abilities as much as possible, and then being as sneaky as a flying robot can be when you’re playing as the spy drone.

Stealth missions were a highlight once we got used to piloting our little spy drone around, but again the short length of the levels means that you really don’t get a chance to “do” much of anything. Most stealth encounters are just about choosing the right path through a set of cubicles or a factory so that you can zap any enemies patrolling the area.

Half a Wolfenstein Experience

Ultimately, Wolfenstein: Cyberpilot feels like a slow, sedately stroll through Paris, with a few groups of Nazis around to add a bit of flavor. The levels themselves look like you would expect from a Nazi controlled Paris, and texture quality is decent throughout the game, but there’s none of the attention to detail or interesting level design you would expect from a Wolfenstein title here.

A year ago, most people would chock this up to hardware limitations and early adopter tech, but Wolfenstein: Cyberpilot feels out of place among PSVR titles like Blood and Truth and even DOOM VFR, which managed to render visually appealing scenes while keeping action fast paced and exciting. 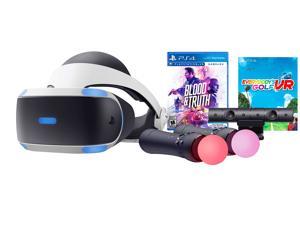 Wolfenstein: Cyberpilot has the basic framework for an interesting VR game but does so little with the tech that it feels like there’s barely a game to play here to play. Three robots on four extremely linear levels just isn’t enough time to do much with the gameplay elements we have.

Most of Nazi occupied Paris lacks the kind of detail and level design we expect from a Wolfenstein game, but textures look decent during most missions. The between mission puzzles look particularly good and offer a chance to get up close and personal with some cool Wolfenstein tech.

Although Wolfenstein: Cyberpilot tries to tell an engaging story it’s hamstrung by the short length of the overall experience. What story it does tell manages to hit home occasionally, but ultimately it feels too short for its own good.

Wolfenstein: Cyberpilot has a long list of comfort options to make traditional locomotion and the PSVR play nice. That said, the default locomotion is so rudimentary that even moving diagonally is a cringeworthy slideshow of snap to turn mechanics.