Capcom’s philosophy for developing fighting games is pretty clear. They want to make fighting games for fighting gamers. They are more concerned with making sure the hardcore crowd, the crowd that would spend their time at an arcade plugging quarter after quarter into their game of choice, is pleased enough to keep coming back, even if that means the casual crowd ends up suffering a bit.

Nowhere is this philosophy more apparent than in Street Fighter 30th Anniversary Collection, which goes to great lengths to recreate a pure arcade experience and does very little to add extra bells and whistles that entice players who aren’t interested in said experience.

Made for Offline With a Dash of Online

To enjoy 30th Anniversary Collection, you have to enjoy the pure sport of facing off against friends. More to the point, you have to have friends to face off with. Eight of these games are the purest of arcade ports, i.e. they have no online mode or training mode. They are simply ways to fight against your friends, and maybe the computer if you are bored and want to see some of the camp ‘90s ending screens.

The four that do include online play (Hyper Fighting, Super Turbo, Alpha 3, and Third Strike) implement it well. The netcode is some of the best that Capcom has ever produced. Even matches with poor connections run smoothly and I never found myself struggling to complete combos, or at the end of a cheap death due to a rollback. Matchmaking is also quick and painless, allowing you to jump into a ranked or casual match with barely any wait.

Unfortunately, Capcom flubbed when they chose which games should get the online treatment. Third Strike and Super Turbo are obviously the most popular titles. Alpha 3 is also relatively popular, but most Alpha fans would probably have preferred Alpha 2 the tournament standard. Finally, Hyper Fighting, while historically relevant, is not that fun to play. It’s just an inferior version of Super Turbo. It’s the only online game in the collection that I couldn’t find matches for. I don’t think anyone would have complained if Hyper Fighting were replaced with Alpha 2.

A Wealth of Games a Dearth of Modes

Each of these games also include a training mode, and the best way to describe it is, serviceable. It doesn’t include any of the major advancements training modes have gotten in the last few years. There is no hit-box viewer or frame data. However, you can record and playback dummies, which is more than could be said for the training modes present in the original console releases.

Speaking of the original console releases, forget them. The 30th Anniversary Collection doesn’t include anything that made these releases unique. That means you won’t find any of the balance fixes introduced in console releases. You also won’t find neat things like extra ISMs in Alpha 3 or mission modes in Third Strike. In short, there is nothing here, gameplay-wise, except the pure versus experience.

Aesthetically, however, there are a few options to tinker around with. Once again Capcom has included the option to play each game in a variety of visual modes. You can play the game in a letterboxed window, or you can stretch the screen to fit an HD aspect ratio. You can play with pure untouched sprites, or you can simulate a CRT TV or arcade cabinet. My favorite visual touches are the artistic borders that surround your screen when not playing in fullscreen mode. These borders are a mixture of new art, and official borders from Capcom arcade cabinets. It’s a small touch but it really plays to my arcade nostalgia.

Your Own Personal Museum

The 30th Anniversary Collection’s museum mode also caters to hardcore fans by including a comprehensive history of the Street Fighter franchise. Every time you select a game you will be greeted with a wall of text describing its place in arcade history, down to the most niche bits of trivia. You can also view a timeline that lets you see each Street Fighter release and its impact on fighting games in general.

The addition of these bits of trivia makes 30th Anniversary Collection an interesting historical exercise. Playing each game in order of its release allows you to see how the genre changed over times. You can experience the first integration of combos and special moves. You can pinpoint the exact moment when throws could be throw teched and random damage was removed for more predictable damage values. You can even examine the subtle differences in animation between versions like Hyper Fighting and Super Turbo. It’s a digital museum of Street Fighter content that hardcore fans will be happy to dive into, while being somewhat of an overwhelming information dump for the more casual crowd.

A personal favorite addition to 30th Anniversary Collection’s museum is the sprite viewer, which lets you see each individual frame of each animation from every single game in the collection. It’s sorted by character, so you can see exactly how Ryu’s Hadoken changed from Street Fighter 1 through Third Strike. It’s pretty interesting to see how sprite artwork evolved over time. It’s just another way that 30th Anniversary Collection lets you experience the history of Street Fighter in an interactive way.

Street Fighter 30th Anniversary Collection is exactly what it says it is in the title, a collection. This isn’t a great way to introduce yourself to Street Fighter, and if you are looking or the next big AAA fighting game with a story, a bunch of different modes, and lots of DLC, then you are going to be disappointed. This is an appreciation piece, a game to sit on your shelf and boot up every so often in order to reflect on how far Street Fighter has come.

It’s a museum in a box, so to speak, and in that purpose it succeeds. The only real issue is that the very concept of a Street Fighter museum isn’t necessarily going to appeal to more casual fighting game players, especially casual players who have become used to the extra modes and features in Capcom’s other retro revivals, like Street Fighter III: Third Strike Online Edition and Ultra Street Fighter II. 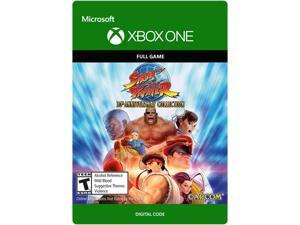 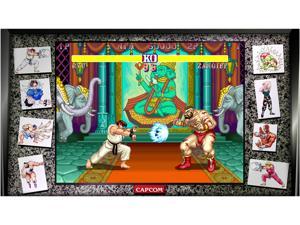 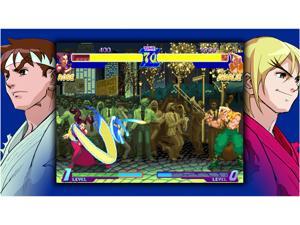 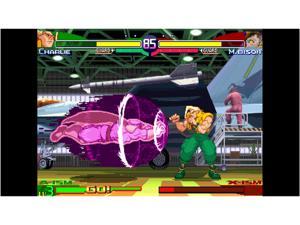 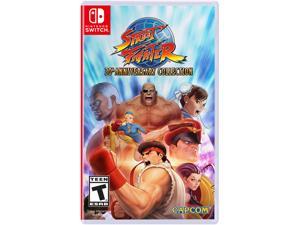 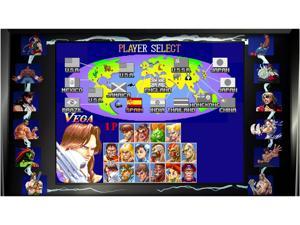 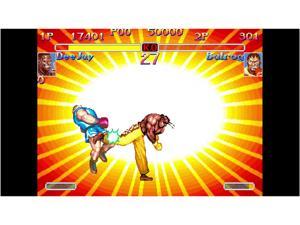 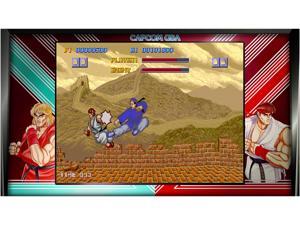 Every single game in the collection is a faithful arcade port of the original, all bugs, glitches, and balance issues included. They are still as fun as ever to play, though it would have been nice to see a few extra modes included to round out the package.

The netcode is perfect and it’s easy to find a match and get playing. I would have rather seen Alpha 2 get the online treatment instead of Hyper Fighting, but I suppose that’s personal preference.

Die-hard Street Fighter fans will absolutely need to purchase this collection. It’s like owning your own personal museum to Street Fighter history with an attached arcade. Heck, being able to play Third Strike online with improved netcode is worth the purchase alone.

Street Fighter games are all pretty high quality even without extra bells and whistles. However, the casual fighting game crowd might not immediately see the value in the game’s museum mode, or in including several different versions of Street Fighter II and III. In addition, none of these games are pad friendly, so anyone playing on the Switch, or with a basic PS4 or Xbox One pad is going to be frustrated.