Sayonara Wild Hearts is a game that defies genres. It sits halfway between a music video and a rhythm game, but the "game" elements are rudimentary, and far from the challenge you get from something like Guitar Hero. Its mechanics change from level to level, keeping you guessing and often serving up delightful surprises. It delves deep into its visual and audio aesthetic, and benefits from being played on a big screen with a good sound system (in contrast to many Switch and Apple Arcade titles).

Even more than most games, you need to see Wild Hearts in action to really understand it:

I usually save the discussion of visual and audio presentation for later in my game reviews, but in Wild Hearts the presentation is more important than the gameplay, full stop. The pink, purple, and cyan hues form cityscapes, forests, cars, and lots and lots of hearts, and you guide your avatar through the environments on motorcycles, classic cars, or flying through the air on tarot cards. It all makes exactly as much sense as it needs to in the game - no more, and no less.

While you explore these different worlds throughout the game's many stages, you'll be enjoying a very particular kind of synthy pop music. Each stage is built around a single song, and the gameplay mostly ties into the beats and movement of the music, so if you don't like this music genre, there's not a ton of appeal to Wild Hearts. The gameplay on its own isn't engaging enough to hold your attention without some love for the music with which you're playing along.

Wild Hearts is a largely on-rails experience in which you travel, avoid obstacles, collect things to earn points, and sometimes battle enemies. If you're familiar with the endless runner genre then you know what to expect, but that's also not quite right because Wild Hearts isn't "endless" and it is also much more experimental and diverse in terms of its gameplay.

In the space of a single level the angle of the camera might change several times, presenting you with a sidescroller view one minute and a behind-the-back racing experience the next. Different levels get even more distinct and experimental, with first-person obstacle dodging and timing-based fighting game mechanics.

You get points for picking up collectibles and for properly-timed button inputs. At the end of each level you'll earn a bronze, silver, or gold medal based on how well you did, and the main form of replay value the game offers is in returning to these stages later on to try to beat your previous high marks. There are also some subtly different modes to unlock, including one in which you can play through the entire experience in one go, with one contiuous score.

At its very best, Wild Hearts is a great experience, where gameplay, music, and visuals come together into something that will leave a big smile on your face. The highlight of the game is a good example of this: a level about halfway through the game's story mode in which rhythmic snaps swap the level into different versions of itself, with obstacles and collectibles placed in different spots. Going for a high score involves holding the layout of several different tracks in your head at once, and offers something akin to the experience of playing a game of Mario Kart where your car is transported back and forth between two different, simultaneously unfolding races. It's a fantastic experience.

Unfortunately, Wild Hearts doesn't hit these super high marks as often as would be nice. Most of the stages are good, but not transcendent in the way the snapping stage is. It's also fairly common for timing-based button press sequences to totally stall the music and dull the visuals as the game stops and waits for you to hit the button you're supposed to, you big slow dummy you, and those sequences really undercut the aesthetic flow of the stages in a clunky way.

On the plus side, Wild Hearts is wisely forgiving with its difficulty. Most stages aren't very hard, and those that do have tricky sequences will give you a prompt to let you skip over the trouble spot, once you've died a few times. On the negative side, many of the stages in Wild Hearts are too short, ending right when the experience felt like it was peaking. I found myself longing for a truly endless Wild Hearts experience, where songs and gameplay sequences would simply loop and blend together as long as I wanted to keep playing.

Wild Hearts isn't a game you play for the narrative, but there is clearly something going on here having to do with love, relationships, and life choices. It's more of a poem than prose. The game leaves you with a series of impressions, and different people can and will interpret what the game is trying to say differently. Trying to get the "plot" right feels very much like missing the point of Wild Hearts.

Wild Hearts is embracing and riffing on a very particular combination of visual and music elements, and you if you like what you see from the trailer and gameplay videos, you'll enjoy playing the game too. If it seems like your kind of thing then it's absolutely "worth it" for the $12.99 the game will cost you on most platforms. I wish it more tightly integrated its music and visuals with smooth gameplay (Ape Out does this well despite not really being a rhythm game) or offered more of an endless chill-out experience with fewer interruptions. Despite those limitations though, Wild Hearts was a fun ride I'd recommend to fans of the right sort of music. 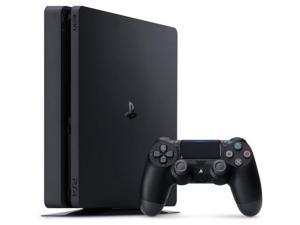 7.50 Wild Hearts is a game with a ton of charm, but it left me wanting more. It feels like it could have made the leap from good to great with some relatively minor additions and tweaks.
8

Wild Hearts is a game with a defined look and color scheme, which it explores in a number of dazzling ways.

Basic rhythm and "racing" elements aren't very engaging, and don't always have a strong connection to the music.

Wild Hearts feels like the kind of game which should have a variety of endless and party modes, but the actual options available (at least at launch) are sadly limited.

If you like the style of synthy pop music in Wild Hearts, then that aspect of the game will be pure joy.