Review: Mothergunship is a promising concept ruined by frustrating execution

On paper, Grip Digital and Terrible Posture Games’ new shooter title Mothergunship seemed like just the sort of game I would relish playing: a roguelike bullet-hell first-person shooter that allows players to craft and modify their own custom gun loadouts. In some regards, I did enjoy my time playing Grip Digital’s latest title since, under the right conditions, it can make for some crazy chaotic fun.

However, far too often I would also find my fun quickly derailed by certain gameplay mechanics, to the point where I can really only recommend Mothergunship to the most patient of gamers, and even then that recommendation comes with much hesitation.

Mothergunship’s meager story elements manage to do just enough world-building that the player feels like there’s a purpose behind all the running and gunning they’ll inevitably have to do. An armada of robotic alien invaders has conquered Earth, and the player’s unnamed, voiceless avatar is tasked with boarding the armada’s various ships, using whatever parts they can find to construct a suite of different firearms, and then wielding those firearms against whatever robotic enemies get in their way.

In-between missions, the player can upgrade their character and test out new weapons on their home vessel while also being treated to comedic banter from the rest of the vessel’s crew.

When it comes time to select a new mission, the player often has several options available to them, including a designated “main mission” and optional side missions that can grant extra resources or weapon crafting parts. Missions also have an associated difficulty rating, represented by a skull and a corresponding number.

But there’s no player-specific number to compare the difficulty levels to, so all you can really gauge from the different difficulty ratings is how hard they are in relation to each other. Some missions also restrict the player to using a specific weapon loadout, and that ties into what is perhaps Mothergunship’s most frustrating caveat of all: the limitations of its crafting system.

Square pegs and round holes

Mothergunship does the barest minimum in explaining how its various gameplay systems work, and that holds especially true for what is intended to be its flagship feature: gun crafting. Ideally, the system allows players to combine various connector parts, gun barrels, and gun-enhancing caps to create some truly wild firearms.

Imagine having a gun on one arm that fires saw blades, homing rockets, and spike balls, while your other arm fires shotgun blasts, lasers, and a flamethrower. As long as you have the requisite parts, the game’s crafting component allows for some truly awesome creations… though realizing the true potential of your in-game arsenal is often easier said than done.

For starters, your custom guns don’t carry over between missions, forcing you to keep assembling and reassembling new weapons each time you start a new mission. I get that this is meant to play into Mothergunship’s roguelike bullet-hell mentality, but it also kills much of the ongoing flow and synergy the game would otherwise have.

This lack of consistent crafting progression is also compounded by the fact that you can only take a limited amount of crafting parts into each new mission, and that initial number is often so low (think 1-4 parts maximum) that you’re forced to rely on the randomized shop rooms in each mission to find new parts.

Purchasing parts from a shop room requires the spending of gold coins that are dropped by defeated enemies, and during the early game hours you’ll find yourself constantly starved for enough coins to buy all the parts you want. UPDATE: That particular issue tapers off after a while, and you do eventually gain access to additional methods for purchasing parts with the coins you earn, but that just ties into what I said earlier about how the player often encounters game mechanics before the designated point where the game actually explains what those mechanics are.

Other frustrating elements that ultimately do more to ruin a player’s fun rather than enhance it include strict room transitions that don’t allow players to revisit rooms they’ve already been through (each mission is divided into a series of segmented rooms). Several times I would accidently back into a between-rooms connector hallway while trying to avoid enemy fire, thus unintentionally locking myself out of a potential boon I intended to use like a shop or an ability upgrade that an enemy dropped.

Then there’s the fact that lost player health doesn’t auto-regenerate, forcing the player to buy health-restoring items from shops, and god help you if you’re unlucky enough to go through several enemy-laden rooms with no shops in them, which can happen. Defeated enemies can technically drop health pickups as well, but the pickups give so little health back, and require you to expose yourself to additional enemy fire to get them, that it’s oftentimes not even worth it.

It is also possible to gain more health permanently by utilizing Mothergunship’s shallow RPG progression mechanics (XP gained from completing missions can be used to up your health, number of jumps, or movement speed), but again, the difference is so marginal that it means little in the long run. Besides, all the health in the world doesn’t mean squat if a group of floating robot mines sneaks up on you from behind and one-shots you in a fiery explosion. Oh, and did I mention that if you die at any point in a mission (some missions can take as many as 15-20 minutes), you lose all of your equipped gun parts and have to redo the mission from the beginning?

Again, I get that Grip Digital wanted to really embrace the whole bullet-hell angle, but when all of the above frustrations I mentioned come together, they make for an experience that peppers brief moments of cathartic fun into an overtly frustrating execution.

I am willing to admit that what I found so frustrating about Mothergunship’s gameplay and presentation could easily be repurposed as strong selling points for a different sort of gamer, one who enjoys the idea of a procedurally generated bullet-hell shooter with harsh penalties for failure.

However, for more casual gamers who may not enjoy spending upwards of 20 minutes on a single mission only to have all that time wasted due to a bit of bad luck in the mission’s final room, Mothergunship might not be the game for them.

Grip Digital has promised the game will be getting a two-player co-op mode in August, and it might honestly be a bit more bearable with a friend, but in its current state, there’s not a lot to like about Mothergunship unless you’re the masochistic sort who enjoys working hard for not much reward.

UPDATE: An earlier version of this review incorrectly stated that there was no use for gold coins in-between missions. The statement in question was the remnant of a paragraph that had been drafted during the reviewer’s initial playthrough of the game and which had been erroneously left in the review’s final draft. The paragraph has been altered to more accurately reflect the reviewer’s thoughts and impressions. 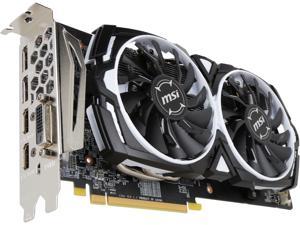 6.75 As I said above, I’m totally ok with admitting that Mothergunship might not have been made with my specific gaming tastes in mind. But when a game tries so hard to tell me how to play and, worse, punishes me so harshly when I fail, I just can’t for the life of me imagine that any sort of gamer could find long-term enjoyment out of what it offers.
8

The game has some impressively colorful visuals and weapon effects, but over time you’ll see the same small selection of different room layouts and hazard patterns over and over again.

The game’s music and other audio effects are serviceable, and the voice acting behind your NPC crew is mostly spot-on. But the game’s attempts at humor get old quickly, especially when you’re forced to listen to the same dialogue exchanges over and over because you have to redo a failed mission.

The moment-to-moment gunplay can be all sorts of crazy fun, especially when you’re blasting enemies with some monster-sized custom weapons. However, there are so many other factors that actively ruin the game’s potential that it’s hard to find any sort of long-term enjoyment.

If you enjoy the classic roguelike cycle of constant repetition with sporadic rewards, there is some value to be found in Mothergunship. Just know that there’s a lot the game does to actively ruin your desire to keep playing, especially if you routinely fail missions.