Mafia: Definitive Edition is fascinating to play in 2020.

It’s both beautifully modern and a relic of outdated design. It’s a showcase for modern sensibilities and aesthetics, and also a clear reminder of how game mechanics have evolved over the last twenty years.

The writing, performances, and visuals result in a truly compelling crime story that’s up there with some of the best traditional narratives in gaming, and this part of the Mafia experience absolutely holds up in 2020. Good writing is mostly immune to age, but the same can’t be said for gameplay.

That’s where Mafia: Definitive Edition struggles, and where it starts to show its wrinkles.

Back from the Dead

Knowing the history of this remake may help contextualize its shortcomings, and shed light on how it can feel simultaneously old and new.

Mafia was developed by Illusion Softworks in 2002. It was an ambitious game then; well-regarded for its serious narrative and (for the time) stellar visuals.

Mafia was a clear response to the seminal Grand Theft Auto III that was released only a year before. The mission design and DNA of the open-world were clearly inspired by Rockstar’s breakout hit, but what stood out about Mafia was the tone. There was none of the over-the-top parody and intentionally controversial elements found in GTA. Instead, Mafia told a more subtle story set against the compelling backdrop of fictional city Lost Heaven in the tumultuous 1930s.

The results were mixed. The narrative ambitions set Mafia apart from the sea of open-world clones, but the more restrained and less-polished gameplay didn’t measure up to GTA’s gleeful chaos. The game spawned two sequels, both relatively well-respected, but the franchise never found the foothold in the public consciousness of its more popular progenitor.

All three of the Mafia games have recently been repackaged and re-released on modern PCs and consoles courtesy of Hanger 13, a development team with a direct line back to the creators of the original game. As Mafia II and Mafia III are more recent, their upgrades are significantly less substantial. Both of those games have their own strengths and weaknesses but are absolutely worth checking out, even if they didn’t get the foundational overhaul the first title received.

Mafia: Definitive Edition is a remake of the original game, a far more ambitious project than the lighter visual tweaks and updates given to the other two titles. Every aspect has been completely redone, from the textures and lighting to the voice acting and controls. The idea was to take what worked in 2002 (the story and atmosphere) and update the rest to be more in line with modern standards.

As a remake, this experiment is mostly successful. Mafia: Definitive Edition makes the original 2002 game completely obsolete. Even with the many improvements, however, some gameplay elements show their age despite the exceptionally implemented visual facelift.

But what a facelift it is.

It’s not just the character models that have received a full makeover, the city looks beautiful as well. While the streets of Lost Heaven are still curiously empty, and the open world is smaller than that of its peers, the exquisitely rendered buildings, clothing, cars, and weapons contribute to a sense of place and time that’s consistently compelling. The varied interiors where most missions take place are also meticulously detailed, with an art museum and lavish mansion being particular standouts.

This remake’s visuals do the story justice in a way the original could not hope to match and make an excellent case for how visuals can contribute to narrative strength.

Mafia: Definitive Edition follows Tommy Angelo as he joins an organized crime family, works his way up the ranks, and then crashes and burns in a spectacular fashion.

The twists and turns are captivating, and the characters are mostly intriguing and interesting takes on familiar tropes. Though there isn’t anything particularly new here, the compelling writing and stellar performances from the cast result in a story that’s emotionally satisfying, even if the end does feel a bit rushed.

If only the gameplay could keep up with the narrative ambitions.

Mafia’s early 2000s origins are difficult to ignore, even with the extensive improvements added to this remake. It still embraces the formula established two decades ago by GTA III: receive task, drive to mission area, shoot many people, escape.

While this was compelling stuff in 2002, it’s less interesting now. It becomes challenging to take the story seriously when you know every mission will end the same way; that these otherwise very human characters will somehow survive impossible circumstances and shoot police by the dozen with no consequences.

This is an old video game problem that’s not unique to this franchise, but it feels particularly problematic here. The tension between relatively sophisticated storytelling and archaic gameplay is an off-putting reminder of the game’s origins.

Better, But Not Modern

Creaky as it may be, the gameplay is still much improved over the original.

The shooting is better, movement is smoother, and the implementation of a functional, if not particularly interesting cover system adds some level of complexity to the otherwise linear mission structure. By nature of this being a remake I understand Mission 13’s desire not to change the fundamental mechanics of the original title, but at the end of the day it simply feels outdated, and updated graphics can’t mask that fact.

The developers were aware of this it seems, and implemented some quality of life updates that help mitigate some of the older gameplay elements. The ability to skip unnecessary driving is a great example; this option reduces the amount of time spent driving through the city from location to location unless it’s directly related to a mission. This is a clear concession to the fact that this mission structure is outdated, but still helps alleviate some of the resulting frustration.

Other onerous features of the original are also scaled back, such as the unforgiving car handling and overly aggressive police. Many of these settings can be adjusted, so if you’re pining for the less-forgiving design of the original game, you’ll still have that option.

While driving through Lost Heaven is entertaining, and again, beautiful, there's really no reason to explore it outside of your own curiosity. Because of the game’s structure (and the ability to skip unnecessary driving), the city ends up being little more than a remarkably detailed backdrop to a series of linear missions. There are no side missions, no extra content, nothing to do in the city other than progress through the narrative, which makes me wonder why they included it at all.

I’m grateful I had the chance to explore Lost Heaven, but it seems like an awful lot of work for what essentially amounts to a hub world that can be mostly bypassed. What if the work that went into creating this city that’s barely seen instead went into improving the gameplay and mission design?

I can’t help but wonder if the strength of the game, the story, wouldn't have been better served this way.

Mafia: Definitive Edition accomplishes its mission: to take what worked about the original, and give it the overhaul it needed to be playable in 2020. The story is excellent, the game is beautiful, and the recreation of the city is stellar. As a remake it handily succeeds; there is no question this is the version to play, and that the level of care put into taking what worked about the original and updating it is commendable.

If you go in with the right expectations, Mafia: Definitive Edition will not disappoint. While it lacks the sprawling open-world or complex mechanics of other open-world titles, it impresses with its dedication to historical authenticity, fascinating characters, and a level of subtlety in its tone that many of its competitors lack.

All of this is hampered by gameplay that simply feels archaic, however, resulting in an uneven experience. Like an ancient skeleton with beautiful new skin, there’s a clear distinction between how the game looks and how it feels to play.

Mafia: Definitive Edition wants to tell a story above all else, and at that, it succeeds. It’s just a shame the gameplay wasn’t as artfully updated as the rest of it. 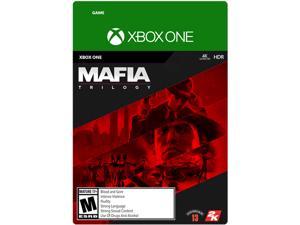 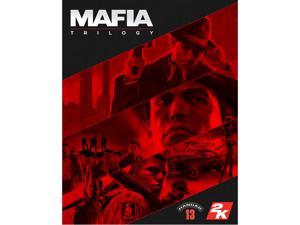 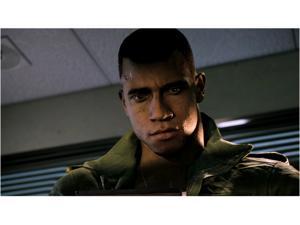 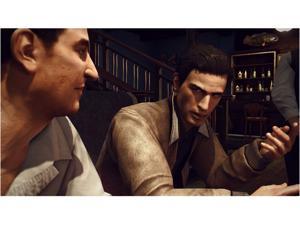 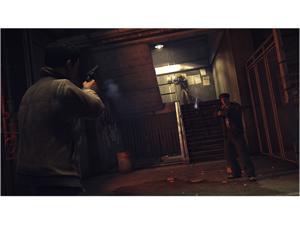 8.25 Mafia: Definitive Edition improves on the original in every way. It does this by telling a remarkable story bolstered by beautifully detailed visuals and excellent performances. The outdated mission design and gameplay keep it from ever feeling truly modern however.
9

The character models and environments are excellent, but what really stands out here is the attention to detail and the very strong sense of time and place throughout.

This is where the game truly shines. The narrative is well-written and performed, and though the story does cover familiar ground, it’s compelling from start to finish.

The period specific music adds a nice bit of ambience, and the sound of the guns and cars are satisfying. The voice acting is almost universally excellent, and this is a huge part of why the story works as well as it does.

Though this remake improves on the original game throughout, the actual mission design, gunplay, and driving feel out of date. While still entertaining, these archaic design elements are a consistent reminder of the game’s older origins.