Review: Hyper Light Drifter is better for not being Zelda

Hyper Light Drifter is a game often compared to Zelda, but it’s a comparison that is perhaps misguided. Yes, it is a top down action game where you travel over a large continuous world map seeking out dungeons – but the similarities end there. You’d be forgiven for making the comparison, considering it’s been made since the early days of the Kickstarter, but it’s a bad comparison nonetheless. In fact, if you are looking for a traditional Zelda-style experience, Hyper Light Drifter might disappoint you. But if you can toss the Zelda lens aside, you’ll find that it’s a beautiful and compelling game that deserves a spot outside of the Triforce’s shadow.

Too Hyper For Your Plot

Hyper Light Drifter doesn’t have much of a story so much as it has lore. It’s the post-apocalypse and ruins of a once great civilization are scattered everywhere. You, the titular drifter, are a badass ninja wanderer who can summon laser swords, and if that didn’t get you at least a little excited then you have no soul. You wander the wasteland for an ill-defined reason, seeking magical MacGuffins at the bottoms of dungeons for an equally ill-defined reason. But it’s not ill-defined because the game is poorly written. Rather, it’s because the game has no writing at all. All of the characters are silent, and the lore is delivered to you via cutscenes and splash art, which leaves much up to player interpretation. It also doesn’t help that much of the lore is hidden away in secret crevices, effectively making it largely optional.

In a way, the lore is just another reason to show you more fantastic pixel art, which is perhaps the game’s greatest strength. The environments here are absolutely beautiful.  Massive statues and monuments lie cracked and crumbled, grown over by moss. The world is colorful but in a poignant way, with deep reds punctuating scenes of mass genocide, and somber blues surrounding ruins that have long since seen the touch of man. It’s a feast for your eyeballs, easily the best looking retro-styled game on the market right now. The love and care put into the visual aesthetics is noticeable and profound, and is only hampered by the locked 30FPS framerate.

This is, perhaps, the first great way that Hyper Light Drifter sets itself apart from Zelda. Zelda loved to shove narrative in your face, with text box after text box telling you how evil Ganondorf is and what a natural hero you are, but even in the days of the 16-bit SNES, these stories came off as somewhat thin and half-baked compared to other games like Chrono Trigger and Final Fantasy. At times, the story would be a road block, a pause in the action before you can go off exploring again. Drifter is very self-aware of this problem, and handles it quite well. The story is there for you if you want it, and is expertly drawn when you do, but nothing gets in the way of the core gameplay element: dungeon exploration.

Drift In Any Direction

The dungeons, too, set themselves apart from Zelda in interesting ways. They aren’t really puzzle dungeons, per se. You won’t find yourself needing to pick up the fire-rod to get past a door. In fact, all the upgrades are optional. You can get through the entire game without getting a single new item, and that’s a pretty cool option for the hardcore gamers that are always looking for a new challenge.

The dungeons can also be tackled in any order that you want, making the game more non-linear than most modern day Zeldas. The game nudges you in different directions here and there, suggesting an order of completion that follows a smooth curve of difficulty, but in my opinion the game is better experienced when you simply “drift” as the title would prompt you to. The game’s planned course seemed a little backwards to me, with long and tedious dungeons coming first and fun and easy dungeons coming later.

The puzzle elements that you can find in dungeons are simple and intelligently laid out. Hop a moving platform here, lower a barrier there, flip a switch, find a hidden passage, and proceed on your way. You never find yourself scratching your head and asking “what do I do next.” The game has this impeccable sense of direction that always seems to give you just the right hints to keep the action moving, and the detailed map system doesn’t hurt either.

But puzzles are only a footnote in the dungeons. The real draw is combat, which has so little to do with the Zelda franchise that I can’t even use it as the main comparison. It honestly has more in common with Dark Souls than anything else. Your health is low and enemy hits are punishing no matter how upgraded you become. If you try to brute force your way through enemy encounters, you will find yourself dying over and over again. Sparse checkpoints cause deaths to wipe huge swaths of progress, which prompts the player to cherish their hit-points as golden.

The basis of the combat system is attacking and dodging. You have an absurdly quick dash that, while not invincible, serves to get you out of trouble if you can read an enemy’s attack. Most enemy attacks are telegraphed, and so battle ends up being this amazing dance of dashing away when an enemy strikes and then dashing back in when they are recovering from their whiffed attack. It really makes you feel like some sort of post-apocalyptic cyber ninja.

If you do choose to delve into the many upgrades that are available, you’ll find guns, grenades, upgrades to your sword and dash, and more. All of these upgrades have a sense of style to them, eschewing the basic “do some more damage” throwaways and instead focusing on changing the way you play, with upgrades like “sword strikes can now reflect bullets.” A single upgrade can make the difference between a dungeon being a painful and nearly impossible slog, and being a fun murder-fest. And this doesn’t feel cheap! It feels like a puzzle. It feels like you are being asked to build your character in interesting and thoughtful ways.

Which is why it’s such a shame that the resources needed for character upgrades are almost always hidden away in the last place you would look. Hyper Light Drifter has a ton of secrets for you to find, but these secrets can and must be found by attacking everything and pushing against every wall. It’s the kind of anachronistic pixel-bitching gameplay that needlessly pads out a game’s length. Checking everywhere for secrets will soon become a bore bogging down an otherwise smooth game, and prompting you to use a walkthrough instead of exploring the way the game intended you to. It makes you yearn for Zelda’s easily findable rupees, until you remember that Zelda’s upgrades were never quite this cool.

So Much More Than a Comparison

Looking hard enough at Hyper Light Drifter will bring more than a few flaws to the surface. Sometimes the game doesn’t respond well in combat, another artifact of its 30FPS frame rate, and this is just not acceptable in a combat system that is so twitchy. Bosses can kill you so quickly you can’t even formulate a strategy. Sometimes the game simply doesn’t operate correctly, missing enemy spawns and loading rooms in ways that make them unpassable.

But all of these flaws are not enough to hold Hyper Light Drifter back. It’s not a Zelda-knockoff, rather, it’s a beast all of its own, incorporating elements form Dark Souls, Ninja Gaiden, RPGs, and even bullet hell games. It scratches an itch I didn’t even know I had and can barely describe. It’s not perfect and it’s certainly not going to satisfy anyone looking for a bright colorful medieval adventure with annoying tutorial faeries, but it is a great new experimental game that shows that the top down action genre isn’t dead. At 20 dollars, it’s an excellent buy for action fans looking to spend some time as a pixel-ninja. 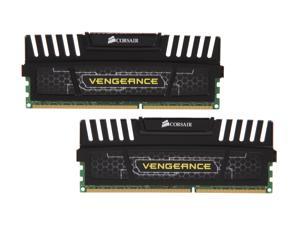 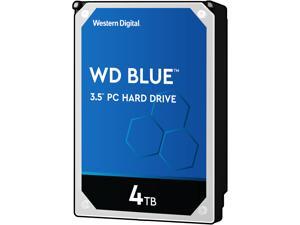 7.75 Hyper Light Drifter is a fantastic and unique experience that deserves to stand on its own merits, outside of Zelda’s shadow.
7

While the story is put on the backburner, it’s a treat for those who seek it out. The brilliantly designed pixel art cutscenes alone are worth the price of admission. Just be aware that you won’t be spoon fed the plot, and that can get frustrating.

The combat is close to perfect, but occasional slowdowns and dropped inputs hold it back. Still, this is what you will be spending most of your time doing in Hyper Light Drifter, and you won’t be disappointed.

Yes, I am giving a sprite-based game 10 out of 10 in graphics. Deal with it. This is EXACTLY what a sprite game should look like. It shows that graphical excellence is not a function of how powerful your technology is, but how skilled you are at using the technology available to you.

For as amazing as the gameplay is, crashes, poorly loaded rooms, and general glitches will break up the game every so often.