Far Cry: New Dawn is Ubisoft’s adventure into a world of pink paint and nuclear Armageddon. Although it has the occasional hiccups in pacing it plays like a capable final goodbye to the people and places of Far Cry 5.

You’re back in Hope County, but things have changed significantly since the collapse of society as we know it, and New Dawn manages to deliver a short, but satisfying experience that taps into the spirit of the Far Cry formula without covering too much of the same ground that we saw in Far Cry 5.

Out of the bunker

Far Cry: New Dawn takes place almost two decades after the events of Far Cry 5, and as you might expect society hasn’t exactly taken leaps and bounds forward in terms of progress after a long nuclear winter.

The twin villains, Mickey and Lou, are an interesting enigma because they still initially suffer from that odd Bond-villain level posturing and character development that Far Cry games have struggled with in the past. Fortunately, they manage to develop into something interesting by the closing scenes of the game, but they suffer a lot from lack of screen time in an already somewhat short campaign.

It’s important to note that New Dawn is meant to be a sequel for fans of Far Cry 5. The story is fun on its own, but there’s no doubt that it’s really meant to be a swan song to the events of Far Cry 5 rather than its own standalone title. Most of New Dawn’s story hinges on tying up loose ends and checking in with characters from the previous game. That's all a lot of fun if you played and enjoyed Far Cry 5, but it won’t add much to the experience if you didn’t.

As someone that loved Far Cry 5, the story was a rich minefield of speculation and suspicion, with an ending that satisfied something that Far Cry 5 left hanging with its nuclear twist.

Graphically Far Cry: New Dawn looks at least as good as Far Cry 5, but the wild color pallet and the post-apocalyptic twist adds a little extra flair that’s a nice change of pace from Far Cry 5.

Even with the same basic landmarks and time to scour the map Far Cry: New Dawn feels like a different world built on the bones of the Hope County.

There’s something special about wandering through the same two areas with an in-game time jump of almost two decades. New Dawn changes a lot of things across the map, but it also leaves some things the same, which creates a sense of eerie familiarity that any fan of Far Cry 5 will likely enjoy.

As usual for a Far Cry title, you also have a smattering of collectibles, outposts, treasure hunts, and random events spread across the map, which encourages you to explore the new Hope County while dodging Highwaymen and mutated wildlife.

The number of random events feels like it’s been toned down in a good way, and with the resistance system out the door pursuing these side activities when the opportunity presents itself is much more satisfying. Getting a skill point feels a hundred times more rewarding for my time than a few points in a resistance meter, especially when part of that reward is slowly increasing how many mags you can carry for your favorite weapons.

In general, New Dawn's systems create their own kind of pacing as you explore the environment, scavenge for materials, and then use those materials to upgrade your base and weapons, all while making your way from one story mission to the next.

This is arguably Far Cry: New Dawn at its best, especially when combined with the ability to reset outposts and go on special custom map missions called Expeditions. You’re never really locked into a single course of action to gather materials, but you find yourself progressively cycling through upgrades just to conquer new challenges as they present themselves in the story.

Weapons and base upgrades have real in-game rewards in terms of what enemies you can easily take down and how well you and your companions perform in the field, and they all feel catered to the apocalyptic setting. Cobbled together weapons, saw launchers, slingshots, and silencers made from spray paint cans will all grace your arsenal at one point or another.

Unfortunately, the most difficult challenges in the game often take the form of massive health bars that are difficult to penetrate until you either craft the appropriate tier of weapon or empty every bullet you have into their skull.

As a result, most of the boss battles feel a little too slow and grindy, and you’re often left running in a circle around a closed environment, reloading and healing more than fighting.

Far Cry: New Dawn shines brightest with the way it ties up the story of Far Cry 5 in a wild little romp through post-apocalyptic Montana.

The revelations about character identities, the déjà vu feeling of walking through places 17 years apart, and the chance to finally see certain characters find justice, absolution, or love makes Far Cry: New Dawn a must-play for anyone that loved anything about Far Cry 5.

There’s no telling where the Far Cry franchise will go from here, but it’s nice to see Hope County and Joseph Seed’s story come to a proper close. 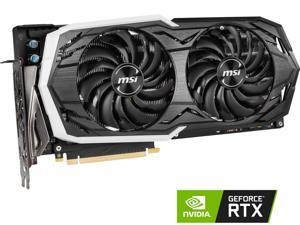 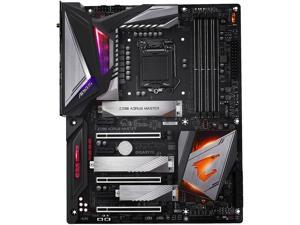 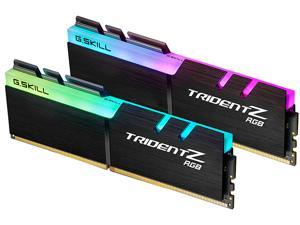 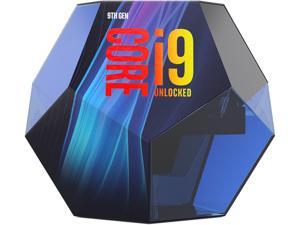 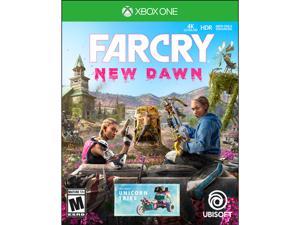 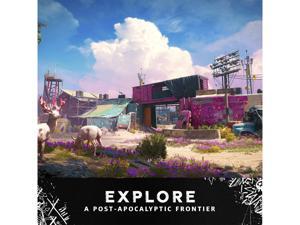 8.00 Far Cry: New Dawn is a well-put-together Far Cry title that does a great job of bringing the story of Hope Count to a satisfying conclusion. It’s fun for all the reasons Far Cry is fun with some addictive survival and base-building elements that shake up the formula just enough to make New Dawn stand well on its own.
8

Far Cry: New Dawn’s story is a little hit and miss due to the short screen time it gives its two headline villains, but it manages to make up for it by bringing the story that Far Cry 5 started to a satisfying conclusion.

Far Cry: New Dawn already has a decent amount of replay value just in the sheer variety of encounters it offers, but the way New Dawn handles Outposts and Expeditions is a cherry on top that sets it apart from Far Cry 5 in a good way.

Although Far Cry: New Dawn isn’t a huge step forward from Far Cry 5 in terms of graphics, it manages to deliver on some pretty fantastic environmental design that makes Hope County feel like a world both alien and familiar after a post-apocalyptic event.

Far Cry: New Dawn struggles with its boss battles, but the survival gameplay and FPS mechanics are implemented well and represent an interesting new way for Far Cry to handle exploration and crafting.