Donut County is a lot more fun and well-rounded than you might expect from a game based on a tweet from a parody twitter account. The game inverts Katamari Damacy-style object-collection gameplay and gives players control of a mobile hole in the ground. The hole grows larger as more objects fall into it, until eventually you're able to drop entire buildings into your own personal void, wiping stages clean as you complete each level.

But there's more to Donut County than just the core gameplay. So much more, in fact, that the gameplay eventually takes a backseat to the charm and humor that really makes the game stand out.

In each of Donut County's levels, you start in control of a small hole, which you can move beneath tiny objects like blades of grass and crumpled pieces of paper. The objects fall in, and with each one the hole gradually gets bigger. Once the hole is big enough larger objects will drop into it, and the camera perspective will shift a few times as you progress through the stage and upwards in size.

Even young gamers will be able to master this basic gameplay quickly, and the lack of timers or fail-states in most stages means that you can take all the time you need to experiment with a level to discover its quirks.

Most stages in Donut County have one or two special elements to them that need to be mastered, and that provide some much-needed gameplay diversity. You might need to arrange things so a lit firework falls into the hole, then quickly shift the hole so the firework can be used as a projectile weapon elsewhere in the level. Other times you'll need to find a way to empty water out of the hole so that more objects can be dropped down into it.

The twists in each stage are enough to make you smile and chuckle, but rarely rise to the level of actually being challenging for more than a minute or two. The lack of difficulty is perfectly in keeping in with game's overall style as a chill and funny experience, but players hoping for a more demanding puzzle experience won't find that here.

Donut County's sense of humor shines throughout, and the story of a town full of talking animals plagued by holes driven by mischievous raccoons unfolds with absurdist twists and turns. Developer Ben Esposito has been putting out experimental indie titles with great senses of humor for years, and Donut County is the most highly polished and consistently funny one yet.

In between the actual gameplay, Donut County is full of hilarious conversations between the game's eclectic cast of characters. There's no voice acting in the game, just charming sound effects, but the writing is strong enough on its own to have you laughing out loud.

The dialogue is authentically, casually funny without ever feeling like it's trying to hard, and the cast of characters is strong enough to sell me on another future game in this world all on their own, whether or not it has anything to do with the "stuff dropping into holes" gameplay of Donut County.

After completing stages you'll be able to explore a gradually expanding database of items you've encountered in the world, all with humorous descriptions written from a raccoon's point of view. These jokes are fantastic throughout, and serve as satisfying rewards for progressing through each of the game's levels.

Fun music and a few hours of fun

If you're decent at games and take your time to enjoy the experience you'll probably finish Donut County in a couple of days. It's probably possible to "beat"  the game in as little as two hours if you skip through all the dialogue and don't read the item entry descriptions that come after beating levels, but since the humor is the best part of Donut County, you really shouldn't be playing the game that way.

The game's sense of humor even extends to its soundtrack, which is mainly layered beats and funny sounds that grow in complexity as you progress through a level and trigger certain events in the stages. The music will have you bobbing your head, and you'll notice its absence when the game drops it out for comedic effect.

Donut County is a relaxing, thoroughly entertaining experience. It won't have you stretching your puzzle-solving skills, but it also isn't likely to frustrate anyone. It's fun, funny, and absolutely worth your time. 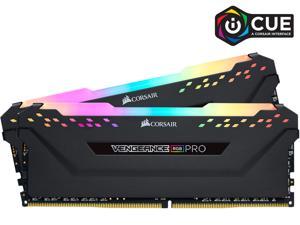 8.00 Donut County's gameplay doesn't offer much of a challenge, but the mechanics work as an engaging core for a game that delivers so many charming characters and genuine laughs.
7

Donut County could benefit from a slight increase in challenge and gameplay depth, to help make its mechanics as interesting as the story its telling.

Donut County is funny without trying too hard. It's funny like a friend.

There's no built-in incentive to play Donut County a second time, but it's a good game to show off to non-gamer friends and family members.