Review: Dawn of Andromeda is a complex space simulator

Dawn of Andromeda is a space themed RTS or a 4X ("eXplore, eXpand, eXploit, and eXterminate) strategy game, and is the first game developed by Grey Wolf Studios.

For those of you unfamiliar with the subgenre, it’s essentially a Galactic Empire Expansion Simulator. The idea is to slowly grow your Empire by managing resources, relationships, finances, and combat if you fail at diplomacy.

When one thinks of space adventures, galaxy spanning adventures like Mass Effect or the deadly abandoned space stations from Dead Space or System Shock might come to mind. Dawn of Andromeda is nothing like those titles. This is a hardcore space bureaucracy simulator, and though it does possess similar sci fi trappings, it’s a much more slow paced, tempered affair.

If you’ve got the patience to learn its intricacies, it can be a remarkably unique and rewarding experience.

Dawn of Andromeda is avaiable for $30 now on Steam.

The 4X genre has been around for a long time, and for those of you used to more modern (see: accessible) games, you might be in for a shock. Though Dawn of Andromeda is not the most complex 4X strategy game around, it’s significantly more complex than your Starcraft or Warhammer 40K RTS games. This game is less about combat (though you can go to war) and much more about sifting through pages and pages of text and numbers in order to decide how to proceed.

The goal here is to expand your empire, and that means creating colonies, tending to their finances and resources, conducting diplomatic negotiations with the interesting aliens you meet along the way, managing agriculture, policy, scientific research, and plenty more. That’s before you make someone angry or intentionally declare war on your neighbors. Hey, cosmic genocide happens. That’s what reloading saves is for.

It might sound overwhelming, and it is at first, especially to newcomers to the genre. It’s very much a slow paced game, a game that requires careful planning and forethought before executing even the simplest command, because consequences can be dire.

I wasn’t sure I enjoyed it at first, it felt like too much to take in. As I continued to play however, I organically began to understand the systems, and eventually the intricate systems clicked without me even noticing.

After a few hours I was reveling in the level of control the game provides, in the freedom to move your Empire (mine was super duper evil as any good Space Empire should be) in whatever invasive way I chose.

There’s a tutorial that attempts to present the systems in a digestible way. Though these explanations are certainly helpful, I found the best way to learn was simply to play and not be afraid to make mistakes. It’s easy to get yourself in untenable positions, especially if you play the game at an accelerated speed.

Due to the “real time” element (a single research project can take in game months for example) Rise of Andromeda allows you to control the passage of time. You can stop time entirely if you have a lot of work to do within menus, let it pass at a slow speed, normal, or fast. The inclusion of this feature is critical, otherwise it would be too ploddingly slow for even the most dedicated Galactic Emperor.

Games of this type live or die by their AI, and luckily it feels sufficiently intelligent here. The dialogue is well written, and at times quite funny (especially the grumpy, self loathing Terrans) and the responses to your offers and overtures are varied and reasonable.

Diplomacy and politics are an integral part of the game, and though Dawn of Andromeda is not terribly heavy on story, the established universe was interesting enough to keep me engaged and coming back for more.

Luckily you can save at any time, so reloading will quickly become your friend, especially when you start making alien enemies.

Dawn of Andromeda is a visually straightforward game, though there is a loving attention to detail that helps it stand out.

The basic presentation is a sort of grid based visual system that’s representing the galaxy. You zoom into solar systems with the mouse, and move the camera with WASD or the arrow keys. You click on planets or ships to bring up menus, and that’s where most of the game is played.

The planets look unique, as well as the ships, and the alien races stand out as particularly creative. It’s a little more of a cartoony presentation than something like Mass Effect, but similar in terms of tone.

I wouldn’t say it’s a beautiful game, but it looks perfectly fine with splashes of genuine artistic spark, and to it’s credit, runs incredibly well. I experienced no real bugs or crashes even right after launch, and it kept a stable frame rate at 4K. Though it isn’t terribly resource intensive, Grey Wolf should be applauded for creating such a stable piece of software, especially as it’s their initial effort.

The sound design isn’t as engaging however, as there really isn’t much to speak of. The ambient music is perfectly nice and in line with the ponderous tone of the game, but sound effects are sparse, and voice acting is non existent.

I wouldn’t mind a little more dynamic audio, but this is a game that thrives on its systems and AI, not on its aesthetic presentation.

Dawn of Andromeda is not an easy game to review, because the strength of it lies within how you choose to play. The sheer multitude of options under your control is an absolute strength...if you take the time to understand them.

It’s difficult to describe the systems in detail as there are so many, but if you’re the type who enjoys micromanaging to an almost fanatical degree, Dawn of Andromeda can scratch a very specific itch.

Dawn of Andromeda is about the minutiae of running an Empire; think StarCraft’s older calculus major of a brother. You won’t be controlling a space fighter in epic battles, you won’t be gunning down aliens with extreme prejudice, but you will be figuring out how to properly tax your colonies to fund your scientific development, and that can still be pretty awesome. 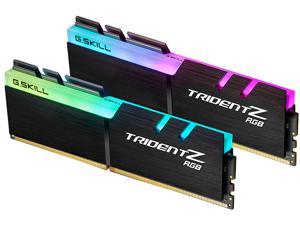 7.75 Dawn of Andromeda is a thinking man’s space simulator, with a complex network of systems that give you control over your expanding galactic empire. Though the level of control and and minutiae might be a turnoff for some, once you understand the systems it becomes a satisfying foray into space bureaucracy.
9

The gameplay is primarily text and menu based, and provides you with a stunning level of control over how your empire unfolds. Do you want to be the benevolent expander of economy for your people, or a hawkish warlord with expansionist tendencies? You can do it all, or anything in between, as long as you don’t mind numbers and text.

The game looks perfectly fine if a bit underwhelming, with a nice attention to detail and variation in the aliens and planets. Nice music aside however, the sound design is too sparse.

This game is almost infinitely replayable, because of the sheer amount of interacting systems based on choices you make. No two playthroughs will be the same, and that’s one of Dawn of Andromeda’s most attractive features.

The story is a fairly straight forward space opera, with alien politics and cosmic events aplenty. The writing is intriguing however, and the dialogue of the different races is very entertaining.