Review: Batman: Arkham Knight is a fitting end to the trilogy

Ed. Note: We are aware of the issues surrounding the PC version of Batman: Arkham Knight, and anyone considering getting this game for PC should take those issues into account. However, as explained in the review below, we were able to play the game without issue on our hardware (which you can check out along the right side of this page). This review is based on our own gameplay experience.

When Rocksteady Studios made Batman: Arkham Asylum in 2009, it was safe to say that it was the best video game based on a comic book character ever made. In 2011, they followed Asylum with Batman: Arkham City, which expanded the world and improved on every aspect of its predecessor. When it came time to begin work on the next game in the Arkham series, Rocksteady wanted more time so publisher Warner Bros. Interactive tapped their in-house development studio Warner Bros. Games Montreal to develop Batman: Arkham Origins, a prequel to the Arkham series. The response to Origins was a bit lukewarm because it didn’t bring anything new to the series in terms of gameplay, which in turn made the next Arkham game from Rocksteady even more anticipated.

Now in 2015, it’s finally here: Batman: Arkham Knight. The game takes place one year after the events of Arkham City, which saw the death of Joker, and Gotham, while seemingly peaceful at the moment, is anticipating something drastic. And drastic it is.

Now that Joker is gone, Scarecrow is intent on ruling Gotham or at least destroying it. He plans on releasing a chemical that’ll make everyone lose their mind and kill each other in the streets. Batman has to stop him but unfortunately Scarecrow has help in the form of the Arkham Knight, not to mention, Batman may be going crazy himself.

Rocksteady Studios revolutionized the third-person action game with Arkham Asylum and continues that evolution in Arkham Knight. Players familiar with the Batman Arkham games will feel right at home when firing up Arkham Knight. There was a comfort when I was gliding around the city, grappling buildings, and knocking out goons with quick punches, kicks, and counter attacks.  But early in the game, I got a new suit and with it, a handful of new abilities.

The Fear Multi-Takedown ability allows you creep up on unsuspecting enemies and surprise them with immediate knockouts. You start with the ability to takedown three enemies but can upgrade to five, which comes in handy when you’re stalking larger groups of goons. In addition to the Fear Multi-Takedown, there’s also the Environmental Takedown where you’re able to smash an enemy’s head into an electrical box or ceiling light. Once you’re the midst of a rumble, you can now take an enemy’s melee weapon, like a bat or a pipe, and beat them down like they stole something.

The action is pretty exhilarating. I was able to smash down into a room from a glass ceiling, take out three or four goons with the Fear Multi-Takedown, grab another guy and ram his head into a light with the Environmental Takedown, snatch another dude’s bat, beat him with it, rough up a couple of other hooligans, finish the mission, and continue on my way without being touched. A lot of the Takedown action happens in slow motion, while the other action is fast, but in the end, it’s your favorite comic book fight scene in any Batman story coming to life in a video game.

Your sidekick’s a tank

Throughout the game, the Batmobile is your trusty sidekick. The vehicle comes equipped with cannons and guns to take out enemy tanks and drones, a wench to pull down walls, transfer computer viruses, and pull itself up walls from time to time. Before the game was released, die-hard Batman fans were concerned about the Batmobile being weaponized and having free roam in the streets of Gotham because of the Batman’s “no killing” vow. Don’t fret, die-hards, Rocksteady worked around this by supplying the Batmobile with “Riot Suppression” ammo when firing at humans, which knocks them out when hit. Plus all the enemy tanks are unmanned, remote controlled vehicles. And if you try to hit any pedestrians (which are just hoodlums who have taken over Gotham, all of the citizens have been evacuated), the Batmobile sends out an electrical shock sending them out of your way. So yeah, Batman isn’t killing anyone with his car.

A good portion of the game’s missions and tasks require the Batmobile. Whether it’s chasing down some goons for intel, battling tanks and drones, or carefully detonating bombs embedded in the streets, you’ll be spending a good amount of time in the car. It’s a good thing Rocksteady made controlling the Batmobile a breeze. I’m used to arcade racers having the left trigger mapped as the brake, but the left trigger here puts the Batmobile in battle mode giving you access to the aforementioned cannons, some missiles, hacking tools to hack other tanks, and an EMP blast, when you just need to shut everything down. At times I felt a bit overwhelmed battling so many vehicles at once, but the controls for the Batmobile are incredibly easy and responsive. It’s just about timing and getting out of the way. And like Batman’s suit, the Batmobile can be upgraded. I highly suggest upgrading the armor and the cannon’s reload speed first because you’ll need it early on in the game.

The Batmobile also comes in handy when you’re not driving. If you’re fighting in the streets, the Batmobile will offer a handy assisted takedown, making for some pretty cool visuals. A remote control for the Batmobile is also a part of your gadget arsenal which allows you to control the car to take out some turrets or blast open a wall when Batman is stuck in a tough situation. While the Batmobile missions may be more than what people may have expected, I certainly enjoyed it and it definitely breaks up the monotony of straight beat ‘em up gameplay.

The city of Gotham and its stories

I played the PC version of Arkham Knight on Jackhammer, GameCrate’s official gaming PC, with BenQ’s XR Curved Monitor and it looked fantastic. Aside from a few sputters during the animation when entering the Batmobile and the FPS cap at 30, I didn’t experience any of the problems many PC players were experiencing with the game. If any dark, rainy, dirty and downtrodden city could be beautiful, it’s Gotham in Arkham Knight. Gotham is separated into three islands connected by bridges, all free to roam and it’s pretty huge. The Batmobile is a welcome addition at least for traveling purposes, although I did find myself gliding towards missions just to be among the city’s skyline.

While the game’s main story revolves around Scarecrow and his undertaking, the game’s side missions are excellent side dishes to its main course. They’re like little vignettes that you might find in a special issue of a Batman comic. Whether it’s solving a serial killer case, chasing down Penguin and Two-Face, hunting the Man-Bat, or finding kidnapped firefighters, they’re all great diversions from the main story campaign. For the most part, you’ll find yourself driving or gliding to one mission and come across a dead body from another mission or one of Firefly’s burning buildings and won’t be able to stop the urge from diving in. Among these missions, you also get to join forces with (and play as) the likes of Catwoman, Robin, and Nightwing to do some remarkable double-team takedowns.

It’s also encouraged to do a lot of the side missions because not all of the abilities you need later in the game can be unlocked by solely doing the main story mission. At one point, I had to go back and do a bunch side missions so I could earn enough XP and Waynetech Upgrade points to get some abilities I needed to complete certain tasks.

Finally, while Kevin Conroy does a phenomenal job voicing Batman, which is expected, it’s John Noble voicing Scarecrow that steals the show. Noble does an excellent job coming across as a smart and diabolical but still creepy villain, so much so, that I was captivated by some of his longer-winded monologues. He’s so good. The score of the game is top-notch too. The music gives the game that Hollywood blockbuster action movie feel, in particular, the music during Firefly sequences adds to the intensity and tension to the task at hand which makes the experience pretty adrenaline-charged. 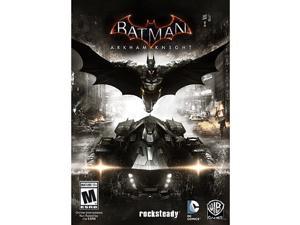 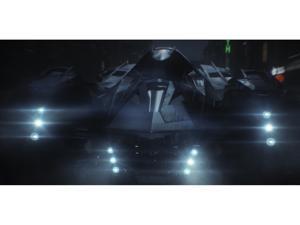 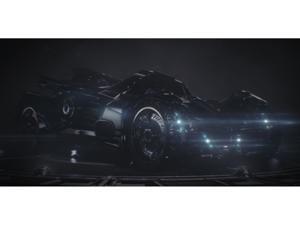 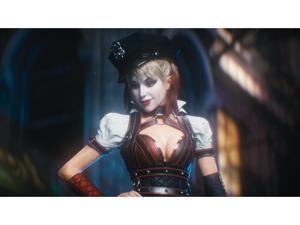 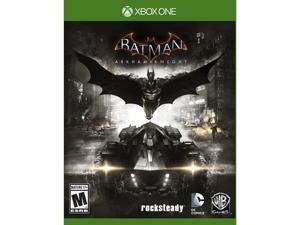 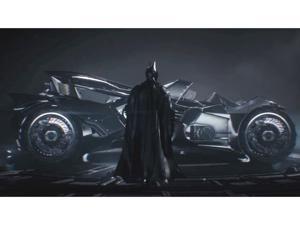 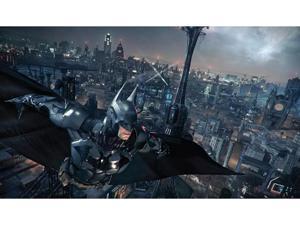 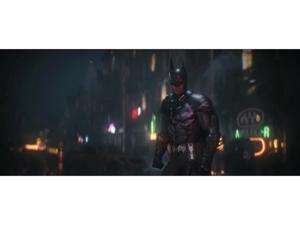 9.75 The Batman Arkham trilogy from Rocksteady Studios ends with Batman: Arkham Knight and the result is a fantastic adventure in the gritty streets of Gotham, clashing with super villains and saving a city you love. Be the Batman, indeed.
10

The gameplay is as smooth and fast as ever. From the hand-to-hand combat, the gliding, the use of gadgets, and driving and battling with the Batmobile, Rocksteady hit it out the park.

Even with a cap at 30 frames per second on the PC, the game still looked great. The city of Gotham feels alive (although populated with a bunch of ruffians), the action animations are exceptional, and the entire art direction of the game should satisfy any comic book fan.

For those familiar with some of the Batman canon, the main story is very similar to a well-known Batman story, which might be a letdown for some, but that doesn't mean it's a bad story. There's plenty of twists and turns before you get there and to keep you moving forward to see what Scarecrow and the Arkham Knight have up their sleeves to try and stop you. Plus, the side missions, again, are terrific diversions. Oh, there's also a second ending.

Kevin Conroy as Batman and John Noble as Scarecrow delivers. After this, I want John Noble to do more video games. The game's music was on point too.