One of the things you can always expect from Astro headsets is consistency and familiarity. While Astro may not veer too much from the design and look you know them for, the quality and sound is always top tier. And this is the case for their latest gaming headset, Astro A20 Wireless Gen 2.

If you’re at all familiar with Astro’s previous A20 wireless headsets or the high-end A50 wireless headsets, they came with a wireless transmitter that was usually wired to your console or PC in some way. For the Gen 2 A20s, Astro is keeping it simple with a USB stick 2.4 GHz wireless transmitter that you can just plug in to your console or PC. Connecting the headset to an Xbox One X was quick, automatic, and seamless.

The single-scroll wheel to balance the game sound and voice chat makes a return, as does the one-button equalizer that offers three sound choices, which can still be programmable using the Astro Command Center software on your PC. We chose to stick with the preprogrammed equalizers, which worked out fine for us.

The headset comes equipped with 40mm Neodymium drivers and offers an immersive, rich sound. We used the headset during sessions in Destiny 2, Assassin’s Creed Valhalla, and music game Fuser, and everything from the music, gun blasts, and footsteps in the universe were crisp, clear, and all-encompassing. When chatting with clanmates in Destiny 2, everything was clear, on both ends. By the way, the mic is not removable.

The marketing for the headset boasts a 15-hour battery life, and it seems to live up to that claim. Not that I would have 15-hour sessions, but I could have daily 3-4-hour sessions and not have to recharge the headset for a few days. And when it came time to charge the headset, it only took a few hours to fully charge. Playing on Xbox One, you’re shown how much charge the headset has, and if I had a bar left after my gaming session, I would just plug in the headphones so they’d be ready the next time I played.

When it comes to design and comfort, Astro tends to stick with its signature look and feel. The headset is light, and although made of plastic, doesn’t feel cheap. The earcups continue to be the soft cushion and cloth material that is prevalent in all of Astro’s headsets. The headset fits on my head comfortably. So comfortable in fact, that I thought it wasn’t fitting tight enough around my ears to cancel out the outside noise. I was wrong. Once the sound came through the headphones, everything was great.

As mentioned before, Astro has stuck with the same look for their line of headsets for a long time, and at this point, they look a bit outdated. While I consider Astro headsets one of the premium brands out there, they really don’t look like it. The A20 Wireless Gen 2 headset, in particular, looks like a toy headset made for kids when they first start gaming. I think it’s time to move beyond this look and create a design that’s more mature and sleek to fit with the quality sound the headset offers. 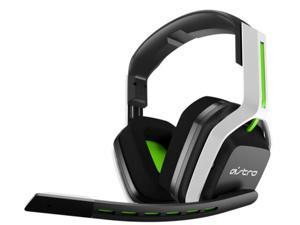 8.75 As with most Astro headsets, you’re going to get good quality sound and comfort.
10

Astro once again delivers a great headset with quality sound.

Light and comfortable. Perfect for those long gaming sessions.

The battery meets its 15-hour expectation and then some. Plus it charges quickly. The headset also features a solid pre-programmed sound design that you can customize using the Astro Command Center.

While the headset sounds great, the look is a bit outdated.

Overwatch 2’s campaign finally fulfills an old Blizzard...
News
Mar 01, 2021
Overwatch has been an enormous success for Blizzard. It ’ s even more impressive when you remember that this is the first multiplayer shooter the company ever...