Review: Abzu is the peaceful underwater adventure you may not have known you needed

There were a few moments during my playthrough of Abzu where I felt my eyes getting heavy. Not that it’s a boring experience — it's just really relaxing for the majority of its two-hour duration. The game took me away to a tranquil place and allowed me to shut out the rest of the world for a few brief, peaceful hours. I hate to make the comparison because Abzu is worthy of its own merit, but it's a lot like Journey in that sense. This is a game that you play to get fully lost in and enjoy.

A World of Mystery

As much as I don't want to, it's hard to keep from mentioning Journey when talking about Abzu considering that Matt Nava worked on both games. It definitely shows, too, as the art director's signature flair is very present in this debut from his new studio, Giant Squid. Abzu takes place entirely underwater, but rather than having a static presentation, the game constantly evolves and gives you new scenery to feast your eyes upon.

At just two hours long, the deep-sea adventure is over quickly, and it doesn't waste any time in taking you from one breathtaking area to another. Naturally, you'll see a lot of blues, but you'll also see pinks, yellows, greens, reds, and oranges. You'll explore seaweed and algae in lush kelp forests. You'll swim alongside schools of fish, ride turtles, and bear witness to a great white shark. You'll even blast through jet streams. So much goes on visually in such a short period of time that you'll reach the end before you know it.

My favorite moments in Abzu were those where I'd visit what seemed to be the remnants of an ancient civilization. The game's art tells a story that no words ever could. It's a mystery that I'll never get the answers to or fully understand, but it's one that I'm just pleased to ponder and take in for all of its vagueness. Those moments, those big environments, are the primary reasons why I look forward to revisiting Abzu sooner rather than later.

Aside from just being an aesthetic masterpiece, Abzu also hits a few technical highs. There are beautiful reflection and lighting effects around every corner, adding a bit of realism to this otherwise art-driven world. Hundreds of fish big and small swarm the screen at once with no slowdown whatsoever. Given that this is an underwater adventure it's expected to flow smoothly, and it does just that with no hiccups, though admittedly I did find the loading screens between big areas a bit lengthy. Aside from that, though, the game runs smoothly and looks gorgeous.

Abzu is an audiovisual tour de force, treating your eyes and ears to beautiful sights and sounds from the moment you start playing to the moment the credits roll. Featuring a grand score from Austin Wintory, the music hits the perfect notes as you delve deeper underwater. If I were being nitpicky, I'd say this isn't Wintory's best work, but even then it's still so good that it's hard to find fault.

Playing Through the Game Is Its Own Reward

The story of Abzu isn't as open to interpretation as you would expect. It's fairly minimalistic, and though you could see some occurrences as metaphorical, the wordless plot here is more or less straightforward. There are a few intriguing revelations you'll discover about the mysterious player character as well as the world around you, but other than that the story isn't exactly deep.

Abzu is one of those games that's a visual spectacle first – which is why I spoke in detail about its art before talking about how it actually plays – but its gameplay is also quite strong. Like the story, there's nothing too complex about the mechanics of Abzu. That said, this is a game that thrives on intuitive controls, nonexistent UI, and basic objectives. Or rather, just one objective: to swim.

For its movie-length duration, you'll swim from one lovely locale to another. There are a few puzzles to solve, but these are simple and won't cause you any frustration. They don't even feel much like puzzles, to be honest. That's definitely not a knock against Abzu, because this simple design is meant to keep things moving forward at a consistent pace, and the game does so successfully.

I don't want to talk about any specific moments in the game in great detail because doing so would spoil the sense of discovery. I will, however, say that there are a few instances mixed between all of the serenity that are actually quite gripping, such as a couple of horror-esque encounters, a few smile-worthy moments, and an empowering late-game sequence.

There's some optional item collection, but this is limited to hidden seashells you can seek out. There are also small pools that allow you to release different species of fish in specific areas. These activities feel a bit game-y and, to be honest, Abzu doesn't really need them. If you're feeling especially zen, you can sit on a meditation stone and zoom in on different creatures to observe their behavioral traits. I did this once before realizing that I preferred to just explore and move along rather than stay in one place for an extended period of time.

If you've had a rough day, Abzu could bring your mind some much-needed ease. If you're stressed out, the game's calming nature will give you a nice dose of peaceful relaxation. If you just want to enjoy a visual spectacle filled with lush art, wonderful sound, flowing progression, and cathartic swimming gameplay, you'll get that here.

Abzu is a rare game that can actually transport you to a different world. And when you get there, you'll find one of the most wondrous, tranquil experiences you could ever hope for. 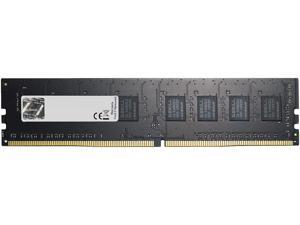 8.00 Abzu is one of those games that comes along and manages to capture you into its world, allowing you to shut out all of the stress and worries of your own life. It successfully allows you to live in its dream-like environment for a few hours and delivers tranquility you may not have even known you needed.
8

Abzu is a simple game, but it controls well, and swimming through diverse underwater lands at a constant pace over the course of two hours just feels really great.

Mixing a ton of amazing art with a bit of technical marvel, the game takes you through beautiful set pieces filled with hundreds and hundreds of fish, loaded with unique architecture, and brimming with color.

The underwater sounds are atmospheric and blend nicely with Austin Wintory's score.

This isn't a big interpretive tale about life and death or spirituality, but it's a nice little mystery told in minimalist fashion that you never fully get the answers to.