Review: The Shenmue I and II HD Remasters offer a nostalgic take, for good and ill

When I first booted up the Shenmue half of the recently launched Shenmue I & II HD remaster collection, I couldn’t help but marvel at how surreal the experience felt. Here I was, a 30-something year-old man, once again playing (and enjoying) a game I had originally devoted so many hours to when I was a fresh-faced 11-year-old kid.

Thanks to the ungodly amount of time that younger me spent mastering the original Shenmue and unearthing its various secrets, older me was able to fly through the game in no time at all. It wasn’t long before I moved on to the larger adventure, Shenmue II, a game which I also racked up some serious playtime with during my more formative years.

Having now played both of the Shenmue HD remasters, I am happy to report that they serve as faithful reproductions of their original releases, though in some cases that is more of a bad thing than good. Both games have also been slightly modified to make them more palatable to modern gamer tastes, and being the old Shenmue vet that I am, I appreciated how those modifications made two of my favorite games feel new again.

If you played the original Shenmue releases and ultimately grew frustrated with their technical performance, what I’m about to tell you will likely make you very happy. Both of the HD remaster games benefit from much quicker area-transition load times, at least on the PlayStation 4 (I assume the experience is the same on Xbox One and high-end PC’s).

What used to take upwards of 7-10 seconds on the Dreamcast and original Xbox now takes a mere 1-2 seconds, if that. Funny enough, it actually caught me off-guard the first time I passed from the Hazuki Resident into Yamanose and the area immediately loaded up since I was so used to waiting a good couple of seconds for area transitions to kick in.

Another welcome change is the ability to permanently save your progress no matter where you are in the world. In the original Shenmue games, progress could only be permanently saved when protagonist Ryo Hazuki was in his bedroom (in Shenmue) or at his designated sleeping point (in Shenmue II). Save games could technically be created when the player was outside those fixed points, but they would only be temporary “placeholder” saves which would automatically erase themselves the next time the player loaded up their save file.

Both games have also had their menus and UI’s modified so that they’re more organized and streamlined. Players can now quickly access and parse through dedicated pages for story items, collection items (move scrolls, capsule toys, etc.), combat moves, and the options menu. In the original games, navigating the menu was a bit of a tedious chore, but in the HD remasters it’s a breeze.

Completionists will also appreciate the newly added presence of achievements (Xbox One and PC) and trophies (PS4). Most achievements/trophies can be earned by reaching each game’s major story milestones, but there are also plenty of hidden achievements/trophies that are tied to the numerous optional side-quests hidden away in both games. If you’re the sort of diehard Shenmue fan who relished unearthing each game’s list of off-the-beaten-path encounters back during their heyday, making that same effort this time around will now come with some very tangible benefits that you can show off to your gamer friends and fellow Shenmue fans.

Sadly, not everything about the Shenmue franchise’s transition into the modern gaming age can be seen in a positive light. The audio for both games is still heavily compressed, which is especially noticeable when characters exchange spoken dialogue (which is often). And speaking of dialogue, it’s still just as rough as it was when the Shenmue games first launched decades ago (something which 11-year-old me admittedly didn’t really notice).

During each game’s more formal cinematics, the cadence of characters speaking to each other usually sounds normal and natural. However, during free quest segments when the player is out exploring the world, engaging in “conversations” with NPCs often results in stilted and heavily clipped soundbite exchanges that don’t sound a thing like “normal” speech.

Instead, they sound more like each individual voice actor was directed to record a series of speech clips by themselves, and then those clips were haphazardly strung together to resemble an actual conversation.

I also noticed a few minor audio glitches in which the sound effect for something like a door opening or the iconic *WHOMP* of a powerful combat move being performed would fail to load. Similarly, minor graphical glitches would occasionally cause instances of texture clipping, and in one case a cinematic’s visuals failed to load even though its audio continued to play.

In Shenmue I, one particularly odd glitch I found caused the advanced combat animations for certain moves (animations which are usually unlocked after you spend a lot of time performing their associated move either in practice or actual combat) to be activated prematurely. In most cases, the animation would switch back and forth seemingly at random until I finally unlocked the advanced animation the old fashioned way.

Granted, none of the above issues proved to be game-breaking, and if anything I actually got a kick out of laughing at the stilted dialogue which, for some reason, sounded so compelling to a much younger me. I was more than willing to embrace the Shenmue I & II HD remasters, warts and all, and thankfully the improvements that developer D3T made for the remasters vastly outweighed any of the problems I encountered.

Even in their newly remastered state, the original Shenmue games likely won’t be for everybody. In many regards, they still demand a level of troubleshooting and thinking on your feet that you just don’t really find in modern games. I honestly can’t say for sure whether I’d enjoy playing the Shenmue games now if I didn’t already have such a deeply-cultivated love for the franchise, though I like to think I would.

At the very least, I’m willing to admit that nostalgia alone is a big part of why the Shenmue series has such a high amount of staying power. However, I will also happily point out that, when they first launched, both of the original Shenmue games helped in redefining what video games are capable of portraying, and it is for that reason most of all that I’m glad they’ll live on as HD remasters.

We’ve still got a year’s wait ahead of us before the highly anticipated Shenmue III finally finishes a story that began way back in 1999. In the meantime it’s comforting to know that, thanks to the Shenmue I & II HD remasters, a whole new generation of Shenmue fans will be ready to embark on the final leg of Ryo Hazuki’s journey when it does arrive. 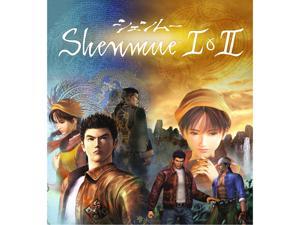 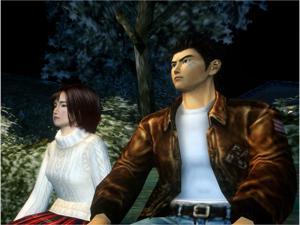 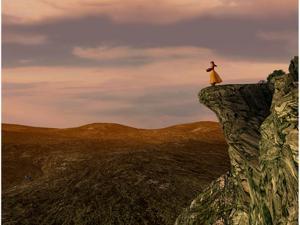 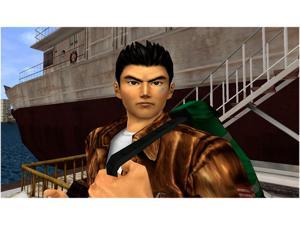 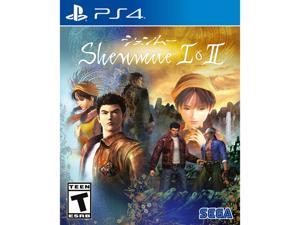 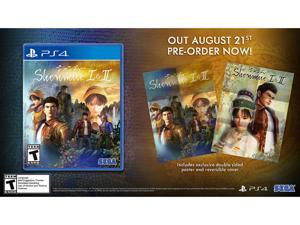 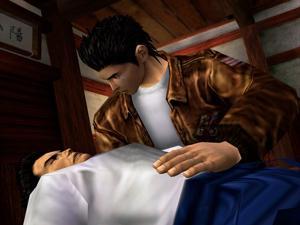 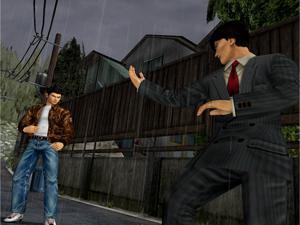 News
Dec 24, 2019
After a surprise announcement at E3 2015 and a massively successful Kickstarter campaign, Shenmue III finally arrived last month and it…. didn’t...

Shenmue III: How to make a lot of money fast

News
Nov 29, 2019
As we noted in our recent review , Shenmue III somehow manages to recreate the same odd mixture of stilted adventuring and revenge-based martial arts...

News
Aug 23, 2018
As noted in our recent review , the newly launched Shenmue I & II HD collection likely won’t be for everybody, even in its remastered state. Both...

What is the Suicide Squad and how does it fit into...
News
Aug 14, 2020
Last week, Rocksteady Studios announced the focus of its next game : DC Comics’ Suicide Squad, along with a promise of more information to come during the...
Film review: Pretending I'm a Superman tells the Tony...
News
Aug 14, 2020
If you had told me back in the early 2000s that there would one day be a documentary about Tony Hawk's Pro Skater , I would have been surprised. My high school...