Starting on December 1, Red Dead Online, the popular online multiplayer mode of 2018’s Red Dead Redemption 2 is spinning off to a standalone game for $4.99, Rockstar Games announced. The game will be available on PlayStation 4, Xbox One, PC (Steam, Epic, Microsoft, Rockstar Launcher), and backward compatible on PlayStation 5 and Xbox Series X. The $4.99 price is good until February 15, 2021.

In Red Dead Online, you’re able to create your own character and follow the path of five different specialist roles – bounty hunter, trader, collector, moonshiner, and naturalist. There’s a number of story-based missions for two to four players plus Showdown modes, competitive PvP modes where players participate in classic western gunfights and attempt to capture territory or supplies. There are also a number of free roam events and daily challenges all around the universe of the game.

By the way, Rockstar warns that Red Dead Online alone will require up to 123GB of storage disk space. 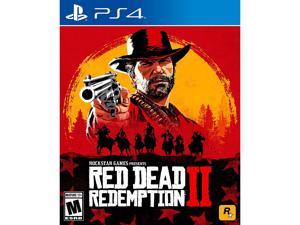 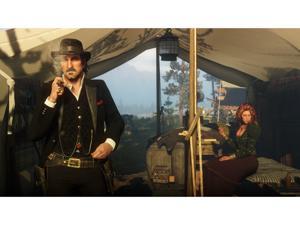 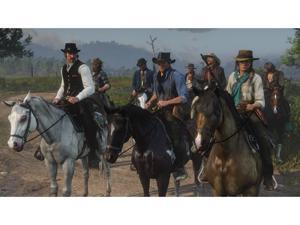 News
Jun 24, 2020
The announcement that Grand Theft Auto V along with the GTA Online component would be available on PlayStation 5 was easily the most disappointing...

News
Jun 04, 2020
Amid nationwide protests and conversation around police brutality in the Black community, Rockstar Games has announced they will shut down their GTA...

News
Jan 30, 2018
For the next two weeks, Rockstar Games and Humble Bundle are partnering up to raise money for the Rainforest Alliance. For $1, gamers can grab copies...