Prince of Persia, Scott Pilgrim, Sam Fisher in RS6, and everything else shown during September 2020’s Ubisoft Forward

The season of directs just won’t stop. Ubisoft hit us with a brand new Ubisoft Forward presentation today. What does Ubisoft have to give us for the upcoming holiday season? Let’s take a look.

Not every Greek mythology based game has to be as violent as God of War. Sometimes you just wanna bash a minotaur with a giant oversized cartoon hammer. That’s what this game is all about, a more fun and stylized action take on Greek Myth, with some hefty high flying anime-esque antics. It’s an open world adventure that lets you explore this ancient mythological world, gathering the powers of the gods. You can create your own character, discover legendary weapons, and customize your fighting style. Immortals Fenyx Rising will come out on December 3 on current and next gen platforms including Stadia. Stadia owners will also be able to try out a free demo prior to launch.

When we saw the flowing sands, we knew what this was all about. Prince of Persia is coming back baby. This is a remake from the ground up of 2003’s Prince of Persia: The Sands of Time, perhaps the most well remembered Prince of Persia game. This series was largely abandoned in favor of Assassin’s Creed in recent years, but it looks like it’s getting rebuilt, with new graphics, new levels, new cutscenes, but the same legendary plot. It even has some of the actors from the original production! It will release in January 2021 on the PS4, Xbox One, and PC.

Ubisoft’s spin on the Battle Royale shooter is out now, and we have officially entered season one. You can play for free on the PS4, Xbox One, and PC right now. They plan on adding new content to Hyperscape every week. This week there is a limited time mode with max level loot only, faster zone closure, faster health regen, and faster crown capture. This new mode called Turbo Mode will get integrated to the game on September 15.

This is Ubisoft’s new eSports initiative. They are approaching it from a country by country standpoint. For example, there will be competitions in Rainbow Six Siege, with 20 teams and 45 countries participating. NBA champion Tony Parker will be acting as the Rainbow Six World Cup championship ambassador and will be interacting with each of the teams as they train for competition.

Aside from the Rainbow Six World Cup 6, a new season is starting right now in Rainbow Six Siege. Sam Fisher, the infamous main character of the Splinter Cell universe, will becoming a permanent operative in Rainbow Six Siege. They debuted a particularly impressive animated storyline teaser that showed how Sam fits into the Siege universe. In addition, Rainbow Six Siege will be coming to PlayStation 5 and Xbox Series X in 4K with 120FPS. All current players will get a free upgrade once they trade up to the new generation. It will be ready for next generation consoles later this year.

Scott Pilgrim vs. The World: The Game Complete Edition

The lost videogame returns! This much loved brawler that came out just in time for the Scott Pilgrim movie was lost to time as it was taken off of digital stores a few years after its launch. Well now, Ubisoft has brought it back! Take control of Scott and his friends as you battle your way through evil ex-girlfriends and learn the realities of true love. Rock out to awesome chiptunes by Anamanaguchi and feast your eyes on fantastic sprite-art by Paul Robertson! The new version dubbed Scott Pilgrim Vs. The World: The Game Complete Edition comes with the Knives Chau and Wallace Wells add-on packs that were originally DLC. It will be available on all current gen consoles, PC, and Stadia this holiday.

Well it wouldn’t be a Ubisoft Forward without a new look at Watch Dogs: Legion. Aside from a look at a brand new music video for the game, we got a look at a few new classes, such as the getaway driver, who excels at high speed chases and is immune to drone surveillance while speeding away in his car. We also got a look at the hacker, which is able to hack many devices simultaneously in an area and steal access keys from unlimited range. She also carries a hefty stun gun. We also saw the artist, who uses paintball guns, paint bombs, and spray paint to take down people non-lethally. It’s a bit like a cyberpunk Splatoon.

The classes are quite wide and varied, with some special unique classes thrown in. For example, bee-keepers have extra defense because of their bee suit and can use bee swarms to attack enemies. Each individual character will have their own quirks as well. Some might be clumsy. Some might have hiccups. Some might dress in speedos in public. Assemble your own dream team of freaks and geeks to take back London. You can even recruit Aiden Peirce from the original Watch Dogs. He might be part of the post launch DLC though.

You can purchase Watch Dogs: Legion on October 29.

The stinger for this month’s Ubisoft Forward was Riders Republic, a new IP. It’s a massive multiplayer extreme sports game. Whether you like skiing, skateboarding, motorcross, BMX, snowboarding, skydiving, wingsuiting, or really any extreme sport you can think of, it’s represented here. It’s just everyone tricking off the terrain all at once. The stages were made using GPS data based off of real US national parks. Every so often you’ll be able to participate in special events, and you might even pick up a sponsor!

That’s all Ubisoft had to show us this time around. What are you hyped for? Watch the entire presentation below: 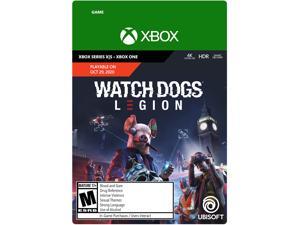 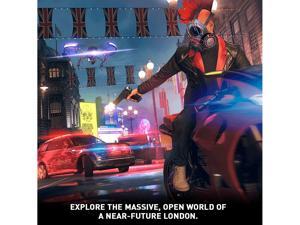 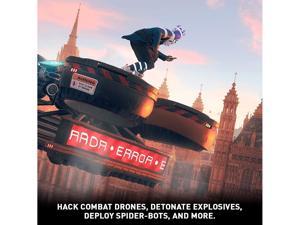 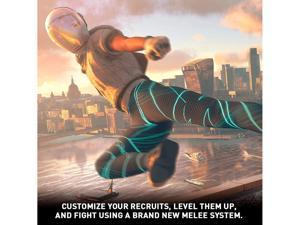 News
Jul 13, 2020
The season of kind of but not really E3 continues with Ubisoft. Ubisoft is usually one of the first E3 presentations, but in these strange times,...