Preview: Syberia 3 modernizes the series but keeps its heart

The Syberia series is regarded as one of the highlights of the traditional point-and-click adventure game series. The first two games, released in 2002 and 2004, followed the adventures of American lawyer Kate Walker across Europe and Russia as she attempted to unravel the mysteries surrounding inventor Hans Voralberg, possibly mythical mammoths, and more. The games were acclaimed for their impressive artistic visuals and a compelling story rich in European culture and feminist themes.

Now, more than ten years after the previous game, the series returns with Syberia 3, releasing on April 20. I recently had a chance to go hands-on with two different portions of the upcoming game, and experienced a combination of the series' familiar charm with modern power and polish.

The biggest immediate change you'll notice in Syberia 3, if you've played the earlier games in the series, is that you're now exploring full 3D environments. Gone are the days of the series' intricate 2D backdrops, which some fans may mourn, but there's plenty of visual detail and care to be found in Syberia 3's more modern graphics. Characters in particular look much more detailed and alive than they ever have before.

The gameplay I experienced was classic adventure fare, with a combination of dialogue trees and environments to hunt through for the clues and objects you need to progress. One interesting change to the established formula was the fact that you need to find a workbench or other appropiate object or area to allow you to combine items from your inventory. When you experiment with items in this way, protagonist Kate Walker actually tries to combine the items, and the remarks she makes if something doesn't work can provide natural clues to point you in the right direction.

There were some satisfying puzzles on display in my brief hands-on time with Syberia 3, including an interrogation at a mental hospital that served as a nice reminder of all Kate Walker went through in the previous games. Another puzzle, involving an intricate key that needed to be unfolded into the right shape to open a door, felt like classic Syberia clockwork goodness.

In a wonderful touch, as you progress in a given puzzle the soundtrack you hear grows more layered and intricate, giving you an audible sense of your progression. The game's music comes from celebrated composer Inon Zur, who previously worked on Syberia 2, along with the Dragon Age and Fallout series.

Syberia 3's story picks up just weeks after the end of Syberia 2, with Kate in the company of tribe of the nomadic Youkol people. The plot of the game looks to focus on Kate's efforts to help the Youkol's continue their traditional migration, and she'll have to overcome wildlife obstacles and explore an abandoned city ruined by a nuclear explosion to get them to their destination.

After my hour hands-on with Syberia 3 I had a chance to speak to Benoit Sokal, the creator and creative force behind the franchise. Benoit began his career in graphic novels before making his first adventure game, Amerzone, with Microïds in 1999. Sokal served as the writer and artistic director on that game, and went on to achieve acclaim for Syberia 1 and 2.

For Syberia 3, Benoit worked on the story with his son Hugo, and continued to use traditional sketch and watercolor methods to plan out the game's visuals. I asked Benoit about returning to the series and what players can expect from the new game.

GameCrate: What’s it like coming back to the series after such a long break?

Benoit Sokal: It’s very special .The new technology is very different. Before I was the absolute boss of the pictures, because I can paint, I can photoshop all the detail after that I need.  It’s not the same.

GC: What are the differences with this new game in terms of tone and theme and emotion compared to the first two Syberia games?

B: I think it’s the same ambiance. My first job is to tell a story. This is the next step of Kate Walker’s story. It’s a continuation. It’s the evolution of Kate, which is important. When you begin the first Syberia Kate is this young lawyer with her future in front of her. She’s very neat. And over Syberia 1 and 2 her life changes, basically. In the third one, she doubts. She’s continuing to evolve. She’s more fragile sometimes but also more dark, and more strong.

GC: Do you think it’s important for people to play the first two games before they play this one?

B: It’s better, but it’s not necessary. It’s like a TV series. It’s a new adventure. 1 and 2 were a proper adventure, now it’s a new season. In the first two games it was the story of finding the mammoths in Syberia. Now in Syberia 3 and any other games will be a new journey.

GC: Do you think Syberia’s story would only work as a video game, or would something like a TV series or movie also work?

B: Why not? My first goal is to tell a story. And for me, that’s enough. To tell a story and inspire emotion. For me at the end of the game, the player must cry. That’s my goal.

GC: And you could do that with a movie or a book as well…

GC: What do you think of the state of the modern adventure game genre? Is it in a good place or is it not as good as it used to be?

I’m not very interested in other games. I see them, like Assassin’s Creed, but for me the most important thing is to tell a story. It’s my story. Syberia is a story inspired by my family history, by my country, the country of my father and my grandfather, the Europe of the 20th century. It’s my story.

Syberia 3 is coming to PC, Xbox One, and PS4 on April 20 of this year. A Nintendo Switch version of the game has been confirmed, but the release date for that platform hasn't been announced yet. 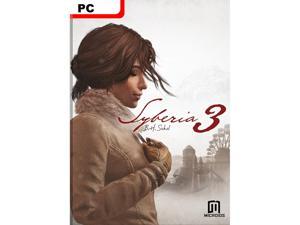 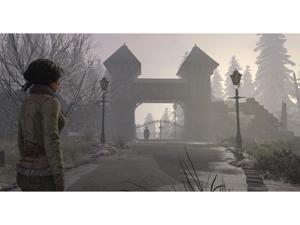 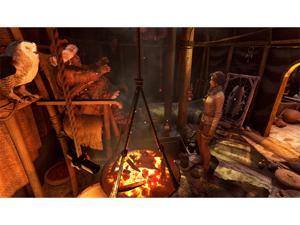 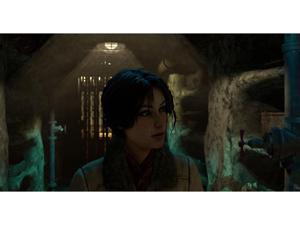