Overwatch’s Role Queue and Role Lock: How will the new rules change the game?

It’s fair to say that Overwatch has been in a bit of a rut for the past several months. Professional play has been dominated by the composition known as 3-3 or GOATS, which sees players ignoring flashy, exciting damage-dealers in favor of a slow, hard to kill team made up entirely of bulky Tanks and healers known as Supports.  It’s not much fun to play and even less fun to watch, so the game’s creators at Blizzard have been trying to discourage this style of play for the better part of a year.

Overwatch’s developers have been trying mightily to get pros to try something (anything) else by reducing the effectiveness of this style of play. Almost all of the characters who make up a GOATS team have gotten some adjustments intended to discourage reliance on the composition. Despite multiple patches which seemed to target the GOATS composition specifically, it’s been incredibly resilient, dominating both professional play in the Overwatch League (OWL) and competitive play for non-pros. On Thursday last week, Blizzard finally announced they’d be exercising the nuclear option.

The Role Lock and Role Queue systems being added to Overwatch fundamentally change how the game will be played. It’s no exaggeration to say this is the biggest change to the title since the single-character limit was imposed  three years ago. Let’s take a look at what’s changing, how it affects your choices, and what it means for the game.

Role Lock: What does it mean?

Overwatch’s new Role Lock rule means that every team will be composed of exactly two Tanks, two Supports, and two Damage characters (commonly known as a 2-2-2 composition) rather than allowing players to switch freely between roles and heroes. Team composition is extremely important in Overwatch, and a game can be won or lost before players even leave their spawn room if they’re not willing to work with one another and select synergistic heroes.

Currently, the team composition phase is frequently a source of strife since some players may only know how to play a single hero or may not feel comfortable in more than one role. When two players argue over a specific character or are forced to play a hero they don’t know well, it can often lead to harsh language, “throwing” (intentionally playing poorly), or other bad behavior.

The new rule is meant to take some of the stress out of building a team during the first 40 seconds of a game, ensuring that both teams should have players who are willing and able to play a role they’ve chosen before they even enter a match. Players will enter a queue for either the Damage, Tank, or Support roles and will be matched with other players who want to play complementary heroes.

Each queue will have different estimated wait times based on the number of people currently waiting to join, and game director Jeff Kaplan said anyone selecting less popular roles with fewer players queued might be eligible for additional rewards (most likely bonus competitive points or some extra loot boxes). Queue times for more popular roles will probably be much longer than less desirable positions, and it looks like Tank specialists will be the most in-demand.

Once a match has begun, players won’t be able to swap to a different position and will only be able to choose between the other available characters within their chosen role. This is similar to how the Looking For Group tool already functions, preventing players from changing to a different type of character when roles are enforced. Unfortunately, once the change goes live you won’t see any more plays like this one from Kephrii.

Because players may have very different skill levels depending on whether they’re playing Tank, Damage, or Support, Overwatch will now track all three roles separately and match players based on the MMR (Match Maker Rating) of whichever role they’ve queued for. Every player will have to do at least five placement matches per season for every role they’re interested in playing, and will be rewarded at the end of a competitive season based on their highest rank from among the three roles.

Competitive points will be awarded for all three roles if a player places in each, or they can choose to specialize and only receive the reward for the roles they choose to play. It seems like players’ MMR will be at least partially reset before Role Queue goes live, to account for the major change to how skill rating is calculated.

Several other changes are being made to the game’s competitive mode. Top 500 leaderboards for all three roles are being added, with a fourth combined leaderboard for players who excel in all three positions. Players who wish to be eligible for a leaderboard will need to play at least 25 games as that role during a competitive season (down from 50 currently).

Higher ranked players (Diamond and above) will no longer see their MMR decay if they don’t play a certain number of games in a week. Competitive season 17 will end early, and a two week provisional competitive season will occur on all three platforms before season 18 begins on September 1. This beta version of competitive Role Queue begins August 13, and is intended to let the development team observe the new system in action and make any necessary changes.

The new system will be applied to Overwatch’s Competitive and Quick Play modes, enforcing a 2-2-2 composition in both gametypes. Players who prefer the current playstyle will still be able to play as a less restricted team in “Quickplay Classic,” which will be added to the game’s less serious Arcade mode once Role Queue is implemented. This is similar to how the “No Limits” Arcade gametype was added after single character limits were imposed.

While the new rule does limit experimentation, the stated goal is to make players happier by reducing or eliminating the social friction caused by playing a hero your teammates might disagree with.  The fact that this change effectively kills the uninteresting GOATS meta is a happy side effect (Conspiracy-minded players might suspect the reverse is true, that this change was put in place primarily to destroy GOATS once and for all). Casual players won’t see the changes until mid-August, but Overwatch League competitors will begin playing under the new rules when stage four begins on July 25.

Speaking of OWL, the Role Lock rule means players will have to wait until a map is complete before they can change to a different role. This is similar to player substitutions, which can only occur in between maps. Players and teams in the league were informed of the changes in early June so as not to waste time practicing unviable compositions for stage four and beyond.

What else should we expect?

As these new rules take effect, players both casual and professional will need to relearn some things they’ve always taken for granted about Overwatch. Locked roles mean you won’t necessarily be able to swap to a hero who counters your opposition easily, and may need to ask a teammate to swap instead. Damage specialists will have the most versatility since their hero pool includes 14 characters, compared to just seven options each for both Supports and Tanks. Thankfully, it looks like Tank specialists will have another option once the new character Sigma makes his way into the main game.

Bunker compositions which hide behind Orisa’s shield will probably be very popular at the outset, so it might be a good idea to practice with characters who fit into this team type such as Baptiste, Roadhog, and Bastion. New team makeups will rise, such as the “Clockwork comp” which arose as a counter to GOATS and should still be viable in the new format. This composition relies on zoning enemies into a specific section of the map, choosing the battleground rather than trying to go toe-to-toe with the enemy at the objective. It’s also possible new characters will enable new styles of play, so it’ll be exciting to see what new heroes are in store as we progress through the year.

Changing the rules this way doesn’t necessarily make Overwatch harder or easier to balance, just different. It’s clear that many heroes will need to be tweaked to accommodate the new rules, and some will be far more viable than others, at least starting out. To this end, many changes are already being tested on Overwatch’s Public Test Realm (PTR).

Brigitte is receiving almost a complete overhaul since her kit excels in a three-support team but isn’t nearly as useful in a 2-2-2 setup. These changes are intended to make her a more viable healer, and less of a hybrid Tank.

Many other characters are receiving smaller changes intended to tweak their utility under the new rules. In particular, the developers made some changes to Symmetra which should help make her Teleporter a more viable gameplay tool.

It’s an exciting time for Overwatch to be sure, and I think it will be especially interesting seeing how the community adjusts to the new rules. The programming behind the scenes apparently took the better part of a year, and the developers say they’ll be keeping a close eye on how things shake out as the new rules are implemented. It’s very likely we’ll see a lot more changes after 2-2-2 becomes the law of the land, and players become used to the new restrictions. For now, raise a toast to the end of GOATs: you will not be missed. 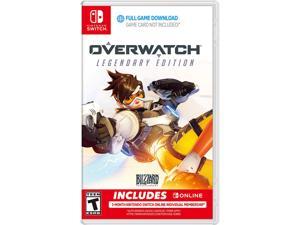 Overwatch: How to play Echo, the game’s newest hero

News
Apr 15, 2020
It’s been nearly a year since Overwatch added a new character to its roster, and many assumed we just wouldn’t see any major updates to Blizzard’s...

News
Mar 18, 2020
While most of us are still waiting for more information on Overwatch 2 , the folks at Blizzard are still moving forward with new content for...

What the latest patch and rules mean for the Overwatch League