Earlier this year word spread about a TV series based on Resident Evil was in development for Netflix. Now that word is official.

Netflix announced it has given the Resident Evil series an eight-episode order and will be executive produced by writer Andrew Dabb who was a writer and producer on Supernatural.

The story of the Resident Evil series will be told across two timelines. One timeline will focus on 14-year old sisters Jade and Billie Wesker as they move into Raccoon City, a mysterious manufactured, corporate town holding deadly and dark secrets that could destroy the world.

The second timeline takes place more than a decade into the future where there are less than 15 million people on Earth and more than six billion monsters roaming the planet. Jade, now 30, tries to survive this new world among humans and creatures infected with the T-virus while trying to solve the secrets around her past regarding her father and her sister.

“Resident Evil is my favorite game of all time,” said Dabb in a statement, who will also showrun the series. “I'm incredibly excited to tell a new chapter in this amazing story and bring the first-ever Resident Evil series to Netflix members around the world. For every type of Resident Evil fan, including those joining us for the first time, the series will be complete with a lot of old friends, and some things (bloodthirsty, insane things) people have never seen before."

There’s no word on casting or when the series will arrive on Netflix. 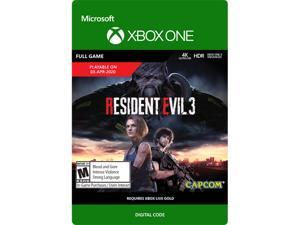 News
Sep 28, 2020
There’s been a lot of conversation around Netflix’s upcoming Resident Evil live-action series this year, with fans hoping it stays true to the...

Netflix’s Dragon’s Dogma is a chore to watch

News
Sep 18, 2020
When Netflix announced that they were going to be adapting Dragon’s Dogma into an anime, there was only one thought on everyone’s mind: “What the...

Opinion: Does every video game need a TV adaptation?

News
Sep 10, 2020
You know this is a worthy question when there’s a “Netflix adaptation” meme ridiculing just how badly the streaming service can butcher beloved...