Interview: Ghost Recon Breakpoint dev on PvP, the upcoming raid, and the hundreds of hours of content

We’re less than a month away from the October 4 release of Ghost Recon Breakpoint and the folks at Ubisoft are putting the final touches on the game. Last month, after we had a good chunk of time with the game, we sat down with the game’s creative director Eric Couzian and talked about chznges they’re making to the franchise, improving PVP, and all the content they’ll, be bringing to the game.

Moving on from Ghost Recon Wildlands, what was important for you guys when it came to developing Ghost Recon Breakpoint? Especially moving from a real-world location to a fictional location.

The first thing we wanted to have is a refreshing experience. We wanted the game experience to deal with the theme of private companies being able to create these drones. It was an easy first choice to have this story happening in such a place, since there are things that, by all the research we have made, either are happening or may happen because these companies are quite libertarian. They think they can work better out of the boundaries of state.

So that was the first thing then when we started to work on the project, we wanted to have this layer of survival mechanics. Even if it's not about pure survival, meaning that you don't have to eat or drink, but we wanted to have the terrain as an actor in the game and having a fictional place really allows us to do that.

We wanted to develop the types of slopes and mountains we wanted. And to balance the game in a way that wasn’t too difficult. For example, we're managing the angles of the slopes, as the angle of the slopes may change your stamina, you can be injured. So, yeah, a fictional place is really a good tool for us as developers to manage the difficulty.

In terms of gameplay what kind of changes and improvements did you guys want to make from Wildlands to Breakpoint?

We want you to add a deeper layer of tactical approaches. So for instance you now have the prone camo system, which allows you to blend into the environment. It's really about being a ghost and becoming invisible.

We also want the players to go even deeper into playstyles. You know, in Ghost Recon Wildlands, a very strong pillar of the game allowed total freedom of choice for the players. In Breakpoint, I wanted to give more tools, more items, weapons, and we allow you to play the way you want.

You can go all guns blazing or you can play stealth or you can play long range, or you can be the type of commander guy on the team. So, it was very important that we offer more tools to the players.

What are some of the major differences in PVP from Wildlands to Breakpoint?

So many new things. The first one is the shared progression between PVE and PVP, which is for us a big game changer. It means that you will never waste a minute. You can switch from one mode to another and you still have the same character, the same experience level. Especially when you are playing co-op, if you have friends you play with in PVE, then you can move to PVP and keep exact the same tactics and the same characters. So that makes it one unique united experience.

At the same time the way we have designed the maps has changed because in Wildlands there were flaws here and there, they were unbalanced sometimes. The maps in Breakpoint, we wanted players to be able to have a smooth and long experience with balanced environments.

Dedicated servers is also a new feature. At first they were meant to work against cheaters. But at the same time it also eased the general PVP experience. So we think it was a very good move.

Yeah, It's a real the pillar of the game. It's the Tactical approach we expect the players to have and at the same time to offer a full freedom of choice. So it means that if you want to, you can have four players go in all guns blazing in PvP. I think it's going to be hard but there are players who sometimes can succeed that way, especially if you want to have this kind of a blitzkrieg approach. Sometimes it can work. It's already up to the players to decide which tactics they really want to use.

At the start of the matches, for example, sometimes you won't see any enemies for a couple minutes.

The Recon is key in the game. So using your drone is important, you know players are trying to be as invisible as possible.

Back to the campaign, we played only a handful of missions so far. How many missions are there? How long is the game going to be?

There are many storylines in the game. You have the main story with Cole D. Walker, the main enemy played by Jon Bernthal. But you will also have many other side activities where you’re able to meet many characters in the world. There are also factions which provide you with missions where you have to deal with distractions and even the reputation you have with them and the relationships change.

There are many, many missions besides the main campaign. There are Behemoth arenas with the drones that you can fight where you’ll get valuable rewards. You have mysteries also, hundreds of mysteries to be discovered, you have convoys that you can attack and steal the resources from. There are plenty of things, hundreds of hours of game.

Can you tell us a little bit what to expect from the raid?

Yeah, so there is an island in the game, another Island, because the whole game takes place in an archipelago and there is a place where there are drones that are prototypes. They are designed on this island, so this island with all the prototypes is the raid part of the game. So when you reach a certain level, the island will open up and you can go and fight there with your friends. We’ll have more info at a later date. 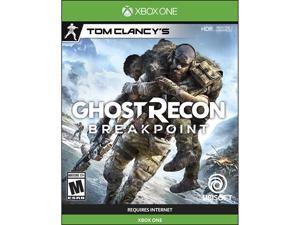 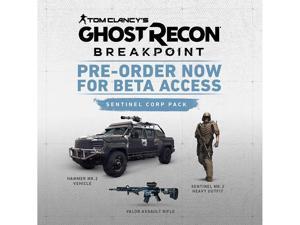 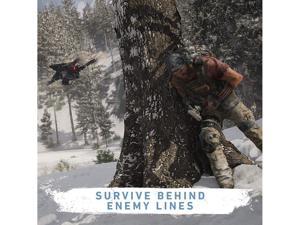 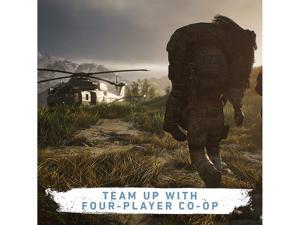 Reviews
Apr 01, 2020
To say that Ghost Recon Breakpoint has had a bit of a rough ride would be a severe understatement. As we noted in our review the game’s initial...

Videos
Mar 19, 2020
It’s been a little over a month since the Ghost Recon Breakpoint crossover with The Terminator universe ended, but don’t worry, the folks at Ubisoft...

News
Feb 06, 2020
When Ghost Recon Breakpoint launched last October, we found it to be a serviceable yet unfocused RPG/tactical shooter hybrid which ultimately didn’t...