Last month, I played Shenmue III’s first proper DLC add-on, the arcade-style Battle Rally mode, and didn’t come away terribly impressed. I ended my Battle Rally impressions with a bit of hopeful optimism, saying that there was always the chance developer Ys Net was saving the good stuff for the second DLC pack it had in the works. Unfortunately, I now know I was wrong to be so optimistic.

While Shenmue III’s newly launched Story Quest Pack DLC does technically fold into the game’s main story campaign, it hardly expands it in any meaningful way. The entirety of what the DLC offers can basically be summed up as a glorified fetch quest, one which unsuccessfully tries to bank on fan nostalgia. Even worse, artificial barriers and checkpoints slow the pacing of the DLC’s new quest to a crawl, making it feel less like a trip down memory lane and more like a grueling slog.

Whereas the Battle Rally DLC can be accessed straight from Shenmue III’s main menu, triggering the new Story Quest Pack mission requires a little legwork depending on where you are in the main campaign. The mission is set in the game’s Niaowu region, and the first time you load up a Niaowu save file you’ll receive a prompt saying ‘an old friend’ is waiting by the Niaowu Hotel. But here’s the thing, what the game doesn’t tell you is that if you’re too far into the main story, that old friend won’t in fact be there.

I discovered this little caveat for myself when I attempted to load an old save file that was set right before the main story’s climax. I searched all around the Niaowu Hotel but didn’t see anybody aside from the usual NPC’s standing around. A quick perusal of the official Shenmue subreddit provided the answers I was looking for, but I didn’t like what they had to say.

For some arbitrary reason, the new Story Quest Pack DLC mission can only be started shortly after the player arrives in Niaowu, which meant I would have to start a New Game+ save file (New Game+ allows you to begin in either the Bailu Village or Niaowu regions). Thankfully, I didn’t have to play through too much of the opening Niaowu questline before I was finally able to trigger the new DLC mission.

Players who have the Story Quest Pack DLC installed will find a familiar face waiting for them outside the Niaowu Hotel after their first full day in Niaowu: Zhang Shuqin, an agent of Yuanda Zhu whom Ryo first met back in Shenmue II. Zhang has a matter he’d like Ryo’s help with, but before that he also wants to re-instruct Ryo in a practice that should also look quite familiar to Shenmue II fans: using Chawan Signs.

The method for making Chawan Signs in Shenmue III remains much the same as it was in Shenmue II. By visiting certain restaurants and bars in Niaowu, Ryo can arrange a line of four conveniently-placed containers (in most cases it’s cups or small bowls, but in one restaurant it was long-stemmed wine glasses!) to create “messages” for Zhang’s agents to see.

The DLC mission begins with Zhang giving Ryo his first Chawan Sign and telling him to use it around Niaowu so he can find an associate of Zhang’s and thus pass a sort of “Chawan Sign initiation test.” Of course, unlike in Shenmue II where the player more or less always knew where exactly to use their Chawan Sign to advance the plot, Shenmue III players must aimlessly wander around Niaowu and sit through several ‘false positive’ Chawan Sign uses before they finally receive the information they need.

Once the player tracks down Zhang’s associate, a man named Mr. Wei whom Ryo bizarrely addresses as if they’ve met before even though they haven’t, they are informed that Zhang has apparently gone missing in the short time since Ryo saw him last. What follows is a series of fetch quests which have Ryo running all over Niaowu using different Chawan Signs to gather information about Zhang’s whereabouts so he can then report it back to Mr. Wei and, later on, a second associate named Mr. Mai. If that all sounds mildly exciting, believe me when I say that, in practice, it’s really not.

From both a gameplay and narrative perspective, Shenmue III’s Story Quest Pack DLC feels woefully underbaked in some parts and downright lazy in others. Even the most forgiving Shenmue fans won’t be able to ignore the numerous grammatical errors in the DLC’s dialogue subtitles or the pitiful amount of effort the DLC’s developers put into making it feel compelling or fun.

I’m guessing the reason why the new DLC mission can only be started early on in the Niaowu story is because Ys Net inserted several artificial “pause points” where the player must advance the main story and wait until the next in-game day before Zhang’s associate will once again reappear. And yes, this means that players who already beat Shenmue III’s main story campaign basically have to replay most of the Niaowu region’s storyline if they want to see the DLC mission through to completion.

The overall structure of the Story Quest Pack DLC mission just feels lazy and uninspired as well. Like 90 percent of the DLC mission’s contents are just the player running around Niaowu using their Chawan Sign in a trial-and-error format until they get lucky and use it in whatever spot the game deems appropriate. Then, they report back to their contact, wait a day, get a new Chawan Sign, and repeat the process. There are two fight scenes that occur during the DLC mission’s runtime, one about midway through and another during the mission’s finale, but given how unintuitive and shoddy Shenmue III’s combat system is, that’s not much of a selling point.

The DLC mission’s new story components don’t fare much better than its gameplay. Remember the Red Snakes gang you had to track down during the main Niaowu storyline? Well watch out because Zhang and his associated have apparently run afoul of the Blue Spiders, a gang that’s apparently even more ruthless than the Red Snakes even though, as they player eventually discovers, it’s made up of like five people total. I guess Niaowu’s resident thug population really likes matching colors with dangerous-sounding animals.

Ys Net’s final token effort to elicit interest from nostalgic players involves connecting the Blue Spiders back to both Bailu Village and the Chi You Men, but neither connection feels properly earned, especially since the Blue Spiders themselves really only “exist” within the scope of the DLC mission. In short, the entire DLC mission can be summarized as a painfully slow slog whose narrative components have literally no impact on Shenmue III’s larger narrative. Sure, it’s nice to see some throwbacks to Shenmue II, but light nostalgia is really the full extent of the “story” this supposedly story-focused DLC can offer, and even then said nostalgia comes with some pretty big caveats.

Is It Worth Buying?

Weirdly enough, I will say that Shenmue III’s Story Quest Pack DLC might be worth buying for a specific type of player, though I doubt it’s the type of player that Ys Net originally envisioned.

There’s a point later on in the DLC mission where Ryo basically has to take Shenhua on a date to a fancy restaurant called Kowloon Dim Sum (another subtle nod to Shenmue II) to get some information. However, the restaurant only caters to couples and has a strict dress code. As fly as Ryo may look in his bomber jacket and jeans, Kowloon Dim Sum requires some slightly more respectable attire. Fortunately, Zhang’s organization is all too happy to provide appropriate outfits for both Ryo and Shenhua.

Shenhua gets a new green outfit which actually makes her look sort of like Peter Pan and/or a pirate cosplayer, whereas Ryo gets a stylish black kung fu outfit called ‘Silver Wolf Martial Arts Wear’ (seen in the above screenshot). Once the DLC mission is over, Ryo and Shenhua get to keep their outfits, which essentially means the DLC provides a pair of cosmetic rewards that transfer over to the main game.

There are technically alternate outfits the player can unlock for Ryo in the main game, but they usually require excessive amounts of grinding for in-game currency, essentially acting as time sinks. If you’d rather just plunk down $6 for the Story Quest Pack DLC and you don’t mind slogging through some Chawan Sign fetch quest nonsense, the Silver Wolf Martial Arts Wear outfit can be had for a lot less effort.

I can really only recommended Shenmue III’s Story Quest Pack DLC to players who haven’t yet reached the game’s Niaowu region or who don’t mind replaying the Niaowu region’s main storyline in New Game+. And even then, the DLC’s $6 price tag still feels a bit steep given how woefully formulaic and underbaked the entire experience ends up being.

Ys Net was clearly hoping that fans would want to buy the DLC mainly for nostalgia’s sake, but the thin amount of nostalgia contained within the new mission isn’t nearly enough to smooth over its many other issues. Unless you’re absolutely desperate for new story-based Shenmue content and/or you want to add a sleek new outfit to Ryo’s wardrobe, I’d say you should give Shenmue III’s Story Quest Pack DLC a hard pass. 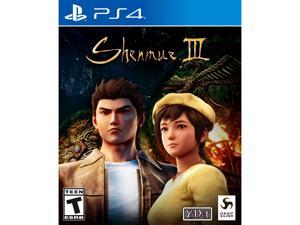 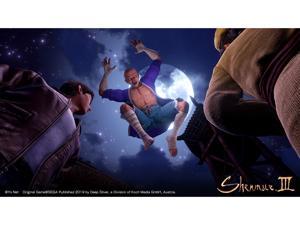 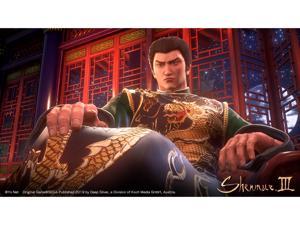 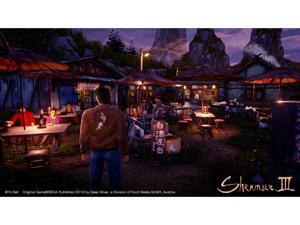 Impressions: Shenmue III’s Battle Rally DLC is a fun distraction, but little else

News
Dec 24, 2019
After a surprise announcement at E3 2015 and a massively successful Kickstarter campaign, Shenmue III finally arrived last month and it…. didn’t...

News
Nov 13, 2019
Next week, on November 19, the long-awaited Shenmue III will finally launch in full, reviving a beloved series which has lain mostly dormant since...