I’ve been playing DOOM Eternal on Stadia, and it’s not bad

Over the weekend, gamers have been enjoying DOOM Eternal across all platforms – Xbox One, PlayStation 4, and PC. For me, however, I’ve been playing it on Google’s Stadia, and it’s not as bad as you think.

Sure, Google’s Stadia has been getting a bad rap since its launch last November, and a lot of is warranted. On the tech side, there continues to be lag, freezing, visual hiccups like framerate drops and pixelation, and even game disconnections, regardless of internet speed. On the content side, there’s a lack of games and most of the games they do have are older. Then there’s the idea that you don’t really “own” your games you buy on the platform, because if you buy a game on Stadia’s Store (at full price, mind you), there’s no way to play it offline or not logged into Stadia. Sure, it’s nice not having to download a game and have it take up space on your hard drive, but if Stadia ever folds, you’re out $60.

With all that being said, I’ve been enjoying DOOM Eternal on Stadia.

Unfortunately, I had to travel this past weekend to take care of some family business. While I was waiting at the airport, I connected to the Wi-Fi and connected to Stadia on my Pixel 3 without issue. Using the Stadia controller, I jumped into Hell on Earth.

At first, there were issues of skips and freezes, but once that passed, the game looked great, although small, on my phone. I didn’t experience any lag, the controller was connected by a USB-C cable, and the audio sounded pretty good through my Bluetooth headphones. I got in a good 45 minutes of gameplay after that with no issues. This was on public, airport wi-fi.

When I arrived at my destination, I connected to house Wi-Fi and continued playing DOOM Eternal on my laptop through the Chrome browser. Chrome already takes up a TON of resources, so I shut down every tab or extra browser I had open, so I could have a better experience. When I Iaunched the game, I was having some resolution issues, a lot of pixelation. Then over time it smoothed out and I was able to enjoy the game for some time.

When I came home, I continued to play the game on my TV via Chromecast Ultra, with no issues whatsoever. I have an internet service that averages a 150 Mbps speed. Not to say, I haven't had issues before. When I've played Mortal Kombat 11 and Destiny 2 a couple of months ago, I experienced freezing and skips, but it appears things are getting better through Chromecast Ultra.

My 3-month trial expired a few weeks ago and I have yet to re-up for the $9.99 monthly service that offers 4K play via Chromecast Ultra on TVs and PCs plus a handful of free games. I’ve been playing on Stadia’s free tier, Stadia Base. Because of that, I didn’t get to experience DOOM Eternal in any 4K resolution (or upscaled to 4K). However, the convenience of being able to quickly jump into 1080p gaming without the wait of a launcher or a bunch of load screens from device-to-device, was something I needed in those moments.

SIDENOTE: I find it strange that while Destiny 2’s base game is free on PC, Xbox One, and PlayStation 4, to play it on Stadia you have to be subscribed to the monthly service. Shouldn’t we be getting a free version of the game on Stadia too?

Obviously, DOOM Eternal, or any game on Stadia, is not a flawless experience at the moment, but the potential for Stadia to be a viable platform is still there.

Now, the way Google is marketing Stadia as a replacement for your console or PC is not a good idea when they don’t have that killer exclusive game. For now, Stadia isn’t for the hardcore gamer that already has years’ worth of Xbox One, PS4, or PC games in their libraries. Stadia is for those dormant gamers that are looking to get back into gaming. For the guy who loved Red Dead Redemption back in 2010, but hasn’t bought an Xbox One or PS4, because he didn’t see the worth of buying an entire console just for one game - Red Dead Redemption 2. Or maybe it’s for the family of casual gamers that don’t play daily, but every once in awhile wants to escape for a weekend.

Stadia needs those major exclusive games if they want to compete with the major consoles (along with network stability). That’s the bottom line.

I’m currently enjoying the free tier of Stadia Base and I’m satisfied with the option of playing AAA games on my phone or through a Chrome browser on any computer. When that next major AAA experience launches on Stadia, and only Stadia, I might reup my subscription. 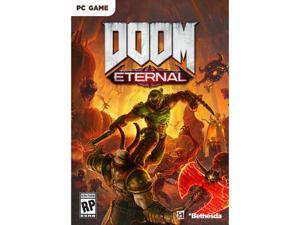 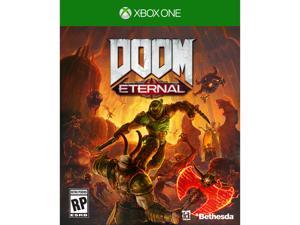 News
Aug 06, 2020
If you own DOOM Eternal or Elder Scrolls Online on Xbox One or PlayStation 4, Bethesda is hooking you up. The publisher announced this week that...