Hyrule Warriors: Age of Calamity: The best seals to use in weapon forging and other tips

For a button masher, Hyrule Warriors: Age of Calamity is a surprisingly deep game. One of its deepest systems is its weapon forging system, which the game doesn’t do a fantastic job explaining. You might be tempted to just shove all your weapons onto the one weapon you like most, but with a little bit of planning, you can actually squeeze a lot more efficiency out of your rupees and gear.

Each weapon in Age of Calamity has a base attack and a random ability assigned to it (which could be blank). Every ability in the game has a “seal” associated with it of a certain shape. Fusing new weapons together requires you to sacrifice one to five fodder weapons for your main weapon. Each fodder weapon gives your main weapon a certain amount of XP, based on its level and quality/rarity. When a weapon gets enough XP to raise a level its attack goes up.

A weapon can have up to five slots for abilities, one for the ability it comes with and four for additional abilities. It unlocks a new slot at level 5, 10, 15, and 20. If a seal slot is open, the next fodder weapon with an ability will grant that ability to the main weapon. This means weapons without any abilities will inherit the first ability you forge onto them.

You can forge up to five fodder weapons at once. If over the course of forging in a group, you bypass one of these milestones, the seal slot will be filled with the ability of the first fodder weapon you selected that has an ability to inherit. If more than one seal is unlocked, then it will progress in order from first, to second, and so on. In short, select weapons with abilities, you want to inherit first. You can stack the same ability more than once, and in fact, it is recommended.

The major mechanic to be aware of when fusing weapons together is seal fusion. It’s really simple, fusing a weapon that fills up its ability slots with abilities that share the same seal will grant it a bonus. It will add +5 to its attack and will give a small percentage boost to all of the weapon’s special abilities whenever you match a seal. The most powerful weapons will include five abilities all of the same seal, though these weapons will also be hyper-specialized.

These seals are all about increasing the damage you do to enemies. They include:

Circular seals are all about resources. They include:

Note there are two abilities worth talking about here. High resell value makes a weapon worth more when you sell it. Meanwhile, weapon fusion EXP up increases the exp this weapon grants when you use it as a fodder weapon on other weapons.

You’ll note that there are more starburst seals than any other seal in the game. This means it’s easy to seal match, but it’s harder to seal stack with starbursts. Starburst seals are some of the best in the game, with “normal attack up” basically reducing the game to one button if you manage to stack it repeated times.

In the late game, there is a way to guarantee the best possible weapon, and that’s by taking advantage of weapons with no seal. Find a weapon with a high base attack and no seal on it. Then forge it with other weapons that have no seal until it is at about level 19. At that point choose five weapons with the five seals you want on the weapon and forge them in one at a time. Since all of the weapons seal slots are empty, it will inherit each seal one by one.

In general, try to create weapons that stack not only the same seal shape but the same seal five times in a row. Damage boosts might seem small, like two or three percent, without seal stacking, but with seal stacking, you can get bonuses of 40-ish percent which make a huge difference on the battlefield.

In general, you’ll want to have at least two farming weapons and one battle weapon on the character you want to use the most. Farming weapons should either five monster part drop rate up seals or battlefield drop rate up seals while battle weapons should stack five combat-related seals that are best for your character (Revali really liked mid-air seals for example).  Skip EXP up weapons because you can purchase levels for rupees at the training ground, and it’d cost you about the same as it would to forge the EXP up weapon in the first place.

There are a bunch of other seals you should probably skip too. Conditional damage seals aren’t the greatest because they don’t give bonuses that are much higher than damage bonuses that have no condition. Healing and damage reduction skills aren’t that useful either, as this is one of those games where attacks either deal enough damage to kill you or no damage at all.

Aside from damage up skills, consider looking into attack range and attack speed. Attack range makes crowds of enemies basically non-existent. A fully upgraded weapon with stacked attack range seals can decimate an army from a mile away. Attack speed simply lets you deal more damage quicker and reduces the amount of time you are vulnerable. It’s not quite as useful but it’s worth a look.

And that’s all of our tips for weapon forging in Age of Calamity. If you have any you’d like to share, leave them down in the comments. 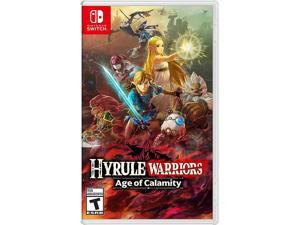 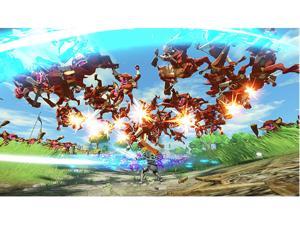 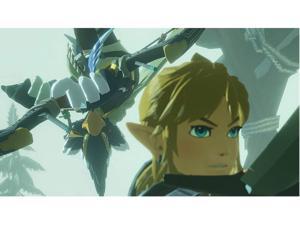 Nintendo announces Hyrule Warriors: Age of Calamity, a prequel to Breath of the Wild