How VR can help you get through the COVID-19 pandemic

It’s been a while since this pandemic started, and it’s not going to stop anytime soon. That might seem bleak to a lot of you. No one wants to be cooped up at home unable to visit their family and friends. But virtual reality can help with that. It can turn your home into whatever virtual space you want. It does a lot to stave away the loneliness that comes with social distancing. Here are just a few ways VR can help you during this pandemic. If you don’t have a headset, then this might be a good time to try one out.

Look, we aren’t going to be able to travel for a while. It’s summer and I know we all want to be at the beach, lying in the sun, and that’s just not going to happen responsibly.

However, VR can help you get out of your apartment, at least.

There are lots of VR travel apps that simulate some of the grandest destinations of the world. While it obviously can’t simulate smells, tastes, or feelings, it will at least give you a chance to experience the sights. You can visit the Grand Canyon or Machu Picchu, right from the comfort of your own home. Heck, NASA will even allow you to hike on Mars using 360 videos taken by the Curiosity Rover.

And the pandemic has actually given quite a boost to VR tourism apps. Valeriy Kondruk, CEO of VR travel company Ascape, has seen app downloads double since January, according to an article in National Geographic.

There are lots of VR tourism apps to try. Google Earth VR is a good place to start since it’s free and allows you to go pretty much anywhere. If you want to get more specialized, Boulevard will allow you to virtually explore museums and important landmarks. YouTube has plenty of HD 360 videos shot by travelers or drones that you can experience, though these don’t quite have the impact of being able to guide yourself through a VR experience at your own pace. However, they do let you experience important cultural times, like parades and festivals.

But let’s say you aren’t the adventurous type. Maybe you just want to be somewhere else. VR can help with that too. This might sound stupid, but just try relaxing in your Oculus VR home some times. You can make it look like whatever you like. Mine looks like a cabin on a mountaintop, and even this, which admittedly is a pretty janky rendering of the wilderness, can be comforting. A lot of people complain that VR causes motion sickness, so eliminate the motion.

And if this isn’t convincing enough for you, YouTube once again has actual 360 videos taken from some of the world’s most famous beaches and other landmarks. Heck, you can even take a ride on a virtual reality roller coaster.

Look, VR isn’t going to replace an actual trip abroad. Until we can jack our brains into a Matrix-like simulation, there is always going to be a degree of separation between VR tourism experiences and real-life tourism. But it’s a pretty good fix in the meantime. It can let you travel places you would never have the money to go to normally. Some VR travel apps allow you to explore destinations with your friends in VR space. Some are even educational, providing you with interesting facts about these destinations that you may not have been aware of if you were simply backpacking your way through.

Don’t knock it till you’ve tried it. In these stressful times, just lying back on your couch with a headset on, seeing and hearing the sounds of the beach, is way more comforting than you might think.

Don’t go to the gym. They were basically Petri dishes of filth before the pandemic. They certainly aren’t the safest place to get your exercise in during a global pandemic.

Luckily, VR is here to help. As any Beat Saber fanatic can tell you, many VR applications will cause you to work up quite a sweat. Being a dance Jedi is a good option for getting in your cardio, and apps like Pistolwhip will trade your saber for guns and a John Wick persona while adding some heavy squats into the mix. There are also numerous boxing-themed VR apps with the aptly named BoxVR being one of the best for upper body workouts. Supernatural is also a fantastic app to try, as it’s a lot like Beat Saber but specifically formulated for workouts, with trainers giving you advice and pushing you to go on.

Maybe riding a bike is more your style. Well, don’t shell out a ton of money for a Peloton. Instead, use any stationary bike with apps like VZfit, which allow you to participate in VR bike races, use your bike as a helicopter that is shooting down targets, or even just simply bike through relaxing environments.

And remember not to skip leg day. Apps like Hot Squat 2 focus on your legs, putting you through a variety of different obstacle courses all focused on working out your lower body.

There is a gym called Black Box VR which combines VR games like the ones I have mentioned above with resistance and weight training. You can do the same at home, as long as you are careful. No one wants you throwing a punch with a 50-pound weight strapped to your arm and tearing a muscle. However, a small amount of resistance can turn any of these apps into a strength training workout.

The hardest part of being socially distant is… well, the social distance. Humans are social animals and we thrive when interacting with each other. I’m sure you have had your own movie nights on discord and online gaming hangouts, but if you want to take it to the next level, consider using VR to add another dimension to the immersion.

Here’s an example. Every week my friends and I get together to play board games. During the pandemic, we have switched over to Tabletop Simulator for our board gaming needs. This simple $20 purchase has nearly every board game in the world in its workshop, including all those complex euro games that nerds like me like.

Using its built-in VR implementation, I can reach out and touch pieces, moving them around as if I were moving them on an actual board. I can look across the table and see my other friends, and hear them, and watch them move pieces too. And if I lose, I can always flip the table.

VRChat is another great way to make connections. If you avoid some of the public rooms, which have all the wonders and chaos of a normal chat room except now the randos shouting Nazi propaganda have full-body schoolgirl avatars, it’s actually a very pleasant experience. You can get together with your friends and actually walk around them and interact with them.

Full-body tracking setups are recommended, but with a decent room-scale VR solution you can, say, have a picnic with your friend group, and actually look into their eyes as you catch up. Yes, it’s not their eyes. It’s likely the eyes of a popular anime character or Spongebob Squarepants, but the voices coming out of them are your friends, and they still feel like your friends.

Many movie theaters are shut down, but the VR cinema is open for business. With BigScreen, you and your friends can sit in a virtual theater and watch a virtual movie. Even better, you can use it with any media file you have on your computer. With a bit of finagling, you can even get it to work with streaming services, and you can pay for movies that you don’t have access to as well. I recently used this app to introduce my friends to the brilliant piece of ‘90s camp that is Hackers, but you can use it for any number of other obviously inferior movies… HACK THE PLANET!

And there are numerous other apps that you can choose from, that basically run the spectrum from chaotic to controlled. vTime is a lot like VR chat, but you don’t have goofy anime avatars and all you can do is sit and have a pleasant conversation, which honestly is all a lot of people want.  The focus here is the environments, which are much more pretty and immersive that VR chat’s quickly slapped together environments.

Or heck, if you want a more active experience, just boot up your favorite multiplayer VR game. Gaming with friends is just as social as any other activity.

Look, it’s a hard time right now, and we are going to have to go through this for a bit longer. VR isn’t a magic bullet that will replace meatspace interactions forever, but it does help. There is just something to being able to see things in 3D space that makes it more real, even if it’s not as real as the real thing. At least, on a personal level, VR has really helped me get through some of the loneliest times of this pandemic. Hopefully, it can help you too. 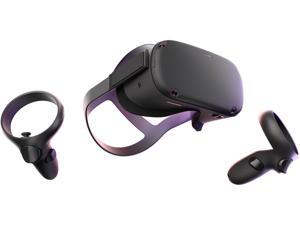 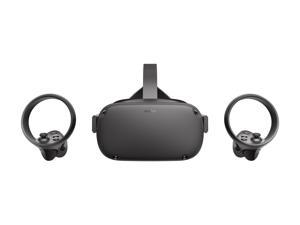 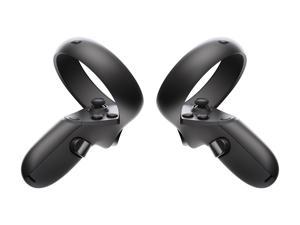 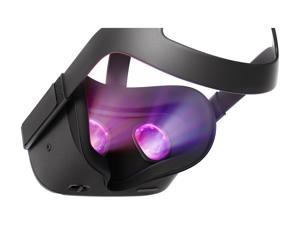 The best free games and apps for Oculus Quest

News
Jun 23, 2020
The Oculus Quest has been a difficult piece of tech to get your hands on over the last few months. It seems that even with almost a dozen in-stock...

News
Feb 21, 2020
In about a month’s time, fans of Valve’s seminal Half-Life IP will get to once again explore the series’ unique sci-fi world…though not in the way...

How to play retro games in VR with Dolphin VR

News
Jul 16, 2019
I have three words for you: Metroid Prime VR . Doesn’t that sound awesome? Well it’s real and it is all thanks to a little program called Dolphin VR...