How to unlock every character in Marvel Ultimate Alliance 3: The Dark Order

You might notice that you don’t start with a very large roster in Marvel Ultimate Alliance 3. In fact, you only start with the Guardians of the Galaxy. For a grand Marvel crossover, that’s not a whole lot. Luckily, most characters are fairly simple to unlock just by playing the story, although there are a few secret characters waiting in the wings. You can jump around in online games to unlock characters out of order if you really want to get your favorites first. So here’s a guide to getting every character as well as a few other unlockables in Marvel Ultimate Alliance 3.

You’ll get these characters just for starting the game. You’ll have to play through all of chapter 1 just with them.

This who’s who list of Marvel major characters is unlocked after your first boss battle with Sand Man in chapter 2.

You’ll fight Venom and Electro as your second boss in chapter 2: The Raft. Win the battle and Venom will be ready to make your enemies’ heads roll like a turd in the wind.

Luke Cage joins after you beat down the prison riot caused by the Green Goblin later in the chapter.

The two spider-teens and the inhuman from Jersey City are unlocked by defeating both them and Mysterio in a boss battle late in chapter 2.

You unlock Iron Fist after the first enemy wave of Hand ninjas in chapter 3.

Daredevil joins shortly after your second battle with Hand ninjas in the same chapter.

Wasp joins shortly after Ultron invades the Avengers Tower in chapter 4. You just have to beat the first wave of Ultron Bots to unlock her.

Hawkeye, just a dude with a bow and arrow, is unlocked by defeating Ultron later in the chapter.

These throwbacks to X-Men: The Original Arcade Game can be unlocked after the first battle with Sentinels in the Xavier Institute, chapter 5.

The Merc with a Mouth will meme his way into your party after the fight with the Juggernaut later in the chapter.

This monster hunter joins after the first wave of Mindless Ones in chapter 6: The Dark Dimension. (Author’s note: If you don’t know who Elsa Bloodstone is, don’t bother reading her original comics. Just read Nextwave by Warren Ellis and Stuart Immonen. Trust me.)

Ghost Rider joins your party after the first major rift in the Dark Dimension. Note, he is not voiced by Nicholas Cage. 0 out of 10, literally unplayable.

Later in the chapter you will fight a possessed Doctor Strange in a rather frustrating boss battle. Taking him down will unlock the Sorcerer Supreme for your party.

Storm joins in the first area of chapter 8: Wakanda. There are no characters to recruit in chapter 7.

Black Panther joins in the final area of Wakanda and is the final character unlocked via the campaign.

Elektra can be unlocked by clearing the “Bad Buisiness” infinity trial in the Gamma Rift. The game recommends a level 30 party to take this one on. It puts you up against the Kingpin and a large wave of enemies.

Magneto can be unlocked by clearing the “Defeat Klaw and 2 Bosses” Psi Rift trial, ranked at a level 38 difficulty. This trial puts you up against Klaw, the Kingpin (again), and Dr. Strange one after another with no chance to rest.

Loki will join your party after completing the “Defeat Ebony Maw and 4 Bosses” trial in the Sigma Rift. The name is a bit misleading as you will actually have to defeat every member of the Black Order in a row with no chance for rest and no heals beyond random waves of adds. Note, you will only gain access to this rift after finishing the game.

The game’s final character can be unlocked by taking on “The Black Order” trial in the Lambda Rift, one of the hardest trials in the game. To even gain access to this trial you need to beat the game twice, once on any difficulty and once on “Superior” difficulty. Speaking of…

You will unlock your first three ISO-8 equipment slots simply by leveling up your favorite character. To unlock their 4th, however, you will have to unlock all six special nodes in the Alliance Enhancement grid, which means basically unlocking every single node except the starting nodes. 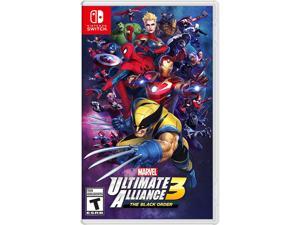 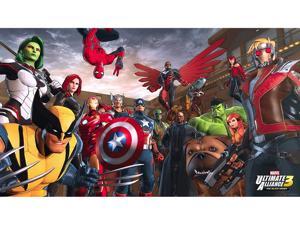 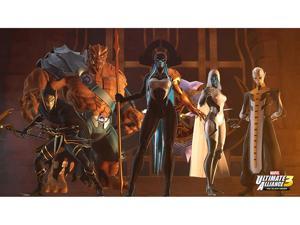 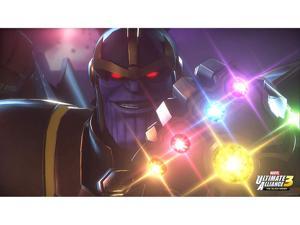