How Kojima makes the gameplay of Death Stranding unfold

There was one thing that stuck out to me the most while I was playing Death Stranding. No, it wasn’t the tentacle whales. No, it wasn’t the babies in jars. No it wasn’t the grenades filled with fecal matter (note, it was almost the grenades filled with fecal matter). Rather, it was the way that Kojima and his team managed to make the game evolve as you play it. Each chapter, heck even each mission within each chapter, plays in a different ways. This is because, in part, Death Stranding is an unfolding game.

“What’s an unfolding game?” you may ask. Unfolding games, also known as incremental games, are games that start you off with one small set of mechanics and, through unlocks and upgrades, slowly introduces more and more mechanics to the point that gameplay in later portions of the game is drastically different than gameplay in earlier portions. You can find a lot of experimental unfolding games on the internet such as Crank or A Dark Room. These games usually start as simple clickers and evolve into resource management games, exploration games, RPGs and more.

Kojima did the same with Death Stranding just to a much larger extent and with a AAA budget. In fact, you might be able to consider Death Stranding as one of the first popular mainstream AAA unfolding games.

When the game starts, you don’t even interact with enemies of any kind. You don’t even have access to your funky fetus. All you have is a package, a backpack, and a destination. So obviously you get used to the map, plotting routes, and the nature of navigating uneven terrain.

Soon after your first delivery mission two new elements are introduced. First, you get your bridge baby and BTs enter the mix. Now, while the game is still a fetch quest simulator, it also becomes a stealth game. You have no way to combat the BTs at this point so all you can do is hide, sneak, and run. In fact, holding your breath becomes an important mechanic as any sound will alert the BTs.

Second, you are given a corpse to deliver and its heavy weight and tall nature makes Sam lean wildly as you travel over rough terrain. Here you are taught how to steady yourself as you navigate. You are also taught one of the key aspects of inventory management, how to manage the height and weight of your load.

Kojima starts playing a bit of a juggling game here. He starts “removing” earlier mechanics to shift the way the game is played. For example, in chapter three about 10 hours in you gain access to your first robotic skeleton, the power skeleton. This exoskeleton vastly increases your carrying capacity making inventory management and balance a thing of the past. However, it introduces a new concept to the game: battery management, power grids, and generators. Now instead of managing your load for long trips you start planning your route around how you can best conserve power, even if that means going over tougher terrain.

You are also introduced to hazards that can knock packages off the top of your backpack while the packages inside stay safe. This changes your inventory management question from “what can I carry without falling over” to “what do I want to stay safe in a conflict.”

There’s also the matter of resources which were introduced slightly before this chapter. Resources are used to build buildings but, in chapter 3, they are also used to produce infrastructure like roads. Upgrading certain outposts gives you access to more resources. Now the game has become a resource management game and a city builder, while simultaneously becoming less of a balancing act.

Midway through chapter 3 you also get use of your first firearm. Now the game has become a shooter. However, your starting firearms can’t kill anyone and the grenades you get are only useful on BTs, so it becomes something of a stealth assassination based shooter.

At the same time, this relieves some pressure on the resource management part of the game, since you can now use your firearms to raid MULE camps, and recycle their items for resources. This gives it an almost RPG aspect of combat and looting while retaining the city building aspects.

The game then starts to vacillate between resource management, building, and action segments. Every time you unlock a new resource new buildings become available to buy. However, those buildings cost this new resource which you have very little of. So you’ll have to complete more deliveries and hunt down more MULE camps to get them.

New methods of delivery are also introduced in this chapter, which make you decide which parts of the game you want to play. You can trade in your power skeleton for a speed skeleton for faster deliveries, but doing so will make you play the balance game again. You can attach hover platforms which can carry a ton of cargo, but they prevent you from using vehicles or utilizing useful climbing tools like rope anchors and ladders. You can load everything up in a truck or ATV, but a small attack will cause them to malfunction leaving your cargo stranded. Each delivery method adds and removes different aspects of gameplay, from balance, to inventory management, to combat and traversal.

Its chapter 4 by the time you get your first firearm that fires actual bullets, and now the shooter game begins in earnest. You also encounter terrorists instead of MULEs, which are also shooting to kill you. You’ll dodge, take cover, utilize a variety of different weapons to take on these enemies. However, killing enemies creates BTs and if you were to utilize these lethal weapons in any way (and after a huge boss fight themed after the trenches in World War 1 the game kind of pokes you to) you also have to deal with combat with BTs, which requires a completely different set of combat skills.

Then in chapter 5 you are introduced to non-lethal guns which removes the threat of BTs spawning from firefights. Some even allow you to shoot blood soaked rounds. This condenses combat to a much simpler form. But what happens at the same time? You are tasked with navigating huge mountainous terrain that doesn’t play well with any of your transport options AND your BB is taken away so you can’t even see BTs anymore! Now you’re stuck with a sense of isolation in the mountains with no choice but to confront the BTs that run into you. It’s something of a Resident Evil style horror game at this point.

I could go on and on about how the gameplay keeps unfolding and evolving. Hell I haven’t even mentioned the boot meter, or the BB pacification meter, or automated deliveries which play out almost like a sort of sim game. The point is, this is how Kojima prevents a game about delivering packages from getting old. Yes, the only thing you ever do is get stuff from point A to point B, but you are playing a different game with different set of mechanics every time you do. You aren’t just upgrading Sam as you go along, you are upgrading the game, and new mechanics are introduced right up to the absurd two hour ending sequence. 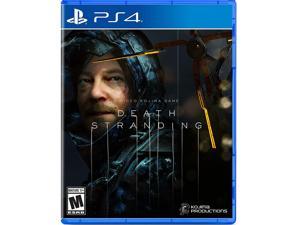 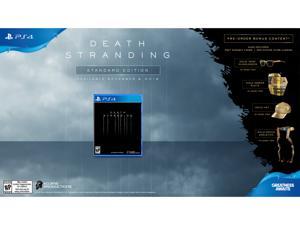 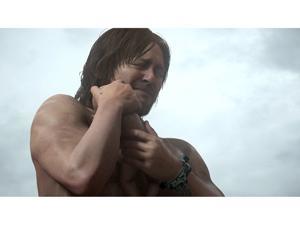 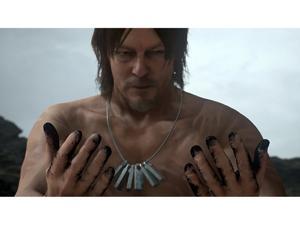 Death Stranding in the time of social distancing

News
Apr 02, 2020
It comes as no surprise that fans of Death Stranding , Hideo Kojima’s latest digital opus, have noticed some real-life parallels between the game and...

News
Mar 02, 2020
PlayStation 4 owners having been enjoying Death Stranding since November 2019, but PC players will be able to join in the fun this summer. Publishing...