Hitman 3: How to solve the Thornbridge Manor murder mystery

One of the best side missions in Hitman 3 happens during the Death in the Family level, where your target is the corrupt Alexa Carlisle. Before you assassinate her, it’s worth completing the “Means, Motive and Opportunity” Mission Story first.

On top of the ramifications of faking her own death and worrying about Agent 47’s arrival, Alexa is dealing with a family crisis: her brother Zachary died overnight. While it looks like suicide, Alexa is suspicious that one of her children or staff may have done him in, so she hired a private investigator to solve the mystery.

The story seems to be influenced by director Rian Johnson’s Knives Out (itself inspired by other classic whodunnit books and films), and it’s a ton of fun to interrogate the eccentric Carlisle family before completing your actual objectives. But it can also be easy to lose track of the alibis and evidence you need for the investigation.

That’s where this handy guide comes in! If you’re stuck or feel like you have no way out (make sure to save scum often), consult the info below to get back on track and find out who the real killer is in Thornbridge Manor.

You’ll spot the detective right at the beginning of Death in the Family, and you’ll need his disguise if you want to kick off the murder mystery story. Carefully follow him to the house (crouch and use the environment to hide from the guards), and then use the open window to the right of the main entrance to sneak into the mansion.

Stay put for a second. The detective will speak with the butler, Mr. Fernsby, in the foyer, but he’ll eventually walk over to the hallway you’re in. Use this opportunity to knock him out, put on his clothes, and hide his body in a closet. Speak to Mr. Fernsby to begin the investigation. He’ll lead you to the victim’s room.

There are a total of six clues in Zachary’s room: his dead body; the whiskey near his bed (use your camera to scan it); his supposed suicide note on the table near the fireplace; his laptop; the secret room (use Instinct Vision to find the room’s switch on the bookshelf); and the floor plans to the mansion inside the secret room.

Take a look around and notice Zachary’s love of plants — that’ll become important later. Agent 47 concludes that Zachary actually died of poisoning and that someone used the secret passage to sneak into his room. Talk to Mr. Fernsby again, and he’ll ask you to gather evidence and interrogate the entire family.

Since he openly admits to not having an alibi for the previous night, he’ll remain on your suspect list as well.

You can do this in any order, but I found it easier to start from the front of the manor and make my way toward the back (follow along with the map above). First up is Alexa’s grandson, Patrick, who mostly hangs out in the Library. Patrick claims that he was out frolicking with a maid named Rosie last night.

To confirm his alibi, head to the Staff Room and you’ll see Rosie talking to another maid about her wonderful time with Patrick. Interestingly, she also says that they saw Emma near the Greenhouse last night, tipping you off to another place you should visit. For now, we know Patrick isn’t the killer.

Run to the Trophy Room to find Alexa’s youngest child, Rebecca. She says she was in a conference call when Zachary died. If you have a lockpick or crowbar, you can confirm her story by heading one floor up and breaking into her room (go south of Zachary’s bedroom). Inside, you’ll find a laptop that verifies her meeting, as well as a notebook about the family’s finances.

Go back downstairs and visit the Sitting Room. Here you’ll see Madam Carlisle’s eldest son, Gregory, and his wife Emma — you have to question them separately. Gregory reveals that he wasn’t in the manor for most of the night because he and his younger brother Edward were out drinking. Emma claims she went to bed early due to a headache.

Lastly, walk to the Dining Room, where Edward will either be playing the piano or practicing the fake eulogy for his mother. He’ll confirm that he was with Gregory the night before, so you can rule out both of them from your list of suspects.

It’s good to visit Emma and Gregory’s room on the second floor (northwest corner) before you go any further. The most important clue here is a letter from Emma’s mother that has some juicy family gossip (it’s on the nightstand). You’ll also find a bulldog cane, the keychain to the Greenhouse key, and a muddy pair of shoes.

Eventually, Alexa will descend from her third-floor office and call a brief family meeting in the Sitting Room. Participating in this scene isn’t necessary to the investigation, but it’s amusing to watch the Carlisle family snip at each other. Either way, it’s best to follow up on Rosie’s information and head to Zachary’s Greenhouse behind the manor.

The Greenhouse is locked, but if you haven’t found a crowbar yet, there’s one sitting on a stack of boxes nearby. Watch your surroundings, though: Emma might show up here as part of her walking routine. If she gets there before you do, you can follow her in without breaking into one of the doors.

Observe her from afar by crouching and hiding behind the plants. She’ll express frustration at something being broken. You can force her to leave by talking to her, and she’ll make up a flimsy excuse before bolting out. Very suspicious!

When she’s gone, go up to the broken lab equipment on the table. Someone was obviously using this to make some poison. Use your camera to scan the open book on the other table to collect the last Greenhouse clue.

If you have a wrench, you can repair the lab kit and make your own poison using the plants in the Greenhouse. But I can’t stress this enough: DO NOT fix it. Save that for a different run-through. Fixing it will lead to Emma creating more poison, and she’ll pour the deadly concoction into Alexa’s drink back in the Sitting Room.

Madam Carlisle will die within seconds of consuming it. While that still counts as a successful assassination for Agent 47 (and reveals how power-hungry Emma is), you will no longer be able to complete this Mission Story. You have to tell Alexa about the outcome of the investigation before you or anyone else kills her.

I made this mistake myself, but luckily I was able to undo it by going back to a previous save file.

You should have enough evidence to convict one of your suspects. It’s clearly Emma, but because Mr. Fernbsy doesn’t have an alibi, he’s also a viable candidate. If you want to blame him, you can break into his office on the ground floor to collect some circumstantial evidence (the door is in the same hallway where you clobbered the detective).

Talk to Mr. Fernsby and tell him you’re ready to present your conclusions. Once you’re in Madam Carlisle’s office, you can decide to blame Emma or the butler; nothing changes except for the conversation you have with her. Either way, you can easily complete one of your main level objectives by asking for the Arthur Edwards case file as a reward.

Congratulations, detective! You solved the murder mystery. Now you’re free to kill Madam Carlisle however you like. 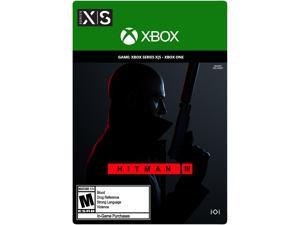 News
Feb 04, 2021
Hitman 3 has only been available for a couple of weeks now, but if you’ve already gotten through all of the content and finished the game there’s...

Hitman 3: How to use poison, coins, cameras, and other tips to become the deadliest assassin

News
Jan 22, 2021
It’s been a while since we got to step into the shoes of Agent 47, so it’s understandable if you are rusty. Don’t worry if you get caught a few times...

Hitman 3: How to unlock the secret ending

News
Jan 21, 2021
I wasn’t a big fan of the plot in Hitman 3 but I will say that its endings are very, very, good. Most notable is its secret ending, which actually...