Hands-on: What is Far Cry Arcade?

While spending a day on a California ranch that was turned into Far Cry 5’s fictional Hope County, Montana, we were able to get our hands-on some of the open world activities in the game as well as play some co-op and talk to a couple of Far Cry 5 developers about the gameplay and the game's story.

One of the new features that sticks out in Far Cry 5, however, is Far Cry Arcade. Far Cry Arcade features maps and activities created by other players (along with Ubisoft developers). The map editor in Far Cry Arcade, which players may be familiar with from previous Far Cry games, will include not only Far Cry game assets, but assets from other Ubisoft games. Think Assassin’s Creed or a Tom Clancy title. These maps and activities can be played solo, co-op, or player vs. player. According to Ubisoft, this is just a natural progression for Far Cry’s map editor.

“We’ve always had the in-game editor that’s been in the previous Far Cry games but we wanted to take it a big step further,” said Far Cry 5 producer Darryl Long. “So adding the new game modes, adding the new assets from other Ubisoft titles, like Assassin’s Creed and Watch Dogs, you can make these crazy maps, there’s so many possibilities. These are the things you can do now in the in-game editor and share those with the community. And we wanted to make sure that the players who play the game, they’ll get exposure to the Far Cry Arcade.”

Far Cry Arcade is accessible from the main menu of the game as well as within the game. While playing Far Cry 5, players enter different locations, like a bar or restaurant and find a classic arcade cabinet where Far Cry Arcade can be accessed.

“There’s Arcade machines all around the world and if you walk up to one and interact with it, you’ll start playing the arcade right there in a game within the game,” Long said. “It’s all about loving our community.”

In my first solo game, I played a map called “Upside Down” where the only goal is to just get to the exit. Once I entered the map, it seemed kind of obvious that the devs were inspired by Stranger Things’ “upside down” as in everything in the world was just weird. I was in a dimly lit house with floating clocks and picture frames, beds and kitchen appliances hanging from the ceiling, with bodies, bones, and blood splattered everywhere. At one point, there were some goats following me in and out of rooms. Although I was equipped with a shovel, I didn’t have to fight or battle anyone. It’s basically a maze that you can probably time yourself escaping and shoot for the best time.

The next solo game was on a map called “Terminal Station,” where the goal was to eliminate the targets and escape. This map takes place in a freight yard that has a handful of enemies standing guard as you make your way to the highlighted enemy on the map. I died on my first run through, a bit overwhelmed by the number of enemies that seemingly appeared out of nowhere. On my second run through, I was able methodically plan where I would go, take cover, assassinate the target (which I did with a Molotov cocktail), and make my escape.

The next game was a player vs. player team deathmatch on a beach. Teams of four went head-to-head on a beach where you not only had to worry about the opposing team, but a random bear or two who wants to join in on the fun. Our loadouts were limited in this demo, but there were options for the folks who like to snipe, play stealth, or run in with guns blazing. Unfortunately, my squad was trash and we were dealt with swiftly during the two matches we played. I didn’t help much, either.

Far Cry Arcade seems like a fun addition to the game, especially for those who complete Far Cry 5 but still want to experience new content, either by creating maps and activities, and playing those created by others. While the experiences hardly last longer than 10 minutes, if there's enough variety and creativity from fellow players, I could possibly see how you could lose yourself in the endless content of Far Cry Arcade. Check out Ubisoft’s introductory video below: 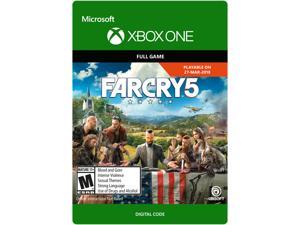 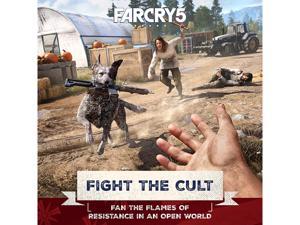 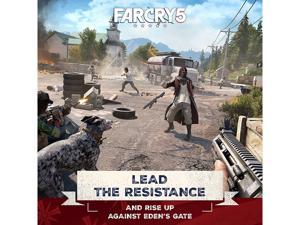 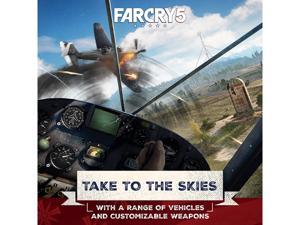 News
Aug 30, 2018
Amid three DLCs and more Far Cry Arcade updates than you can shake a patriotic shovel at, Ubisoft has finally released an official New Game+ mode so...

News
Aug 30, 2018
Far Cry 5: Dead Living Zombies is the final piece of full-length DLC on Ubisoft’s current roadmap for Far Cry 5 , and although it has its high points...

News
Aug 20, 2018
Dead Living Zombies, the third and final premium DLC expansion for Far Cry 5, will launch on August 28 according to publisher Ubisoft. A press...