Prey is a sci-fi shooter/RPG from Arkane Studios, the development team behind the Dishonored series, and is scheduled for release on May 5. The game was a surprise announcement at Bethesda's E3 event last year, as many had given up hope on the Prey series ever producing a follow-up to the original 2006 title. As it turns out, this new Prey doesn't have any real connection to either that original game or the canceled sequel, but is instead its own special blend of System Shock, Dead Space, and Dishonored.

I played through Prey's opening hour at a recent preview event and had a chance to get some questions answered by Lead Designer Ricardo Bare. Spoilers for the opening hour of Prey ahead!

A mind twist right from the start

Prey's story starts you off in a stylish near-future apartment building, giving you a chance to learn some of the basics of the controls before taking you on a helicopter ride through a slick title sequence and introducing you to your scientist brother, Alex Yu. You play Morgan Yu, a protagonist who can be male or female (a choice which doesn't have any significant impact on what happens in the game), and you're tasked with completing some simple tests to get you prepared to join your brother's work on the space station Talos I. With some heavy shades of Half-Life all Hell breaks loose during the tests, and you have a chance to see a coffee cup transform into a hostile spider-like alien before you pass out.

And then you wake up...in your apartment again. On what seems to be the very same day that you just went through, with the same alarm and the same phone call from your brother.

So...something strange has been going on. And the true depths of that strangeness become apparent as you explore, read e-mails, and listen to audio files left scattered around (because yes, this is that kind of video game). As it turns out, you've been on the space station Talos I for quite a while already—maybe even years, in fact—and you've been having your memory wiped over and over again as part of an experiment with ability enhancing "neuromods." An experiment that you personally seem to have had a hand in setting up in the first place, and that may or may not be connected to the chaos and death now unfolding across Talos I.

Prey looks to be aiming for a mystery-packed narrative in which you're unsure who to trust and what's real. And, thanks to the presence of aliens known as "mimics," you also won't be sure which of the in-game objects you encounter might suddenly try to kill you.

Aliens inspired by Dungeons and Dragons, not Garry's Mod

The alien enemies in Prey come in a few different varieties, but the first and most plentiful are the arachnoid mimics. Mimics can change their forms to match any in-game physics object, and they take advantage of this ability to hide when injured and to launch ambushes in rooms you thought were empty. The mimics perform all this subterfuge unscripted, as part of their AI, which means that even the game's designers aren't sure where mimics will be hiding on your particular playthrough of Prey.

Fighting mimics feels a lot like playing a game of Prop Hunt in Garry's Mod, and that game's techniques of tapping suspicious objects with your melee weapon and keeping an eye out for strange duplicate items will serve you well in Prey. This aspect of Prey feels so familiar, in fact, that it came as a big surprise when Arkane's Ricardo Bare revealed that he was unaware of Prop Hunt when he first came up with this aspect of Prey. The initial idea actually came from the classic Dungeons and Dragons monster called the mimic, a predator that often appears as a treasure chest and which has previously been featured in games like Dark Souls.

The mimics are just one of the aliens you'll encounter in Prey, and these creatures are collectively known as the Typhon. Mimics reproduce by attacking humans and draining their life force, and once a human has been drained a species known as a "weaver" can come along and cocoon the corpse, turning it into a humanoid kind of alien known as a phantom.

An arsenal of weapons and abilities

In my time with Prey's opening hour I found weapons including a wrench, shotgun, silenced pistol, Nerf-inspired crossbow that fires harmless foam bolts, and the GLOO Cannon. Both the Nerf weapon (the "Huntress Boltcaster") and the GLOO Cannon have interesting applications in terms of puzzle solving and exploration, as the Boltcaster lets you press buttons from a distance and the GLOO Cannon can either temporarily freeze enemies or create platforms you can use to traverse areas. Neither one actually does any damage to enemies, but it's likely both will be invaluable for certain styles of play.

Prey's Neuromod system allows for point-based upgrades of a variety of skills across three broad categories (Scientist, Engineer, and Security), with different unlocks granting you the ability to hack machines, repair technology, or improve your combat skills. You won't be able to max out all the different abilities during a single playthrough, Bare explained, so that's where Arkane's expected "play your way, then play over again a different way" style of game comes into the picture.

Later in the game your upgrade choices will expand beyond human abilities to include those of your alien foes, and those upgrades will include their own powers and complications. Security turrets in the space station, for example, will start shooting at you once you've spliced enough alien genetic material into your system.

In contrast to Dishonored's mission structure, which provides intricate levels but doesn't allow for back-tracking once you've completed a given mission, Bare describes Prey as an "open space station game," with the entire station open to explore by the time you reach the second half of the game. As you make your way through Prey you'll be able to repair elevators, pick up key cards, and eventually even go out into the zero-G void of space itself (provided you're carrying oxygen), all of which will allow you to access areas of Talos I in a variety of different ways.

Bare spoke of the challenges of designing this kind of zero gravity gameplay, which led to interesting battles between those on the development team who wanted the space environments to be as scientific and realistic as possible and others who advocated for a more cinematic approach to space that is easy to navigate and simple to understand.

This exterior space walk component of the game won't be confined to a single "level" or gameplay section, but will instead be an option that's available to you throughout the game, if you choose to explore it.  Missions in the game may task you with traveling to far-flung areas of the station, and how you get from point A to point B will largely be up to you and what abilities you have at your disposal.

Bare described Prey's ending as having two main "branches" based on some critical choices you make along your journey, and within those branches there will be "tons of permutations," providing slightly different outcomes depending on exactly what you did and how you treated the survivors you encountered. That will sound familiar to those who have beaten Dishonored 2, as that game also featured distinct endings shaded in minor ways based on the player's choices.

When asked about the length of Prey, Bare said that play time can "vary widely" with a game like this, depending on a particular player's approach and how much they choose to explore. For playtests, at least, typical playthroughs have been coming in at between 16 and 22 hours (which, for reference, is roughly five hours longer than a typical Dishonored 2 playthrough).

On the subject of Prey's open gameplay, Bare referenced Arkane's RPG Arx Fatalis, a 2002 first-person sword-and-sorcery RPG filled with sidequests and a point-based skill progression system, which should come as exciting news for fans of that title. He also discussed the variety of gameplay choices available to the player, and stressed that no single item or ability is "required" to progress. On one of his recent playtests, for example, a bug prevented him from picking up the GLOO Cannon, but he was still able to beat the game just fine.

Prey in name only?

The story of how this version of Prey came to be is a strange one, and it's confusing enough that it came as little surprise that it came up in our post-play Q&A session with Ricardo Bare. It went a little something like this:

Question: Does this game have any connections to the original Prey or Prey 2?

Questions: Then why even call it Prey?

Bare: Arkane was actually already working on a sci-fi game a lot like System Shock, and ZeniMax owned the Prey name and was trying to get a new game made for that franchise, and the two ideas came together into this new Prey.

Some fans of the original Prey have been grumbling about this new title, and have even gone as far to say that calling this game "Prey" at all is a deceptive attempt to capitalize on the success of the original IP. Ultimately this cynicism will probably be forgotten if this new Prey is a good enough title to stand on its own feet, though if that's the case then we'll all be asking why a great new IP needed to be tied to the Prey name in the first place.

Regardless, this is the Prey we have now: a sci-fi shooter/RPG from the makers of Dishonored. It's got an interesting central mystery and some innovative weapons and enemies, but the core gameplay on display in the first hour might have felt a bit too familiar, rather than fresh. Fortunately we seem to have diverse foes, wild alien abilities, and zero gravity gameplay to look forward to beyond the game's opening sections, which would help the title emerge from the shadows of System Shock and similar "explore a crumbling facility, read e-mails, and use guns and powers" titles. 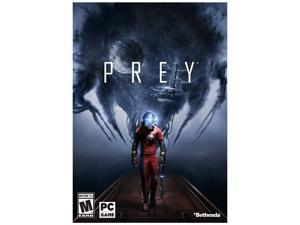 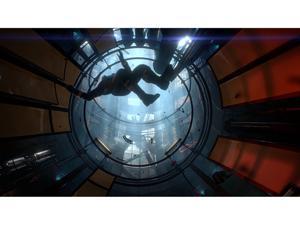 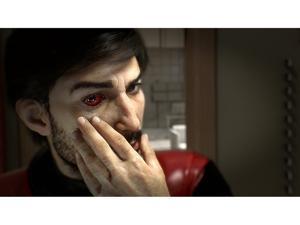 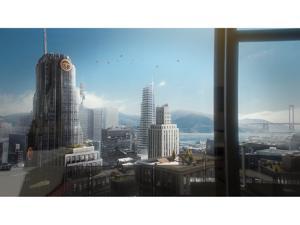