The battle royale genre has been the dominant force in gaming for years now with no sign of slowing down. Call of Duty Warzone is one of the most-watched categories on Twitch, crossplay is in development for Apex Legends, and newcomers like Hyper Scape are coming every day. And of course, you already know about Fortnite.

But what about in the VR world? Sure, there’s a battle royale mode for Pavlov and games like Stand Out and Virtual Battlegrounds but there hasn’t been a game yet to be crowned “the PUBG of VR”. Enter Population: One.

BigBox VR is taking their shot at the throne to be the battle royale of VR and after spending some time hands-on with the game I’d say they’ve got a decent shot of pulling it off. The studio’s studied the battle royales on the market, taken those lessons to heart, and the result blends the building from Fortnite with the tight gunplay of Contractors.

While on the surface the game appears to take few risks, under the hood however is a finely tuned and tested experience that nails the basics while keeping an eye on the broader possibilities for what the game could grow into.

Where we droppin’, boys?

Your game begins in a lobby. You can do all the things you might expect to do here: climb around, fire off a few guns, take in the scenery. I’m in a press server and it’s a mix of gaming reporters, Oculus staff, and BigBox folks, with one of the latter offering to be my Sherpa through the experience.

I get the rundown on movement, inventory, weapons, and building, and pick it up fairly quickly. Systems are streamlined and easy to get the hang of. VR veterans will be aiming, climbing, and building in no time while newcomers won’t struggle too much as they get the hang of it. There’s a tutorial mode that covers everything you need to know in just a few minutes.

The game gets underway and we’re transported to the top of a tower above the map. Players each get into a pod that’s launched towards a predetermined drop-zone. You can pull a lever however to bail out and pick a landing spot of your choice. Extending your arms outward will let you glide like you’ve got a wingsuit. Handy for landing but also key for movement during combat.

Our team lands and we start looting. It’ll all be familiar to anyone who’s played Fortnite or PUBG. There are shields. Food items give you health. Guns are graded according to color. Population: One has drilled down the battle royale to a science and it’s certainly been around long enough as a genre to have a few staples.

Things get a bit different and the rubber really meets the road when you come across your first enemy squad.

The sound of wingsuits a few buildings over meets our ears and so we scale the wall of a convenience store like a trio of Spider-Men to take a peek. The zone is closing in and a team is headed straight for us. Each of us, one hand clutching the roof and the other an automatic weapon, begin taking pot-shots to waylay the incoming enemy. With any luck they’d get stuck between the buildings and the zone, not wanting to climb up and then wingsuit to safety for fear of being easy targets.

It’s amazing how the situational awareness you build up playing a game like Warzone translates to other mediums. With the advantage of cover and proximity to the zone, we waited for the enemy fleeing the closing circle to come into our crosshairs.

I sent one unlucky soul straight to spectator mode while my squadmates traded shots with another team perched on top of a building across the street. Another player flies over my head like Batman in a blue puffer jacket; I let him have a very satisfying peel of automatic weapons fire. The damage numbers popping off of him remind me somehow of scoring big at a slot machine.

I didn’t get too many chances to try the building while in combat; I was still getting used to the guns, reloading, moving, and healing. It’s straightforward enough though – if you have the materials you can build walls and structures ala Fortnite to either create some impromptu cover or to scale the environment. I’m looking forward to taking another crack at it and making my own Chateau Royale.

So we didn’t get out of that gunfight unscathed and one of our squad went down. If you get killed your screen is grayed out but you can still move around with your squad. To be revived, one of your teammates needs to pull out a pair of shock paddles and shock you with them to bring you back to life.

It’s a nice little touch and a better mechanic than just holding a button to save your teammate from death. There’s no bleeding out like in some BRs, if you get killed in Population: One then you become a ghost and lose all the gear you were carrying. You can however move ahead, albeit slowly, to a better position where your team can safely revive you.

There’s no gulag, no respawn beacon, just your teammates’ wit and will to survive. We didn’t get into a situation where the last survivor has to flee a hail of enemy gunfire, leaving his ghost squadmates behind, but I can see how things could get very interesting as the lone survivor retreats to circle back and revive his fallen comrades.

The final circle closed in around a warehouse. Well, really it’s a square if you want to get technical. I was down to a submachine gun with one magazine but it proved to be enough. As the circle (square) shrunk down to the size of a tennis court we battled it out with the last squad and came out on top. There’s some fanfare, a menu pops up showing your XP gains, and then it’s back to the lobby.

Where Do We Go From Here?

The biggest question I had for the devs of Population: One was “what’s next?” They’ve nailed the mechanics, they’ve made an accessible and fun game to play, but what’s the roadmap look like?

“We are running this as a games-as-service model so it’s important that we have a constant beat of content,” explained Chia Chin Lee, BigBox VR’s CEO and co-founder.

The plan is to nail the core experience and build from there, not hit players with layers of complexity like weapon stats, attachments, and perks or gadgets. At the same time however they want to give players that grind for cosmetics, skins, and characters that’s the bread and butter for every battle royale out there.

At the moment, the characters in Population: One all look like they’re going skiing - lots of shell jackets and thermal vests. This to my eyes was just a placeholder until the focus can shift to tuning the game’s aesthetic. For now, the sole focus is on making a game players will enjoy and be able to dive into for a few quick rounds or marathon sessions with friends.

“We will be launching tons of game modes, at launch it’s best to orient people towards one experience,” Lee said. “We did have a free-for-all mode (in development) but you tend to be less social in that mode. We had a war mode with two massive teams fighting each other.”

Lee doesn’t rule out these modes eventually making their way to the game but hints that BigBox knows all too well how a promising battle royale can hook players at launch but leave them parched in a post-launch desert devoid of new content.

New zones will be added, more modes like solos or duos will eventually be on the table, and even the number of players in a game. But that’s all part of the plan. First, they’ve got to launch this thing. And things are looking pretty good with respect to it running nice and stable. I only had one connection issue and that was with OBS running to record my gameplay.

They’ve also made it their mission to have the game be accessible to VR gamers wherever they may be playing. Yes, the game was one of the flagship titles shown off at Oculus Connect, but the game will have a parity launch on Steam as well as crossplay and be playable on all the major headsets. The game will also run on both Oculus Quest 1 and 2, no easy feat given how much more horsepower Oculus’ new mobile headset boasts over its predecessor.

“It’s not exclusive at all,” Lee said. “They were very open to us being on steam, on everything, Oculus was very open about us doing that.”

Battle Passes and Beyond

When the game drops October 22, it’ll be a tight, straightforward experience. I can understand the wisdom of nailing the core game first before getting more ambitious and that in my book is a smart move by BigBox. There will be a store for cosmetics and skins at launch as well as some unlockables earned with XP but things like a battle pass or seasons are still a ways out.

Likewise for anything like leagues or official tournaments. They want to see how players react and use their feedback to build the game from an organic starting point. The goal is not, and they told me this up-front, to launch a VR esport.

And that’s really the magic word when it comes to Population: One, infrastructure. Just because they’ve translated the tried and true gameplay mechanics of battle royale to VR does not mean they’re taking everything from modern flat-screen BRs and dumping it into a VR headset all helter-skelter.

Above all else though, is how much Population: One is a social game. I haven’t used voice chat this often outside of VR Chat and it feels pretty good.

“The very first thing we did when we started in VR four years ago was not single-player stuff,” said Gabe Brown, co-founder, and CTO at BigBox. “From the very foundation of our company we said ‘we need to be together in VR’.”

To add a friend all you do is fist-bump in VR to put them on your friend’s list. We’ll see if it’s a fist-bump big enough to launch a franchise but all signs as far as I can tell are pointing to “yes.” 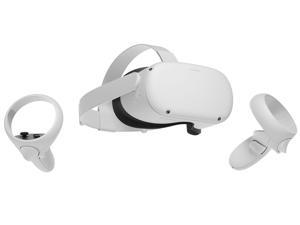 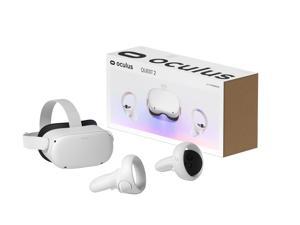 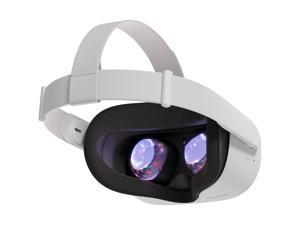 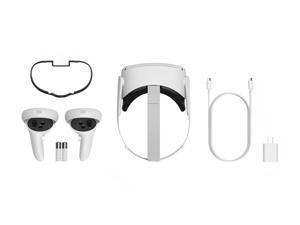