Population: One is on its surface a fairly standard shooter and a straightforward battle royale. Taken in a broader context though, the game represents one small step for VR gamers that will hopefully pave the way for the genre to thrive in VR.

If you’re reading this then you’ve likely played so many battle royales that breaking down the mechanics is almost unnecessary. If you took Fortnite and Player Uknown’s Battlegrounds and mushed them together you’d have Population: One.

Everything is here you’d expect in a battle royale. There’s a zone that closes in on you, there’s a color-coded system for weapons, and the map is a smattering of themed locations ala Fortnite. The big difference of course is it’s VR and that’s where things get interesting.

The big trick up the game’s sleeve is climbing. Population: One requires a good bit of climbing and the verticality can be the deciding factor in a gunfight. You can also glide like you’ve got a wingsuit by spreading your arms out. This lets you cover more ground and gain the positional advantage. Raining down grenades on foes from above is particularly good fun.

The rounds are short, given the small lobby-size of only 18 players, and even if you make it to the end it’s maybe 20 minutes a round. Players are divided up into trios and so that leaves just six squads fighting for the final circle.

The low player count is for the sake of server stability and, presumably, to keep the game running smoothly on the Oculus Quest 2. Population: One is one of the few launch titles for the device so having it work without issues was crucial. “One of the biggest challenges we had was shrinking this down to something that could work on a smartphone,” said Gabe Brown, Big Box’s CTO and co-founder, “that was a year to a year and a half effort.”

A view to a kill

There are differences between the mobile and PC versions with mobile’s graphics looking noticeably more streamlined compared to PC. Pickups will only pop into view within about 20 feet and the scenery is far less lush and colorful than on PC. It gets the job done, but it’s not going to be a visual tour de force on Quest.

PC players definitely have the advantage as their draw distances are higher and their vision through scopes much clearer. Everything looks smooth and polished as well with no jagged edges or pixelation. On PC you get a nice clear image of what you’re aiming at but on Quest, it’s a bit of a struggle given the necessarily lower quality. This makes sniping particularly difficult on the Quest as the scope takes up your entire view.

That said I haven’t noticed much difference in the outcomes of firefights. When you make contact it’s usually at fairly close range and once the bullets start flying your VR shooting instincts kick into overdrive.

This is where Population: One really shines because, with tight teamwork, everyone using their microphones, and the option of scaling any nearby structure to gain advantage makes the combat feel very, very solid.

There may only be a handful of pistols, rifles, SMGs, and assault rifles, but the shifting tactical situation is battle royale in its purest form. You have to take so much into consideration like your team’s ammo and current health before committing to a fight; the game always keeps you on your toes in the best way possible.

I hope the game can evolve and take advantage of the unique potential of VR for more interaction. Right now this is a shooting affair but it can be so much more. With any luck, the folks at Big Box are cooking up some new content as we speak and not just tweaks to the map.

Weapons need more variety as well as gadgets and throwables. Pickups that highlight enemies or summon supply drops would be welcome additions, even something as simple as C4 packs or proximity mines would layer on more tactical options.

Borrowing the buy stations from Warzone or the respawn beacons from Apex Legends wouldn’t be a bad idea either, giving players more flexibility to resupply or upgrade between fights. Right now what you get is what you get and if you can’t find healing items or shields you’re headed into your next fight at a huge disadvantage.

Reviving teammates is also painfully slow, and while the mechanic is neat, it takes far too long to charge up and use. When a teammate goes down a living player needs to charge up a pair of shock paddles to resurrect them. The only problem is it’s nearly impossible to do in a fight as it takes around thirty seconds of furiously flailing your arms together to bring someone back. Dead players also move incredibly slow, making it difficult for them to keep up with live teammates.

The game could also do with one or two fixes to interaction. In the game today there’s no way to open a door, they just explode when you touch one. This makes a very loud noise, giving your position away to any nearby squad. Given how important sound cues are in battle royale it’s worth the dev’s time to address this.

There also could be just more stuff to interact with. VR is all about pressing buttons, picking things up, and manipulating the world around you. While you can build walls (if you’ve got the materials) it’s hasn’t been for me so far a necessary part of the game. You can play several rounds without ever using the build function.

What the game really needs is more modes. As is, you have to play in squads of three. Getting matched up with a 10-year-old kid who doesn’t land near you and immediately gets killed seems to be a universal experience for battle royales. But there’s no way to play solo right now or get a more dynamic game with nine teams of duos.

While the devs are at it they could tweak the gameplay to cater to more experienced VR players. The way reloads work for instance is overly simple; all it takes is a flick of the magazine and charging handle to reload. It’d be great to reach down to your belt for ammo or to actually throw grenades. Dual-wielding weapons would also be an absolute joy.

It’s reasonable to believe this and more is on the way but that’s really the challenge with Population: One, the game will need to evolve and add features to keep the playerbase up and the brand growing. But for right now the game is in a good place because it works and it’s good fun for five or six rounds.

If you don’t mind a more casual experience and are willing to give the developers a chance to grow and expand the game then Population: One is a solid addition to any VR gamer’s library. It’s not going to win any awards out of the gate for innovative game design but they’ve nailed the basics and served up a solid battle royale experience. 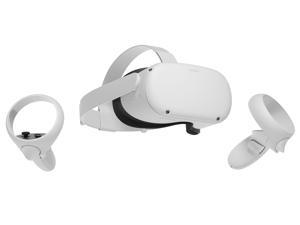 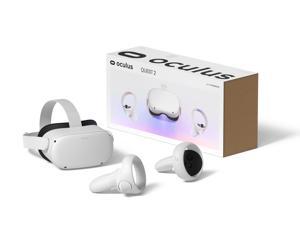 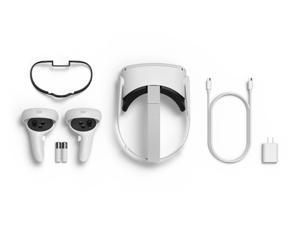 News
Oct 08, 2020
The battle royale genre has been the dominant force in gaming for years now with no sign of slowing down. Call of Duty Warzone is one of the most-...