The first time I built a gaming PC was in high school, more than a decade ago. I finally saved up enough money to get the parts I needed, I waited for them all to arrive at my house, and when they arrived, I couldn't wait to assemble the beast.

I tossed it all together, with absolutely horrendous cable management on account of not knowing any better, and stepped back to admire my masterpiece. Before I could flip the switch and spin up my dad's PC copy of The Elder Scrolls IV: Oblivion, I hit a pretty significant speedbump. I sunk all my money into the PC, but I had forgotten about the monitor, which is one of the most important pieces. Where should I start? Was our normal office monitor enough? I didn't know what to do, and I had to postpone gaming until I figured it out.

A decade later, the parts in the PC and the involved technology are certainly different, but the dilemma remains the same for any first-time builder out there and any gamer on a budget. How do you budget for a decent enough rig without sacrificing on your peripherals too much? Just as PC gamers have struggled to answer that question, manufacturers have tried their hand at providing a solution.

Samsung, for instance, wants to give gamers top-notch tech without blowing out their wallet. Its newest gaming monitor, the CRG5 revealed at E3, is one such solution. We tried it out ourselves to see just how good it can be for how cheap it's running, and we're happy to report that it's actually pretty darn impressive.

A budget-friendly price for best-in-class specs

The biggest, highlighted feature that should draw your eye is the refresh rate. Each year, it seems like the norm for gaming monitor refresh rates increase. Right now, it's quite normal to have something in the 120Hz range, as they've gotten cheaper over the years. This monitor is the next step up at 240Hz. Which is, just in case you're not familiar with monitor speeds, really, really fast. I like to consider the largest, most significant difference in speed to be the jump from 60 to 120. That's the jump you can really notice immediately. This jump, though, is comparable.

When we say this is the highlighted spec, we mean it. Monitors with a 240Hz refresh rate typically run around $600 at the cheapest, and those are some impressive monitors. To get one as cheap as this, you normally need to look for a pretty rare sale. Those sales definitely happen, but $400 as a base price is not something you'll be able to find normally.

The refresh rate isn't the only impressive feature, either. It has a solid response time - not an incredible one, but it's  solid. Its menu is incredibly easy to navigate with the small toggle on the bottom-center of the monitor, and its VA style panel is a jack-of-all-trades panel with better color depth than a TN panel but worse than an IPS. The monitor also sports an Eye Saver Mode right in the first menu for convenience, which dampens colors and dims the brightness to ease your eyes. There isn't a default yellow or blue-hued mode, however, like other monitors may have.

We tried this on three monitor on three very different games. The first was Ubisoft's flagship competitive title Rainbow SIx: Siege. Next we tried Riot Games' League of Legends, and finally back to Ubisoft for a third-person experience with The Division 2. All three were played at ultra settings and the full 240Hz refresh rate, and the goal was to record the experience in all three games, as they are all very different experiences. I've played each more than 500 hours, so I'm very familiar with how each game should look and run (please don't ask how much League I've played...okay fine, it's 5,000 hours).

Out of the three, Siege was definitely my favorite to run on the monitor. The curved screen felt perfect for leaning around corners, the black equalizer made peeking into shadowed or dark corners easier, and the obvious high refresh rate made the ideal kill—a flick to the enemy's head—feel smoother and simpler to pull off. It really feels like this monitor was built with first-person-shooter games in mind. It even has a built-in crosshair that you can turn on in your monitor's settings to work as an overlay for whatever you use in-game. Depending on the game, that could be useful. Siege, admittedly, isn't a game that I found it useful in.

Oddly enough, The Division 2 was my least favorite game of the three to play on this monitor. Though this monitor is packed with features that would seem to benefit shooting games, a first-person shooter and a third-person shooter can vary greatly.

The colors popped well in The Division, just like in Siege, and the refresh rate worked wonders, but the smaller size of the screen paired with the curve actually made me a bit dizzy when rotating the camera around my character. It's a 27-inch screen, which isn't very small, per se, but it is on the smaller side when involving a curved screen. Before this, I had never gotten any semblance of motion sickness when playing a game. Your mileage will definitely vary here.

League ran perfectly fine. It felt like an obvious upgrade to my monitor at home (144Hz, 32-inch), and the rapid moving of the camera across the map felt smoother with the higher refresh rate. Of course, League isn't the most graphically demanding game in the world, so it's hard to judge picture quality, but it did look and run better than what I'm used to.

A deal, with some compromises

The monitor offers you top-of-the-line speed and picture at a budget cost, which means, and we're sure you may have surmised this already, there are some drawbacks.

After all, the world still works the same way it always has, and to make something cost less, cuts have to be made—sacrifices, if you will, to give you features that are more important, or at least that Samsung hopes you think are more important.

This monitor, for instance, lacks the ability to physically adjust. You can't tilt it, rotate it, slide it up or down—nothing. It's stationary and stands as-is, unless, you know, you want to break it (or take off the stand and use a VESA mount). This, to some, won't be a big deal. But for me, a tall-ish guy standing at about 6-foot-1, I had some issues.

I found myself looking down at the monitor on my desk, which distorts the way the curved screen displayed a bit, and my gaming chair didn't go low enough to bring my eyes down to the right level to look at the monitor. So I had to grab a standard, much lower-to-the-ground office chair, and I had to lower it even more.

My review desk sits kind of low, but not that much lower than any other desk I sit in, maybe by a few inches. All of that extra effort would've been avoided if I could simply tilt the monitor, or anything really, but again, that's a drawback. You may need to consider a desk riser of some kind if you're a taller person looking to use this monitor on your existing desk.

Second, the aforementioned VA panel type isn't best-in-class like the monitor's refresh rate may be. IPS is generally the preferred panel, due to its rich and vibrant color capabilities, but VA is the middle-of-the-road second option.

Additionally, the monitor runs a little too bright, and adjusting the contrast doesn't actually seem to affect the contrast much at all. Even the brightness, which is a standard adjustable setting on any monitor, didn't change much. From maxed-out brightness down to the lowest low, the monitor only dims slightly. If you look at the monitor, close your eyes while someone turns the brightness all the way down, and then re-open your eyes, it's difficult to realize there's a difference at all (yes, I tried). The slightly harsh default brightness can be rectified using a game's specific brightness gauge, mind you, but it's still a noteworthy issue.

The final issue, from what I can tell, is the monitor's base resolution. It sits at a standard 1920x1080, which is alright, but you can get higher base resolutions for less cash. Of course with all that said, if the base resolution, monitor size, or anything else were any better, the 240Hz would cause the price to skyrocket. So you'll be hard-pressed to find anything more impressive at this speed.

For more information, check out the CRG5 on Newegg, GameCrate's parent site. 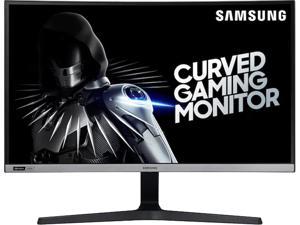 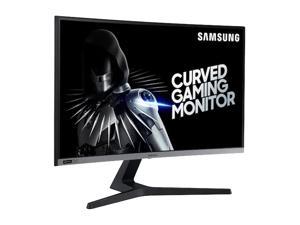 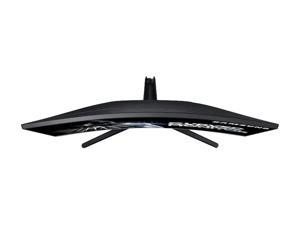 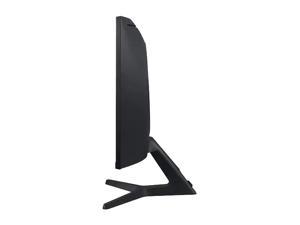 The best 4K TVs for gamers

Hardware
May 02, 2019
The time of HD has passed. All hail our massive 4K overlords! There are loads of premium TVs available from every manufacturer, from well known names...

Overview: A breakdown of the Samsung Q7FN QLED 4K TV