On February 27, the good people at Square Enix will release GRAVEL, an arcade-y off-road racing game that has you driving all-terrain vehicles in Supercross-esque conditions. In anticipation of its release for Xbox One, PlayStation 4, and PC, Square invited us to their Los Angeles offices for some hands-on time with the game.

Made by Milestone, who previous released the far more realistic racers Moto GP 17 and MXGP 3, GRAVEL has you driving trucks, 4-wheel drive cars, and other sturdy rides on paved roads, dirt tracks, sandy beaches, and lumpy mud-filled tracks inside arenas that look like they were built for Supercross events, but sure, you can drive your truck on them for a while.

Except that unlike their earlier racing games, GRAVEL's controls are far more forgiving, and far less sensitive. It also has other arcade-style qualities, such as how cars can be damaged, but said damage is merely cosmetic, and does not impact the vehicle's performance. Though GRAVEL does, like Milestone's more realistic games — and the Forza series, and the old Prince of Persia games — give you the option of rewinding time when you do badly.

GRAVEL also, like those games and others, features the usual suspect of racing game modes, including a career, one-off races, and online competition. But it also has some fun multiplayer modes including "King," a "King of the Hill"-ish gametype, and "Capture the Flag."

For the purposes of our demo, though, we stuck to GRAVEL's career mode, in which you have to run a series of events to win stars: 1 for fifth place, 2 for third, and 3 for first. You then use these stars to unlock the next batch of events. Except that some are one-on-one multi-race championships against "boss" characters, expert (and somewhat more aggressive) drivers who will put your skills to the test. Well, unless you play this on "easy."

For our run through GRAVEL's career, we started, naturally, with the first event: a single lap race that put us behind the wheel of a Toyota Celica Turbo 4WD (one of 46 real world vehicles), and had us running a track (the first of 51) that started on a sandy beach, then went onto a dry dirt path through a forest before heading back down to the beach.

It was during this race — in which I came in first...the second time — that I quickly realized that GRAVEL has standard but solid controls, especially the steering. The brakes could probably use some new pads, though. This isn't one of those arcade-ish racing games where you can just tap the brakes and let inertia carry you around a curve. Still, both worked well for this kind of arcade-style racer.

The game also has races on sunny days, at dusk, during snowstorms, and when it's raining, as well as the usual multitude of options when it comes to whether you want a third-person camera, a cockpit view, or the one that makes it look like you've been strapped to the front bumper.

Along with single-lap races, GRAVEL also has multi-lap races, point-to-point checkpoint events, elimination races, and multi-event championships. But the oddest are the ones held inside football stadiums, such as the next race I ran, in which I had to drive a Toyota T100 off-road truck on a figure-eight course in Los Angeles' famed Memorial Coliseum. Which was kind of like playing a motocross game...if the bikes had four wheels.

The next event got us back on track (sorry) by having us cruise through an Alaskan lumbermill in a Mini Countryman RX (in which I came in second), followed by a casual cruise in the snow of Monte Blanc (fifth and then second), a rainy Sunday drive in a Porsche 911 RSR Ralleye (also second), and an elimination event in Latvia (which I also came in second, which means I really failed). And while the courses in GRAVEL are nicely varied — not just in terrain, atmosphere, and event type, but also in length — they all shared the common trait of being nicely twisty, with some fun jumps, and the occasional hairpin turn.

As I proceeded to come in second in race after race, I not only accrued stars, but also experience points for committing such moving violations as drifting and going over small jumps. It's through leveling up that you unlock better vehicles. Which, yes, means you can rerun races to earning more stars if need be. Though it also unlocks additional tracks in the one-off mode.

While GRAVEL is shaping up to be a fun arcade-style off-road racing game, it did have one rather annoying problem. And no, I don't mean the brakes. Instead, it's that the menus were a bit twitchy and overly sensitive. When I went into the options to turn off the music — which, if the tunes in the menu are any indication, will consist of generic pseudo-metal — I found it hard to easily move to the volume slider I wanted, and even then, it would slip to another one as I turned the music down. And I noticed similar sensitivity in the other menus as well.

Whether that issue will be fixed, however, or the brake pads will be replaced, or how well this will actually all work, well, we'll just have to wait until GRAVEL is released for Xbox One, PlayStation 4, and PC on February 27 to know for sure. But if our time with the first bunch of events in the career mode is any indication, this probably won't be a bumpy ride. 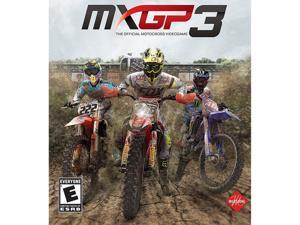