It's only been a few months since my previous hands-on experience with Civilization VI, but when it comes to the development of a game as huge and high profile as this one, a few months can be an eternity. A quick look at the game's social media will show you the steady updates that have been rolling out, with faction reveals including England, Egypt, and the Aztecs.

In my latest hands-on with the game I had a chance to spend about four hours with the latest Civ VI build at the 2K offices in Novato, California. I played as the just-announced Brazilian faction, and spent my time admiring the game's totally overhauled city system, exploring the world and meeting my neighbors, and currying favor with various city-states.

The Brazilians in Civ VI are led by Pedro II, a man who ruled the Empire of Brazil for over 58 years. The developers introducing our demo recommended we try out Brazil if we were interested in really diving into the new ways that cities work in Civ VI, and that was all I needed to hear to make my choice. Brazil features a couple of unique benefits that make them good city builders, including a happiness-boosting District (the Street Carnival) and benefits to many Districts when they are placed next to rainforest tiles (which will be feature on most maps in which Brazil appears, thanks to Civ VI's built-in start bias mechanics).

Brazil is also focused on the game's Great People system, with leader bonuses that allow the faction to claim these great figures more frequently. As an AI leader Pedro II jealously guards these Great People, and fighting him for them is a good way to get on his bad side. On the other hand, if you steer clear of Great People entirely, Pedro II will be inclined to view you favorably (unless you're running afoul of one of the AI's randomly determined Hidden Agendas, of course).

Since Great People are most commonly generated from specialized Districts, a Brazilian player, whether AI or human, will tend to build a lot of those Districts. Brazil's unique "rainforest adjacency" bonus for Districts helps them become even more powerful. The Great People the civilization generates could include military or scientific leaders, allowing Brazil to remain competitive in different ways even as they likely focus on Culture development more than other systems.

Brazil's unique unit is the Minas Geraes, a WWI-era battleship that helps the faction gain a naval boost in the game's middle stages. Interestingly, the Minas Geraes is unlocked through research in the culture-based Civics tree, rather than the traditional Science tree. Other unique units that have been revealed, such as Japan's Samurai, are also unlocked via this cultural path, meaning these civilizations will have an extra incentive to make sure they're generating culture if they want to take advantage of their unique units early and often.

Civ VI's development team has stated repeatedly that one of their goals with this latest installment in the franchise is to encourage players to "play the map" rather than relying on the same established strategies and tricks from one game to the next. One of the ways they accomplish this new focus on situational, contextual gameplay decisions is with the radical "unstacking" of the game's cities. Cities are now multi-tile entities made up of a variety of Districts, and can be tailored to thrive based on their surroundings.

Seeing the new city system in action has been surprising and refreshing every time, and this particular aspect of Civ VI continues to impress. Seeing the Pyramids built across a small bay from their associated city, for example, lends the map a visual flavor it has never really had before. As Brazil I was able to focus on building cultural and religious districts around my capital, and since these districts benefited from proximity to rainforests I had a strong reason to leave those rainforests intact, making the portion of the map under my control distinct from those controlled by my neighbors.

Cities in Civ VI are just more special than they have ever been before in the franchise, and your biggest settlements will be complicated creations you personally had a hand in guiding and crafting every step of the way. Every Wonder that's built and every District that is created shows up on the map, and will remain on that tile until you replace it or an enemy destroys it. Cities are baskets of decisions, collections of your choices between mutually exclusive options. In this way, cities have a personality they have never had before, and when barbarians or other civilizations come rampaging through, burning and disrupting your carefully crafted Districts, it hurts.

Another feature present in the latest build in Civ VI that I didn't get a chance to explore before is the city-state system. As in previous Civ games these minor, one-city civilizations return in VI to offer resources and bonuses to their allies and pesky military opposition to their foes.

The city-state system has been tweaked a bit this time around, and your favor with different city-states will depend on the number of "envoys" you have in place. The new system is detailed in this blog post straight from the developers, but in brief what you need to know is that city-states offer quests for you to complete (research a specific tech or build a specific district, for example) that allow you to gain further envoys with that city-state. The city-states in turn offer bonuses depending on their focus (culture, science, commerce, etc.) that unlock once civilizations have reached certain envoy tiers with that city-state.

The single civ with the highest envoy level (that is also above a certain number of envoys) is the designated Suzerain for that city-state, and gets a special bonus over and above what anyone else can earn. The city-state of Toronto, for example, enhances the reach of industrial and entertainment districts for its Suzerain.

As a side note, though "Suzerain" seems like the exact right word for this in-game function, definitionally, it's also an obscure term that won't mean much to many players, and may leave players puzzling about what it means until they've internalized it.

Unsorted Other Details For Civ Fanatics

As was the case with my previous hands-on preview for Civilization VI, I came away from my latest demo with a collection of random notes nad observations that don't really fit into the main body of this article. I'll include these in an unsorted list here because I know the wonderfully obsessive fans on Civ Fanatics and similar sites want every bit of information they can get. Fair warning, many of these details are subject to change as development continues.

"I'd say yeah. I mean, there's no wrong answer. There are plenty of strategy games where the game is about finding those patterns and identifying them. So just to say that there's a pattern or several best strategies doesn't mean that it's a bad strategy game. But what we strive for in Civilization is this endlessly replayable kind of playground of the map. So what we strive for in Civilization is for there not to be any particular dominant strategies, and not one right way to play the game. We want there to be many different, equally valid playstyles. And that's something we definitely have a keen awareness for, because I think we cater to a lot of different playstyles...We have a pretty wide fanbase when it comes to mechanical tastes, and we like to make each of those equally viable."

"Culture is a more fundamental system, at least early on. Culture grows your city boundaries and progresses you through that Civics tree, and unlocks new things you can do with your government. Religion on the other hand is very related, and you'll notice that a lot of things that are in the Civics tree are related to Religion, but Religion is something that not every player is going to be able to take advantage of. Kind of like how it was in Civilization V, only certain civilizations in the game, a subset, usually half plus one is what it is, will be able to found a religion of their own and take advantage of those bonuses. The other players might still be generating Faith, which is the Religion resource, but they won't be able to use it to directly impact their own religion. They will still have other uses for it, they can still buy religious units for religions that happen to spread to their lands, and they can also use it to accelerate the purchase of Great People."

Civilization VI will be released on October 21 for PC. 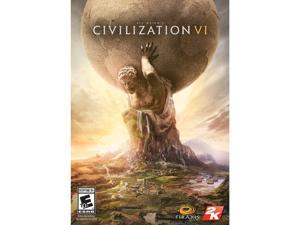 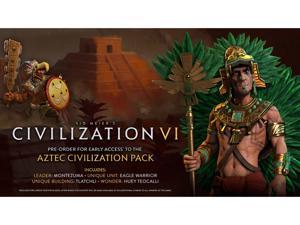 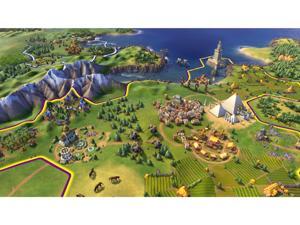 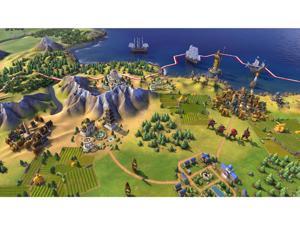 The randomly generated band names in Civilization VI are great

News
Feb 27, 2019
One of the most entertaining additions in the newest expansion for Civlization VI , Gathering Storm , is rock bands. These late-game units become an...

Reviews
Feb 11, 2019
The newest expansion for Civilization VI , Gathering Storm , is a big one. It's an expansion that isn't afraid to try seriously new things, and even...

Conquering the world with golf courses in Civilization VI: Rise and Fall

News
Feb 13, 2018
I’ve been playing the Civilization series since my biggest concerns were learning cursive and earning the next upgrade for my throne room, which was...