The next major entry in The Coalition’s hit Gears of War series, Gears 5, launches for Xbox One and PC on September 10. The upcoming game’s rollout and minutia of new and returning gameplay features can be a little hard to parse through, so we decided to round up and answer your most pertinent Gears 5 questions. Whether you’re concerned about the differences between Gears 5’s standard and Ultimate editions, which game modes it offers, or how microtransactions work, we’ve got you covered with answers to those and other questions.

So, without further ado, let’s dive in shall we?

When Gears 5 was first unveiled during E3 2018, Xbox marketing head Aaron Greenberg was quick to explain the new shorthand title. According to Microsoft’s and The Coalition’s internal data, most fans and players already refer to the series as simply “Gears” rather than “Gears of War,” and the two studios agreed that the shortened title sounds cleaner. Greenberg also joked in an interview with GameSpot that dropping the “of War” makes it easier to share and discuss the game on social media platforms like Twitter.

Greenberg was careful to clarify that the series’ brand is still called “Gears of War,” the full title has just been shortened for individual games. The same shortened title is also being used for the two spin-off games that were announced alongside Gears 5: Gears POP and Gears Tactics.

Does Gears 5 have a story campaign?

It does! This time around the action will focus on newcomer Kait Diaz who is stepping into the main protagonist role after she first appeared as a side character in Gears of War 4. Kait’s two friends, Delmont Walker and JD Fenix, will also make frequent appearances, as will JD’s father, the grizzled OG Gears of War hero Marcus Fenix. The story campaign can be played either solo or cooperatively with up to three players both online and via local split-screen.

What multiplayer options does Gears 5 offer?

In addition to the aforementioned co-op story campaign, Gears 5 will naturally include other Gears of War multiplayer staples such as competitive Versus multiplayer and the co-op Horde mode. There will also be a brand new co-op multiplayer experience called Escape where a three-player ‘Hivebuster’ squad has to shoot its way out of the depths of a Swarm-infested factory. Escape will help add more longevity for co-op fans since it will include modifiers, unique progression mechanics, and even the ability for players to create and share their own original maps.

As for the more traditional Versus multiplayer, you can read more about how The Coalition is changing things up in our recent impressions of the Gears 5 Versus technical test. One of the biggest changes is that each playable character in Versus will have a unique ‘Ultimate’ ability, adding just a dash of Blizzard’s Overwatch to the existing Gears of War competitive formula.

Is Gears 5 included in the Xbox Game Pass program?

It is! We’ll explain the specifics of Gears 5’s inclusion in the answer to the next question regarding the game’s standard and Ultimate editions since the two issues are closely linked.

What’s the difference between Gears 5’s standard and Ultimate editions?

Now here’s where things might get a bit confusing, so bear with us. If you want to own Gears 5 outright, you have two options: the $60 standard edition or the $80 Ultimate edition. Among the added perks included in the Ultimate edition is the ability to play Gears 5 early starting on Friday, September 6. Those who pre-order either edition unlock the following extras:

Does Gears 5 have microtransactions?

It does, but it sounds like The Coalition is taking a much more user-friendly approach this time around. Unlike Gears of War 4, Gears 5 won’t have any randomized loot boxes or card packs. Instead, there will be a dedicated store where players can directly purchase any microtransaction items they want. The store is expected to include cosmetic items like the aforementioned Halo: Reach and Terminator: Dark Fate characters as well as multiplayer progression boosters for players who’d rather cut down on the grind.

The Coalition has also stated it will be clearly separating microtransaction items and items that players can earn for free by playing Gears 5. This means that players with deep pockets won’t be able to just immediately buy all the coolest-looking stuff. Instead, all Gears 5 players will progress through a free battle pass-esque system called the ‘Tour of Duty’ by completing challenges and earning XP, unlocking unique cosmetics for each new Tour of Duty rank they reach.

Will Gears 5 be getting any post-launch DLC?

It sure will. The Coalition’s current plan is to release a sizable multiplayer expansion every three months or so. Each expansion will include new multiplayer maps, characters, weapon skins, and more. These expansions will also be entirely free for all Gears 5 players and will have specialized themes similar to the season systems found in games like Destiny 2 and Fortnite.

Stay tuned for our official Gears 5 review and for additional coverage once the game’s early access period kicks off later this week. 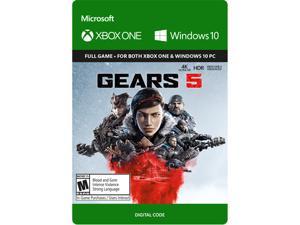 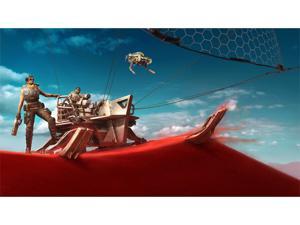 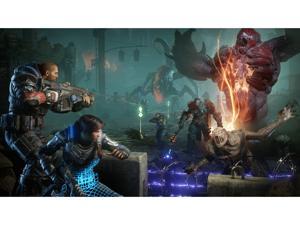 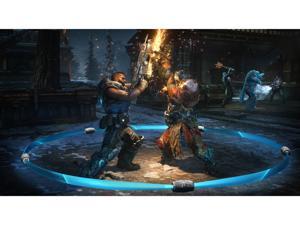 News
Nov 20, 2019
The music of Gears 5 was one of the highlights of the game, released earlier this year. Composed by Ramin Djawadi, known for his work for Game of...

Gears 5: How to survive the new Escape multiplayer mode

News
Sep 12, 2019
The Gears of War series has long been a bastion for co-op multiplayer fans thanks to its iconic Horde mode, but for Gears 5 developer The Coalition...

Gears of War: Retrospective writer Arthur Gies on his look back at the sci-fi shooter series

News
Jul 23, 2019
With Gears of War 5 due out September 10, Microsoft and The Coalition are doing everything they can to promote the upcoming sci-fi shooter sequel...

Video Game Releases to Look Out for in June 2020
News
May 29, 2020
June is the start of the summer dry season, however, there are some interesting titles coming this month. Plus, despite E3 being canceled, there are going to...

Review: Resolutiion is a visually charged dystopian...
Reviews
May 29, 2020
Platforms: Switch (reviewed), PC Futuristic dystopian tales are often known for their poignant stories and action-packed adventures. These stories are...
REVIEW

Review: Maneater is 10 percent apex predator, 90 percent...
Reviews
May 28, 2020
Maneater is a brilliant idea. It’s Jaws the open world RPG if you played as Jaws . Well, it’s that but if it were made by the guys behind Sharknado . It’s fun...