Gaming on the NVIDIA 2070 Super GPU: RTX Minecraft and Borderlands 3

A few months ago, the phrase “ray tracing” alone was enough to start some sort of heated discussion on social media, and it was the primary topic on many PC gamers’ minds at E3 when Nvidia and AMD opened their mouths to say... pretty much anything.

It’s the Next Big Thing™ in game development, after all, and while we could spend hours explaining what exactly ray tracing is and why it’s more about subtle realism than flashy new graphics, chances are, you’ve probably heard all of that already.

And if you haven’t, don’t worry, we’ve already covered it.

The PC gaming industry is still very much in a preparation phase for real-time ray tracing technology. Only a few games out there even feature it (Control, Call of Duty: Modern Warfare, Metro Exodus: The Two Colonels), and only one of the two graphics card manufacturing giants includes the tech in its GPUs. Nvidia is the manufacturer that decided to take the gamble first and include dedicated ray tracing cores. And while AMD is still in the “wait and see” phase, a recent announcement from Sony confirmed that the integrated AMD graphics in the PlayStation 5 will have “ray tracing acceleration,” which means that AMD’s PC hardware might be next in line. In other words, everyone’s getting on board, including us.

Last month, we took one of our older gaming builds and upgraded it with EVGA’s Nvidia RTX 2080 Super Hybrid GPU to try out real-time ray tracing ourselves. We played Control, a very impressive game with even more impressive graphics capabilities, and it looked phenomenal. This time, though, we decided to build a brand new gaming PC for ray tracing.

The Build: AMD Ryzen 7 and Nvidia RTX 2070 SUPER (with a whole lot of Corsair)

The PC gaming hardware debate seems to always fall on one of two sides. You either go AMD or you go Intel/Nvidia. We chose to do a hybrid build, because… well, because we wanted to. They all make great hardware, and sometimes it’s worth mixing them up. For our CPU, we went with one of AMD’s new 3rd-gen chips, the Ryzen 7 3700X. For graphics, we plugged in a shiny new RTX 2070 SUPER Hybrid, and that’s what enabled us to use those real-time ray tracing features.

Those are the juiciest bits. Everything else was pretty much just Corsair’s hardware lineup. And by “pretty much,” we mean it was all Corsair. We have a lot of Corsair stuff in the studio. If it ain’t broke, and all that.

The final result was one beautiful build with a ton of rainbow-vomiting RGB. The only complaint I have, in hindsight, is that trying to fit the liquid cooling radiator from the 2070 and the double-radiator from the H100i into a standard mid-size case like this was a mega pain. After some cable management ninjutsu (and a lot of zip ties), it looks good, but there are more bulky radiator hoses flying around than I’m totally comfortable with. Just another reason to hook up some custom tubing, if you know how to do that.

The Games: Minecraft and Borderlands 3 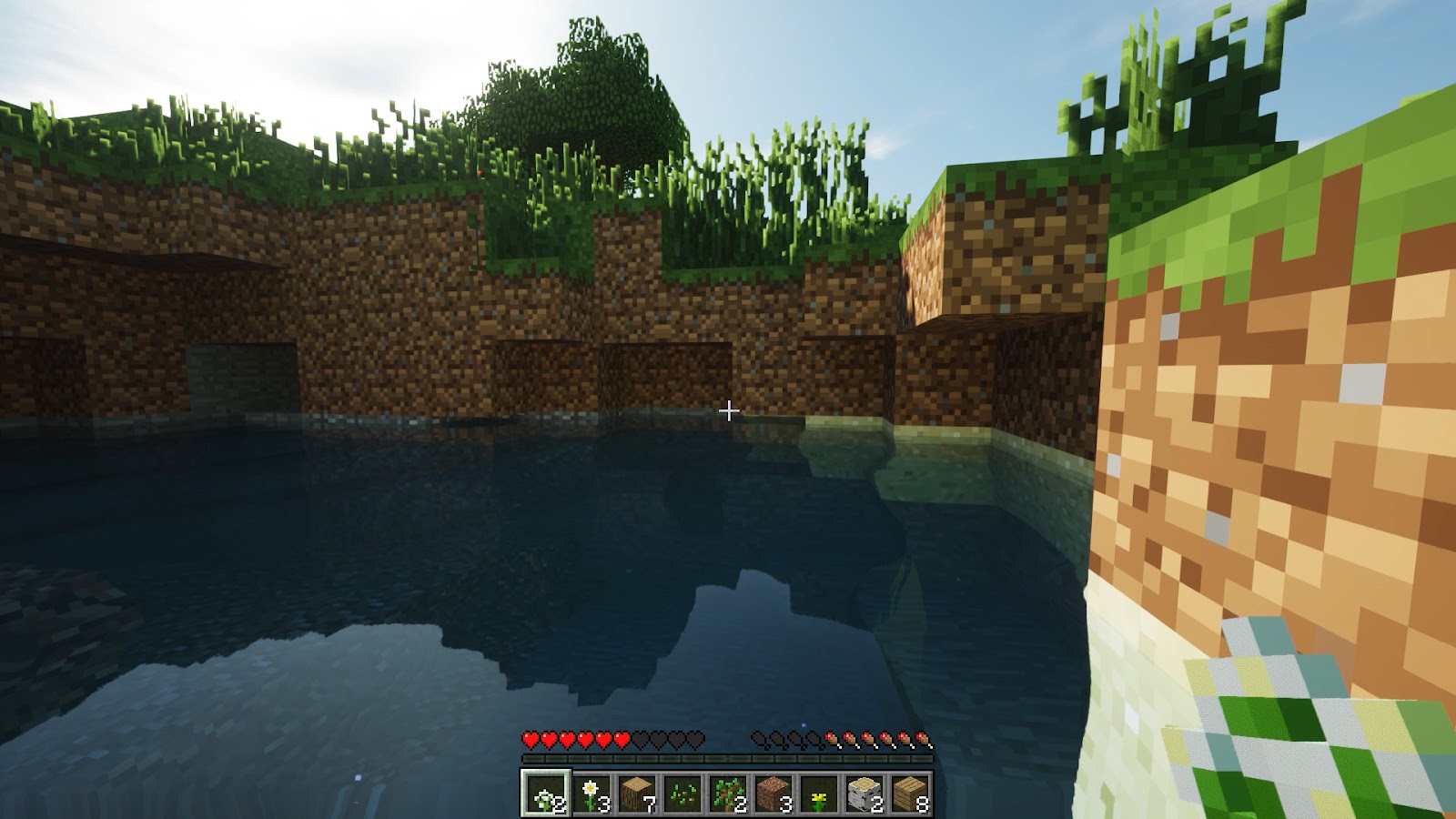 The game we chose to play first, we chose with the sole purpose of trying out ray tracing: Minecraft.

Before we dig in, we need to make something clear. First, the “real-time ray tracing” we mention in this article (and in our video) is not RTX technology, which is Nvidia’s official ray tracing tech. This is the definition of unofficial. It’s so unofficial that it’s not technically real ray tracing, it’s a simulated version called path tracing that utilizes and creates almost identical effects. In other words, it’s not Nvidia’s baby, but as Nvidia is releasing an official version of real-time ray traced Minecraft some time in the future, this is the best you’re going to get until then.

So, in order to get all the cool effects of ray tracing, we had to do it our way. And by “our way,” we mean a slightly convoluted shader pack involving more than one mod and a non-standard build of the game itself. If you want to know how to set up Minecraft like us before it’s official RTX release, you can use the guide we wrote on the process.

Warning: You’ll need time and at least $10 to get it done. 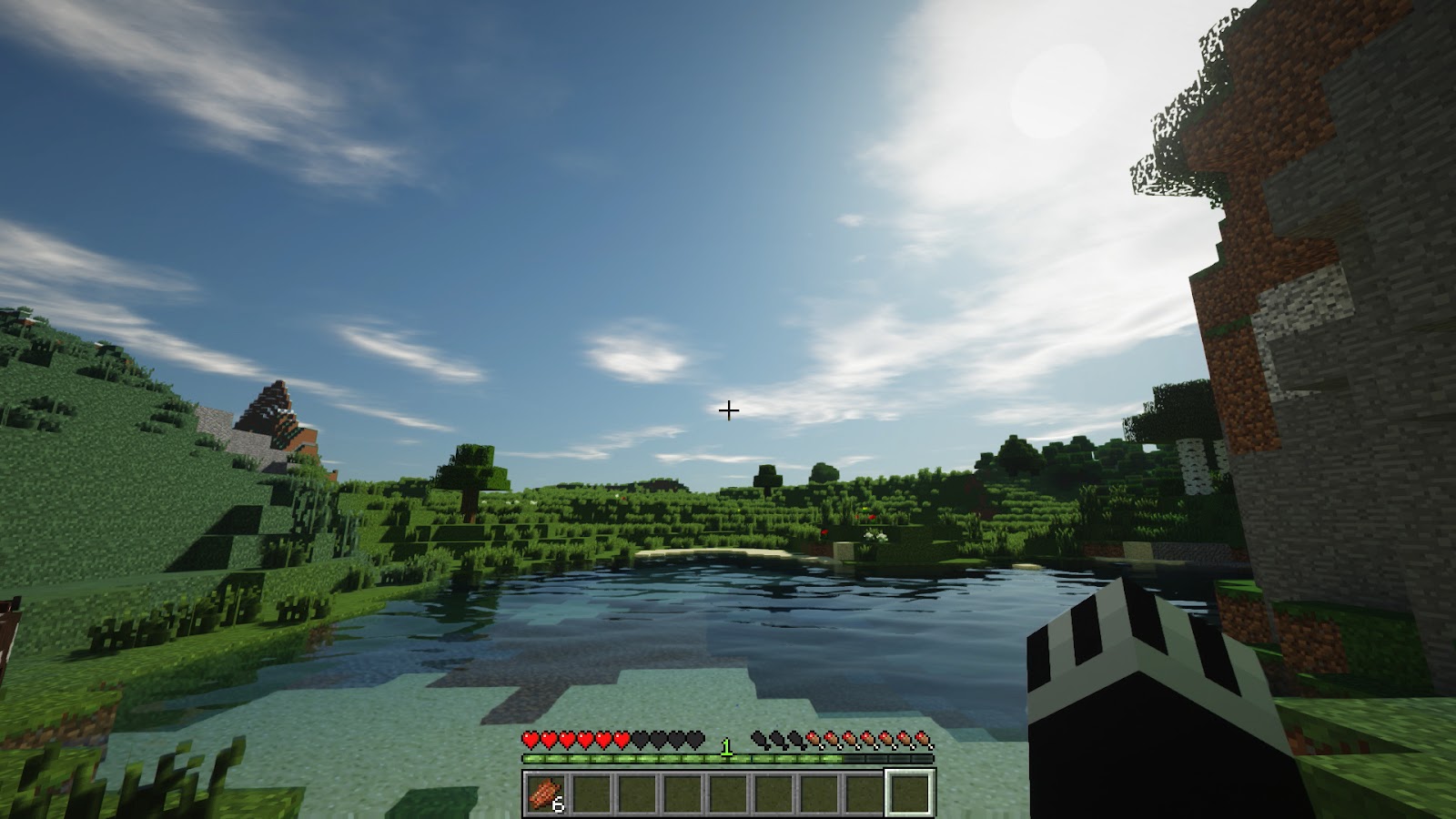 Minecraft isn’t the most graphically impressive game by any means, but with this shader pack and real-time ray tracing enabled, it immediately blew me away. The traced light reflecting through the water and vibrant shadows popped out at me, in particular. It just goes to show that even an older game with a gimmick like blocky graphics can impress anyone with something as simple and straightforward as a lighting update.

After Minecraft, we wanted to try another game, but this time without ray tracing or anything like it, just to show off the system’s graphical capabilities in a newer game. As the purpose of the build was ray tracing, we won’t focus too long on this, but it was still fun to mess around with. 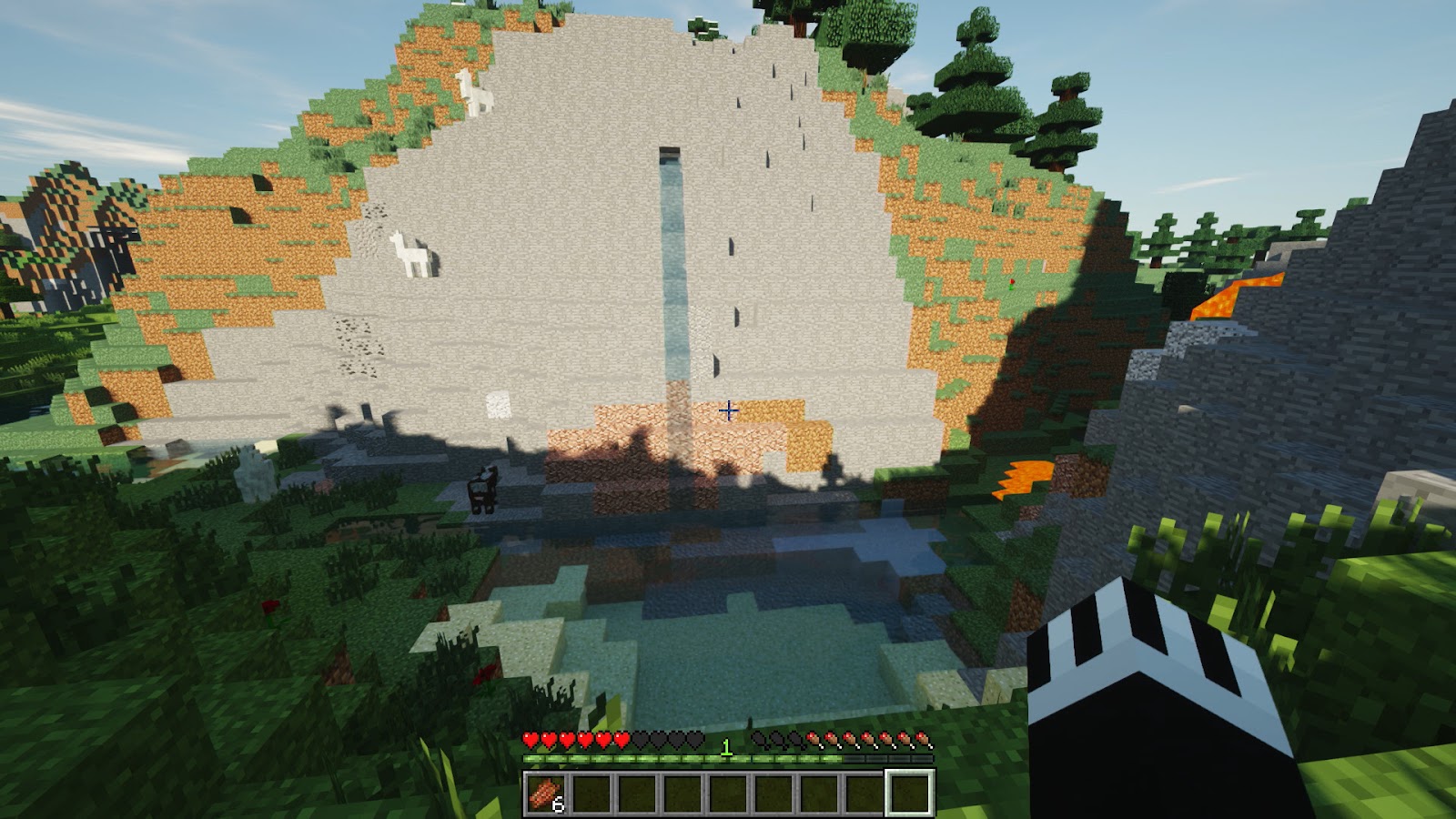 We tried out Borderlands 3, which just came out recently, and cranked all the graphics settings up to Ultra. With a 1080p monitor set at 240Hz, we averaged around 105-115 fps while standing still. And in bigger, more action-packed fights, it dropped to around 80-90. I was a little worried about choosing Borderlands 3 to test, because it’s experienced its fair share of hardware performance issues since launching, but this build still handled it like a champ.

Fortunately, even when the screen got particularly loud with elemental effects flying from every other gun, bad guys melting in acid, and signature Borderlands explosions (which are like regular explosions, but with even more explosions), the computer held its cool. Frames never dipped below 80, which, honestly, I didn’t expect. My 1080 Ti at home can’t say the same, unfortunately for me.

If you’re curious what we hit in Minecraft, just keep in mind that it’s Minecraft. Even with all the ray tracing bells and whistles turned on, frames-per-second barely ever dropped below 200. Those numbers fluctuated when we moved shader qualities up and down, but we only ever found one precise settings profile that worked for us, so we couldn’t do that often.

If you’re curious as to what’s coming for the future of ray tracing, buckle up. It’s growing increasingly popular among major game studios, and with the PlayStation 5 including support for it right out the gate, it very well may become the golden standard for PC and console gaming alike. Big upcoming games that include real-time ray tracing are Call of Duty: Modern Warfare, Cyberpunk 2077, Watch Dogs Legion, Vampire: The Masquerade Bloodlines 2, and more.

Videos
May 08, 2020
NVIDIA's real-time ray tracing effects are revolutionizing PC gaming, and the indie adventure Deliver Us the Moon is the latest game to get the...

News
Apr 14, 2020
After close to a year of talking about it and players finding their own way to do it , Minecraft with RTX is coming this week. Nvidia announced on...

We want you to write for us!
News
Jul 13, 2020
GameCrate is looking for a few good freelance writers! If you're a talented writer who knows about computer hardware and/or gaming and you want to contribute...