Middle-earth: Shadow of War is the follow-up to the succesful Shadow of Mordor, and adds new strategic conquest gameplay and bigger, badder enemies to the mix. A new video showing off 16 minutes of fortress assault gameplay dropped today, and you can read our take on why the sequel looks to be a big step up from the original.

At GDC 2017 I had a chance to speak to Philip Straub, Director of Art for both Shadow of Mordor and Shadow of War. We discussed his approach to making a follow-up to the first game's success, the role of historical realism in a fantasy game, and how he approached visualizing Middle-earth locations that have never been seen in a movie or game before.

What's new in Shadow of War?

Philip Straub: "I don't really think the art direction style has changed. I think the thing that is exciting to talk about is our ability now as we go deeper into this generation of hardware to execute on some of visuals and concepts that I was trying to communicate out with the first game.

"As an example: we have a more diverse world, we have a bigger world, we have greater amounts of biomes, different geography and geology. We've expanded the pallette, not just the color pallette but in terms of different locations. A very exciting thing for us to do was the city of Minas Ithil, a massive city that's under siege. So all the cool things that go into making a medieval city and figuring out the cultures and all the elements that make a city real, and have a good world story, we got to explore that."

Straub: "It's always been about creating something that feels like a historic piece but that has that level of fantasy. We've always tried to be authentic. With the new technology we have the rendering side of our engine was re-written, it's a full physically based render now. So that's upped the level of realism we can get with the materials and lighting.

"I call it a heightened sense of realism, or cinematic realism. We take reality and we skew it. We never show things at 'high noon,' because it's not as interesting. We're always trying to show dramatic shadows and dramatic lighting. Because it is Middle-earth, and a good portion of the game is still in Mordor, so we want to create that emotion."

Straub: "It is very exciting. Some folks will say 'Oh, people have already seen everything.' Absolutely not. A lot of stuff from Tolkien has never been visualized.

"So, what do we do? We look at what's been done before us. There's a lot of good material out there, even going back to some of the illustrators like John Howe and Alan Lee and Ted Nasmith and the Hildebrants. These illustrators from the 70s started to visualize these places.

"And of course we're inspired by the films. We're inspired by pop culture. But the core of where the inspiration comes is a few different places. It is a game set in a medieval world, essentially, so there's a lot of research that's done in terms of understanding costume design, even down to the kind of threading that was used at the time, the kind of pigments that were available, and how different armors were forged.

"We draw from some of the established cultures. For example, the Marauder tribe in the presentation. Ragdug, at the end, he's kind of got more of that gold armor on him at the end. The notion there was, well, an orc couldn't make that. That's true, except...they're pirates and pillagers. They've stolen a lot of that stuff from the Easterlings."

Straub: "With the expansion of the Nemesis system into the fortresses and tribes, we pushed on the notion of what an orc can look like. I'm sure you noted in the presentation that there's more diversity in the costumes and what they look like, and that's really fed well into the tribes. And also with the introduction of the Olog-hai, those guys are really fun, trying to figure out how to make them a leveled-up enemy from the orcs but still be relatable.

"In terms of the world, we do a lot of on-location shoots. Living in the Pacific Northwest, the eastern side of Washington was a volcanic area, so we actually go and do photoshoots. We've done shoots in Alaska. We try to bring the real world to life but accentuate it and enhance it for the desired emotion we're trying to convey, whether it be in gameplay or a cinematic.

"Because all we're trying to do is immerse people in the story and the experience. And my job is to use all the art tools that I have to make people feel stuff."

Middle-earth: Shadow of War is scheduled for release on August 22. Check out the extended gameplay video below to see some of what Straub talked about in action.

Platform: XBOX ONE
Middle-Earth: Shadow Of War Xbox One 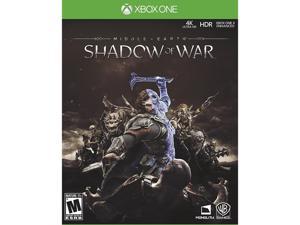 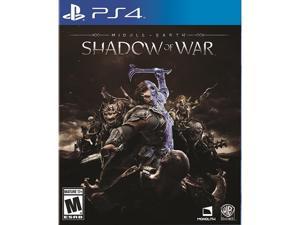 Middle-Earth: Shadow Of War Xbox One

News
Aug 02, 2018
Now that all of Middle-earth: Shadow of War’s post-launch DLC is available, it was only a matter of time before the game got a definitive re-release...

News
Jul 23, 2018
With the launch of its most recent update , now is one of the best times ever to experience Monolith Productions’ thrilling fantasy sequel Middle-...

Middle-earth: Shadow of War new patch is a good reason to walk into Mordor

News
Jul 18, 2018
Middle-earth: Shadow of War rolled out a massive patch this week that along with a host of quality of life improvements, removes the in-game store...