NetherRealm is trucking right along with its continued support of Injustice 2, and if this week’s release of DLC character Sub-Zero has inspired you to pick up the fighting game sequel yourself, you might be wondering which characters are best to use if you’re not exactly a fighting game pro.

Fortunately for you, we’ve got a handy list of five different fighters who are very newbie-friendly. Ideally you’ll want to eventually test out the entirety of Injustice 2’s roster and see which characters appeal to you from both an aesthetic and technical perspective, but the below five characters should give you a good place to start.

If you hop straight into Injustice 2’s chapter-based story mode, you might end up becoming highly proficient with Batman without even realizing it since he has a fairly large playable role throughout the story campaign in addition to being an all-around easy character to get comfortable with.

Even if you don’t go for the story mode, Batman is still an excellent starter pick since his combos are easy to learn, he has a good balance of close-range and long-range special moves, and his mix-ups are varied enough that he can keep even the most skilled of opponents guessing. If you’re looking for a balanced, straightforward, easy-to-grasp starter character, you can’t really go wrong with the Caped Crusader himself.

Similar to Batman, Catwoman is a solid pick if you’re looking for a more balanced fighting style since she comes equipped with some insane close-range attack strings but she can also keep up the pressure at range using her whip and lunge-based attacks.

Catwoman is an excellent starter choice if you enjoy keeping constant pressure on your enemies with quick combos (plus she has a free guaranteed combo if a full charge of her Cat Scratches character trait connects), but she’s also heavily reliant on positioning so make sure you practice a lot and learn the optimal attack ranges for her different moves and combos.

Aside from an unlockable Ability move, The Flash sadly doesn’t have any projectiles to speak of, but his mastery of speed means that, if played right, he definitely doesn’t need any. Flash is all about staying in close and clobbering his opponent with mix-ups and combos, making him a good choice if you want to just focus on the close combat game and not worry about backing off to throw projectiles.

Best of all, Flash’s combo strings are fairly easy to learn, and when combined with his character trait of being able to slow down time, they can really make your opponent wish they hadn’t tried to punch it out with the fastest man alive.

Like Batman, Supergirl is another excellent “all around” character who can both hold her own in-close with combos and also attack her opponent from afar using the laser-eye blasts from her character trait.

Supergirl also has an incredibly sneaky off-screen teleport punch (you’ll recognize it if you play as Scorpion in Mortal Kombat) that can frustrate the hell out of flat-footed players, just try not to rely on it too much since it’s easy to punish Supergirl with a counter-attack if the teleport punch is blocked. Overall, though, if you can master Supergirl’s combos and mix-ups, your opponent will helplessly try in vain to play defense while you clobber them into a KO.

Even if you’re not intimately familiar with Injustice 2, you’ve probably heard about Deadshot’s infamous zoning (i.e. keeping an opponent at bay with ranged attacks) capabilities. While Deadshot is no longer the highly feared contender he was back when Injustice 2 first launched, it is indeed true that his zoning abilities are nothing to scoff at.

Deadshot can comfortably keep most opponents at bay with his wrist cannons and assault rifle, and his close-range combos are surprisingly effective as well, making him a strong choice if you want to practice your zoning skills while also keeping your opponent on their toes when the fight moves in to striking distance.

All of the above characters are good choices if you’re just starting to dip your toes into the Injustice 2 waters, but they’re not the only ones. As I mentioned before, the most important aspect of enjoying your time with NetherRealm’s DC fighting game sequel is finding a character you click with both aesthetically and gameplay-wise.

If none of the above characters feel quite right to you, there are plenty more to choose from so don’t be afraid to “shop around” so to speak until you find the DC brawler you really jive with. 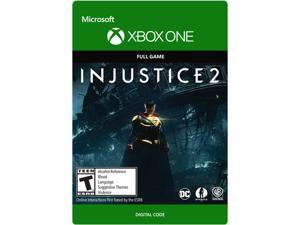 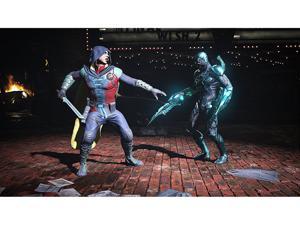 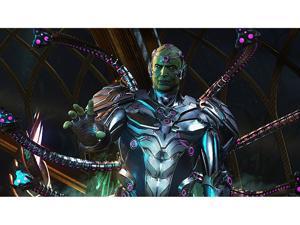