Dragon Ball Z: Kakarot: How to get more damage, spend money, and other tips for aspiring Super Saiyans

Dragon Ball Z: Kakarot might seem like your standard DBZ mashfest, but there’s a lot to it. From battle strategy to RPG mechanics, there’s a lot of systems to dive into, and it can be overwhelming. Don’t worry though, just focus on these tips and tricks and you’ll find yourself defatting Buu in no time.

Never finish your combos if you are going for damage

Want to cheese your way through fights? Don’t finish your combos. End them right before the last hit. Most enemies in the game will remain in stun long enough for you to start another combo immediately afterward. This allows you to effectively infinitely combo an opponent until they get mad and burst or break the rules to do a cinematic attack. Utilizing this simple strategy can let you easily take down enemies several levels higher than your own.

Finish your combos if you are going for Ki

There is almost no reason to finish combos if you are going for damage. If you are running low on Ki, on the other hand, feel free to finish your combo with a knockback. The stun on a knockback is so long that you can easily charge most of your Ki meter without fear of retaliation.

Remember, nothing cancels naturally in this game. However, stun is very high on most attacks allowing you to link them together. Some of the simplest links are your final knockback hit of a melee combo into a beam super.

Unless you are surged, then you can cancel

If your surge bar is full, hold triangle and overcharge your Ki and you’ll enter an awakened state that gives you some super armor and allows you to cancel your attacks one into another. The key here is timing. If you land one attack, like a beam, you can basically cancel it into itself again and again so long as you have the Ki. Just make sure to start the next beam after the last damaging hit of the final beam happens. Don’t let your character go into their wind-down animation. If you do, you’ve waited too long.

Your super dash is an attack

By clicking the left stick in, you’ll rush at your opponent. Remember, this is actually an attack. You’ll want to stop before you hit your opponent to start attacking, but that’s a bad reflex. Just dash right into him whenever you see an opening. This will cause your opponent to enter a small stagger state after which you can follow up with whatever damaging combo you like.

You can super dash to instantly defeat enemies

On the map, there are lots of random encounters strewn about. You can fight these to get XP and Z Orbs. Or, if you are powerful enough, you can take the Earthbound route and insta-win. Just super dash through these opponents once you are at a high enough level to one hit K.O. them while still getting all the XP and Z Orbs.

Remember where your stun, guard break, and most damaging special move are

Most characters have a move that stuns, a move that breaks guards, and a move that deals a lot of damage (usually a beam). These are your three most important attacks.

First let’s start with the guard break. Guard breaks bypass guards and some moves with super armor or guard points. If you see an enemy defending, this is your only option. Stop attacking and throw this out to start dealing damage.

Second, you have your stun. Stuns force enemies to stay in place without moving or guarding for a short period of time. Beams and other major damage moves are pretty much useless when used raw. The enemy can easily side-step them. However, after a stun they will almost always hit for full damage, allowing you to melt away their HP.

Which brings us to your damaging special move. This is going to change a lot through the game. Some enemies are resistant to Ki while others are resistant to physical attacks. Sometimes you’ll have access to multiple beams, some of which are easier to hit than others. Sometimes you’ll have access to physical combos that end in special stun states which beams can link to. Either way, fool around with this to see what nets you the most damage.

Once you have all these down, there’s an easy pattern to most fights. If your opponent is blocking, guard break to get him open. If your opponent is open, use an infinite combo for a while followed by a stun. Then, from the stun state, use your most damaging special move, which will return you both to neutral.

It’s hard to tell when the correct time is to break your infinite and stun your opponent. Just count how many reps you get before your opponent starts bursting and you’ll eventually be able to feel it out.

Watch how your opponent reacts to your attacks

If they are glowing a brighter red, that means they are charging Ki. It’s a good time for a stun, but combos are risky (since computer controlled opponents can kind of just break the rules and retaliate.)

If they aren’t glowing at all (or are only glowing with power-up auras like a Super Saiyan aura) then they are just open, go in and do your best.

If they are in the middle of an attack, like a beam, dodge the beam and fire back. While you might think this would be a good opportunity for a stun, beam hit-boxes are surprisingly big and attacking from melee range creates a real possibility that you’ll just get sucked up into them.

Finally, if your blows land with dull thuds and you see bright blue shockwaves, this means they are guarding EVEN IF THEY DON’T LOOK LIKE THEY ARE GUARDING! This is when you should use your guard breaking moves.

Transform at the beginning of every fight

Dragon Ball Z likes to make you think that your transformations are a double edged sword…. They aren’t. Aside from the Kaio-Ken technique, all transformations do is drain your Ki, and Ki is very easy to replenish. Meanwhile, advanced transformations can double your damage output or more. There’s no reason not to transform into your most powerful form right at the beginning of a match.

Krillin is broken. Yes, you heard me. Krillin is probably the most powerful character in this game, so always have him on your team. Why? Two words: Solar Flare. Solar Flare is a guard break AND a stun combined! Not only that, but it can hit enemies out of attacks and animations that otherwise can’t be interrupted. It doesn’t do any damage and costs a decent amount of Ki, but who cares! As an assist, you don’t even have to worry about his Ki, just a recharge time which isn’t all that long to begin with. Put Krillin in an assist slot and blind everyone and everything. Then just lay on the damage.

Most of these tips have been battle oriented, and that’s because there isn’t much to exploration. Just do it and you’ll reap the benefits. Collect Z Orbs, food, parts, and so on and you’ll find yourself getting powerful very quickly. Just note, that even a small bit of time clearing maps will severely reduce the difficulty of the game. If you want to play on “hard mode” just go directly from story mission to story mission.

Spend your money on recovery items

Nothing is more broken than recovery items. Most fights are built so that you and your opponent go toe to toe, with you eking out a victory at the last minute. Recovery items, on the other hand, will restore your health to full for a measly few Zeni. They are basically an instant win button unless you are mindlessly mashing. There is no reason to spend money on anything other than this.

Most of the game’s systems are optional

Finally, here is the key tip that I think will help you the most. Don’t get overwhelmed when the game bombards you with systems. You may want to maximize the use of your community boards, cooking, gifts, super grids, and much more. The thing is you can really play the entire game without interacting with any of these systems. Yes, the whole game. It might be a bit hard, but it’s certainly beatable without interacting with any of the extra systems whatsoever. Don’t try to be a completionist here. Just sit back, and enjoy the ride. 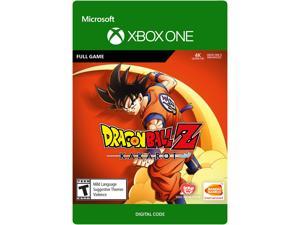