As we noted in our recent impressions piece, The Division 2’s Warlords of New York expansion drastically alters several of the game’s core systems, particularly when it comes to endgame progression and rewards. However, the expansion’s accompanying Title Update 8 also changes how gear attributes and recalibration work for all players, not just those who bought Warlords of New York. These changes, which Ubisoft Massive has dubbed as ‘Gear 2.0,’ are meant to benefit all players regardless of whether they bought the expansion or not.

In this guide, we’ll explain what these gear attribute and recalibration changes are, how you can start utilizing them, and how you can apply them to create some fun character builds for a litany of different situations and gameplay styles.

Regardless of whether a player purchases Warlords of New York or not, they’ll notice all of their existing gear and weaponry has been converted over to the new Gear 2.0 system. Every piece of gear (holsters, backpacks, gloves, etc.) now has one of three different ‘Core Attributes’ attached to it: Weapon Damage (boosts damage output of all equipped weapons), Armor (boosts total armor), or Skill Tier (raises the total tier level and thus effectiveness of equipped skills). In addition to a core attribute, each gear piece also rolls with 1-3 bonus attributes which are randomly pulled from the following list:

As for weapons, they each have two Core Attributes by default, a damage bonus for their associated weapon class (shotgun, SMG, marksman rifle, etc.) and a bonus to their class-specific weapon trait (rate of fire for assault rifles, crit chance for SMG’s, etc.). If a weapon is high-end (yellow loot rarity), it will also have a third attribute, one which might not normally roll on that particular weapon class.

Finally, there’s the issue of talents. With the debut of Gear 2.0, talents can only be found on high-end or superior (purple) quality backpacks, chest pieces, and weapons. A full list of gear and weapon talents can be found via the official patch notes for Title Update 8.

Since gear score is gone, players no longer have to worry about finding new gear that’s obsolete for their current level. During the climb from the old level cap of 30 to the new cap of 40, Warlords of New York players will always find gear at their level, but even after they’ve out-leveled a gear piece they shouldn’t immediately dismantle or sell it, especially if it has an attribute or talent they like.

For attribute bonuses, there’s a maximum bonus value that can be unlocked, and if a player loots a gear piece with a higher attribute bonus than what’s in their recalibration library, the recalibration station UI will inform them. In some cases, a gear piece can drop with a maxed out attribute bonus (a ‘God Roll’ to use the popular parlance). A player will know if they’ve received a God Roll item because it will have an orange icon in its item portrait and its associated maxed out attribute gauge will also be orange.

Thanks to the more streamlined Gear 2.0 system and recalibration library, The Division 2 players of all stripes can more easily focus on the character builds and playstyles that they enjoy the most. Whether they prefer to tackle missions solo, roll with a group on higher difficulties, or just explore the open world for events and bounties, there are builds and loadouts to compliment every type of player.

For example, if you enjoy being your group’s proverbial “tank,” you can spec your gear pieces with attribute bonuses like Armor, Health, Explosive Resistance, Armor Regeneration, and Hazard Protection. Equip the Shield skill along with your favorite shotgun and pistol and then go to town. On the opposite end of that spectrum, you can also go the proverbial “glass cannon” route and focus purely on DPS, prioritizing Weapon Damage for your Core Attribute and utilizing secondary attributes like Headshot Damage, Crit Chance, and Crit Damage.

Being a mostly solo player, I tend to focus on survivability while also ensuring I can handle enemies form different engagement ranges. My preferred skills are the healing chem launcher and revive hive (not terribly exciting I know, but I’d rather be boring and alive instead of flashy and dead). I tend to spec my gear attributes towards Skill Tier and Skill Haste (so that my skills are more powerful and I can use them more often) with just a dash of Armor, Health, Armor Regeneration, and Weapon Damage.

I try to focus on flanking and pressuring my enemies from mid-range so weapons like SMG’s and assault rifles tend to be my go-to mainstays. For my secondary I’ll either go with a rifle to pick off distant stationary targets or, if I anticipate I’ll be indoors a lot, a shotgun for those times when enemies get too close for comfort. I realize it’s not the most optimized or specialized way to play, but it keeps me alive during my solo excursions and still lets me contribute in group-based missions as well by alternating between dealing damage and healing/reviving teammates.

If you’re looking for more character build ideas or you just want to dive headfirst into Gear 2.0 theorycrafting, be sure to visit The Division 2’s official subreddit. The Division 2’s Warlords of New York expansion is available now for PS4, Xbox One, and PC. 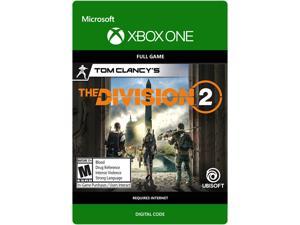 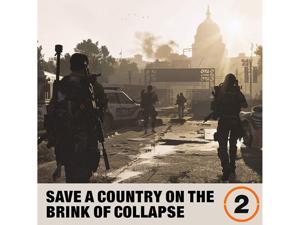 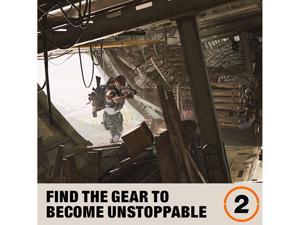 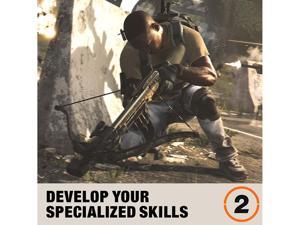 News
Mar 09, 2020
Having played and (for the most part) enjoyed 2016’s The Division, the recently launched Warlords of New York expansion for The Division 2 felt in...

The Division 2 animated short sets the stage for upcoming expansion

Videos
Feb 25, 2020
The Division 2 ’s upcoming expansion, Warlords of New York, is launching next week on March 3. To get fans up to speed and hyped about the release,...