On Saturday, June 6, Destiny 2’s player community gathered across hundreds of separate instances of the game’s Tower social space to watch a piece of Destiny IP history in the making. Destiny developer Bungie had hinted via social media that the culmination of players’ season-long efforts during the Season of the Worthy would be laid bare via a live in-game event. The Almighty, a massive Cabal that had spent the past few months hurtling towards Earth, would finally be dealt with by the powerful AI Rasputin.

A live event did indeed transpire within Destiny 2’s Tower social space, as Bungie had promised. Unfortunately, the mere fact that the event happened is one of the few good things that can be said about it after the fact.

Bungie’s teasing of a live in-game event was undoubtedly exciting, but also not entirely surprising. Destiny 2 creative director Luke Smith has talked before about wanting to make the game’s world feel more like an evolving entity that’s constantly in flux rather than a persistently static space that only ever changes when major new content updates are introduced.

More than anything, though, the June 6 event’s announcement sparked a bit of hopeful optimism amongst the Destiny 2 community. Despite a promising story hook involving the Almighty’s rapid descent towards Earth, the Season of the Worthy’s over-reliance on tediously grinding bounties and Seraph Tower public events left a bad taste in player’s mouths. This bad taste was further compounded by a lackluster Trials of Osiris experience, the looming specter of weapon sunsetting, and a Guardian Games event which, despite its theatrics and pomp, was basically just more of the excessive bounty grinding players were already sick of.

If Bungie could just nail the Almighty in-game event and provide some suitably thrilling closure to an otherwise lackluster season, it would at least get the next season off on the right foot. Unfortunately, Bungie’s first mistake was providing absolutely no context regarding what players should expect. Since no expectations were set, players’ imaginations were free to run wild, and many naturally assumed that the event would be on a similar scale as the awe-inspiring in-game events Epic Games has been slowly doling out in Fortnite over the past few years.

The Almighty event was scheduled to begin at 10 a.m. PST/1 p.m. EST, and a lot of players (including myself) made sure to show up early so we wouldn’t run into issues trying to log in. It wasn’t until much later that we realized our advanced preparation was far from necessary…

There was a palatable sense of anticipation in the air as I wandered around the Tower, eagerly checking my phone and watching the minutes slowly tick down towards 1:00. Players were gathered in small yet dense crowds and looking up at the ominous Almighty looming in the sky. Many were flashing their favorite emotes or just jumping around in excitement.

The players weren’t the only ones reacting to the Almighty’s descent. Many of the Tower’s NPC residents (including familiar faces like Zavala, Lord Shaxx, and Hawthorne) had stopped their usual routines and banter to gaze up at the sky in dread. One NPC was even documenting the massive ship’s plummet by holding up a handheld recording device, proving that even in Destiny 2’s far-flung future viral videos are still very much a thing.

When the clock finally struck 1:00, I braced myself for what was to come next. I couldn’t help but get caught up in all the hype and social media speculation. Would the Almighty’s destruction play out in a sudden real-time surge or would it happen via a climactic cutscene? Would players be able to view the event safely or would they need to run and take cover from falling debris? Just how ruined would the Tower be in the wake of such a massively cataclysmic event?

Then 1:00 became 1:05, then 1:10, 1:15, 1:20….and nothing was really happening. The Almighty was still looming up in the sky. Like thousands of other Destiny 2 players, I went and consulted Bungie’s official social media channels but found no information other than the original vague promise that “something” would happen at 1:00. Fans started cheekily suggesting that someone at Bungie had clearly forgotten to flip a switch, or that Rasputin’s network had been hit with a Beaver error code.

At around the 1:30 mark, some curving red streams of light started slowly appearing near the Almighty, denoting missiles that Rasputin had fired at the large ship. The mystery of how exactly the event would unfold had finally been uncovered. I realized with a growing sense of disappointment that my previous assumptions of an event that would kick off with a flash and conclude in a matter of minutes (much like the Fortnite events I had attended) were grossly inaccurate.

It wasn’t until around 1:50, nearly an hour after the event’s purported kick-off time, that the red streaking missiles started making contact with the Almighty, giving off small twinkling flashes of light. Social media continued to flow with an equal mixture of jeers from jaded fans and angry spectators who bemoaned Bungie’s lack of warning that the event would take so long to unfold. The actual moment that fans had been anticipating, i.e. the crashing of the Almighty into the mountains behind the Tower, didn’t occur into roughly 2:30 p.m. EST, a full 90 minutes after the event’s start time.

The Almighty’s final plummet was admittedly quite a spectacle, but it was also very brief and resulted in little else other than a medium-sized chunk being torn out of the Tower near where Zavala stood. Players could (and as of this writing still can) inspect that new crater to earn themselves a unique profile emblem, but many were too angry and/or disappointed to even realize a reward for the event’s culmination was even being offered.

In short, what players expected to be a final climactic bang ended up being more of a needlessly long and drawn-out whimper.

Even after the Almighty event ended, fan anger continued to flow freely, especially once a few choice details came to light. Reports started coming out that the stretch of time between 1:00 and 1:30 was apparently meant to be a sort of “grace period” to give players time to log in and head to the Tower, hence why nothing happened promptly at 1:00.

In most cases, it would be easy to dismiss the anger fans expressed as overblown or unnecessary, and in some cases it certainly was. There is never a justifiable cause to display open hostility and toxicity towards people or development studios, but in this particular case, Bungie really didn’t do itself any favors.

I understand that Bungie likely wanted to build up an air of mystery and anticipation surrounding the Almighty event (and it certainly succeeded in that regard), but as it has been wont to do in the past, the studio drastically over-corrected. By staying silent and leaving fan expectations entirely unchecked, Bungie once again proved that it knows how to draw players in, but still needs to learn the finer points of proper follow-through.

I doubt anyone would have minded if Bungie had punctured the air of mystery just a tiny bit by providing a few advanced details like the 1:00-1:30 grace period or how the event would be drawn out over the course of 90 minutes. My pessimistic side suspects that all the talk of grace periods was a way to cover up some technical snafus on Bungie’s end, but even if that was the case a quick update along the lines of “we’re encountering some technical difficulties with the event, please stand by” would have been much better than the radio silence we got.

To be clear, I’m still a Destiny 2 believer, for good or ill. I honestly believe Bungie has players’ best interests at heart (though the studios have certainly tested that belief on numerous occasions) and that last weekend’s event was held in good faith as an opportunity to rally the community around a single world-changing moment. As usual, Bungie later said it’s listening to feedback regarding the event, and I sincerely hope that’s a true statement. The Almighty event was a noticeable misstep in Bungie’s continuous journey to refine and alter Destiny 2’s structure, but hopefully, that means the next such event will be better.

On the eve of Destiny 2’s next major content season, fan expectations have been driven low, and Bungie has once again been forced to reckon with design decisions that seem okay in theory but which clearly don’t work in practice. Live in-game events are certainly something I’d like to see more of in Destiny 2 going forward, but Bungie’s process for designing, implementing, and, most importantly, marketing such events clearly needs to be reevaluated in the meantime. 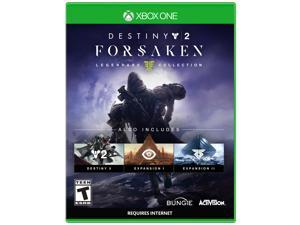 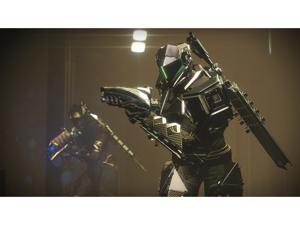 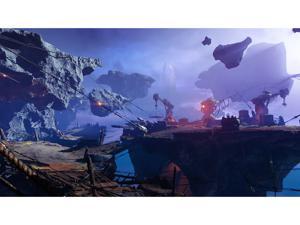