The controversies around The Last of Us Part II are overblown

There have been a lot of hot takes on The Last of Us II and I mean a lot. There are so many people calling it a crap game, and yet it’s the best-selling Sony exclusive of all time. What’s the deal?

A lot of the controversy is reactionary, as is most controversy. You probably have your own thoughts on the game already, but if you haven’t yet played and you want a run-down of what everyone is mad about and why it’s mostly overblown, keep on reading.

Full spoilers for The Last of Us II ahead.

Claim 1: "The Last of Us II does not portray Joel’s character accurately"

To really dissect this, you have to ask “what is Joel’s character?” Many of the people who make this complaint portray Joel as some kind of super soldier who is able to take out millions of infected and heavily armed bandits without getting a scratch on him, and if you played only The Last of Us I it would seem that way.

But The Last of Us II portrays this in a different light. Because we see Ellie, Abby, Lev, Jesse, Dina, and practically every other character of worth doing the same things Joel did in The Last of Us I. That suggets something different. It’s not that Joel was a particularly strong or skilled character. It’s that regular people get pushed to do amazing and horrible things in dire situations.

Many say that Joel and Tommy would have just left Abby to die when they first ran into her, but would they? Both of them were characterized in The Last of Us I as people who greatly care about human life, specifically human life that is in danger. While, yes, Joel went on a murdering spree across America, every single one of those people that he killed were hostile to him first - even the surgeon at the end was threatening Joel with a scalpel. Even the Fireflies that were escorting him out of the medical facility in the very final scene of the game bullied him around and treated him as a lesser being, the same type of behavior that got Sarah shot at the very beginning of the game.

Abby wasn’t like that. Abby didn’t shoot at Joel first. Instead, she was about to die to a zombie horde, a zombie horde which may also have threatened Jackson. Remember that in the first game we only saw how Joel responded to threats, and at the time Abby wasn’t a threat. Presumably, Jackson became so big because they let straggler groups like Abby’s in.

Even after they rendezvous with the group, it’s not Joel who drops their names. Tommy does. If you want to argue that Joel is the hardcore survivor type, Tommy has never been characterized that way. He was in the Fireflies at one point, but he has spent most of his time in Jackson, with little reason to be wary of his fellow man, and a whole community ready to look out for him. It is entirely believable that Tommy would act the way he acted, especially if it is his responsibility to bring cooperative survivors back to Jackson.

In short, Joel acted EXACTLY like we expected him to act. The only thing that’s different is that he, well, died. But you only get to die once, so it’s really hard to argue whether or not dying is in character. The only way you can argue that it’s not in character is if you expected Joel to be the main character, because main characters usually don’t die until the end… but about that…

Claim 2: "The Last of Us II did not give us a story we deserve I.E. a story about Joel"

Let’s take this a step further. What story was there left to tell for Joel? Joel made his decision in The Last of Us I. Joel was traumatized by the loss of Sarah, and Ellie eventually took her place. He had a chance to treat Ellie like her own person, but he didn’t. He made a decision for her. He decided to save her life when Ellie was willing to die to save humanity. He didn’t respect Ellie as Ellie. He respected her as a stand-in. In fact, Joel was originally supposed to be mumbling “Sarah?” in his death scene until Troy Baker felt that it had more impact if he said nothing. Ellie’s identity as a Sarah stand-in, even so many years later, is by design.

Joel even went out of his way to take care of all loose ends (that he knew of) at the end of The Last of Us I. His goal was to stop everything and give Ellie a life in Jackson. That was his goal. His goal was achieved. Yes, a bunch of invaders could have sacked Jackson and displaced Joel and Ellie from their homes, but is that the kind of story that The Last of Us is known for? It wouldn’t be personal.

Besides, it was clear at the end of The Last of Us that the focus of the story was switching to Ellie. Look at Left Behind. It’s a DLC that has you controlling Ellie the whole time. Why? Well, once again Joel’s story was over, but Ellie’s was just beginning. Ellie demonstrated in this DLC that she had learned from Joel how to handle hostiles. Kill them all and don’t leave any behind. Do anything to protect the one person who is precious to you. In this DLC she is protecting Joel, but Joel was still alive.

On a more abstract level, Joel taught Ellie that you kill for someone you care for. Whether they are dead or alive you kill for them. Remember, Joel started out on his journey in The Last of Us I due to Tess being bitten, infected, and killed. At any point he could have stopped, but he cared enough for Tess to go halfway across the country with Ellie. Then, halfway through the game, he realized he cared enough about Ellie to finish the job. However, in a very practical sense, Joel was first killing for his dead friend, and then killing for his live one.

While The Last of Us II could put Joel through those paces again, it wouldn’t be doing anything new. However, seeing the fallout of Joel’s actions is something that we haven’t fully explored yet. In a real way, this IS a story about Joel. It just doesn’t star Joel.

Claim 3: "The Last of Us II shamed us for taking violent action but gave us no other choice"

Imagine that The Last of Us II is a movie. Would you say that it was shaming you for watching it? Or what if it were a book? Would it be shaming you for reading it? It’s possible that a game can make you feel bad about a violent action, without making you feel morally bad.

You did not have a choice in the matter because this was not your story. You were never asked “kill this guy or not.” You were never given the chance not to kill the dog. All of these were Ellie’s choices. You were just along for the ride. In this respect, The Last of Us Part II has more in common with traditional JRPGs than you’d think.

So then why does the game make you do anything at all? Well, because player action in games like this serves the same function as punctuation in a book. When Ellie stands in front of a foe and hesitates before killing them, with a button prompt in the air, that’s the character hesitating. The player hesitates because they need time to hit the button prompt, and this makes it feel as if Ellie takes a minute, hesitating as well. Our reaction time translates to Ellie’s emotional pain.

In fact, I’d say this conundrum answers itself. If you aren’t given a moral choice, then you aren’t meant to feel bad for moral actions. You CAN’T be judged for actions you have no say in. So it’s not the player that is being judged. It’s the character.

Claim 4: "The Last of Us II expected us to sympathize with Joel’s murderer"

I wouldn’t actually say that the game expects you to do anything. You can go through The Last of Us Part II hating Abby the whole way through. No one is stopping you.

The thing is, that was ALSO the theme of The Last of Us. The Fireflies were just doing what they thought was right. Yes, there were some genuinely evil people, like the cannibals that Ellie has to fight, but for the most part everyone is trying to survive.

Part of the problem is that the narrative that “society crumbles and everyone is evil now” has been done to death. The Last of Us II also does away with that. It’s not that humanity is a bunch of savages when society breaks down. It’s that society brings the savages out of us.

Think of why people were killing, in The Last of Us II. There was a war between the Seraphites and the WLF, both regimes under charismatic leaders. Abby found Lev and decided to protect him. Ellie is taking revenge for Joel. None of the people in the game (with the possible exception of the Rattlers) are killing just to kill. They kill for emotional reasons. They kill because they have something to kill for.

That’s why you feel empathy toward Abby. Yes, Abby killed Joel, but she killed Joel because Joel took her family. When you play as Abby you get to see that she has friends. She has a life. She’s not just a faceless villain. Maybe it’s not that you are angry that the game tried to make you empathize with an unempathetic character. Maybe you are angry because the game WANTS you to be angry. It wants you eventually get to the point where you start to think: “Goddammit… maybe Joel did have to die.”

That’s my take on all the controversy. Do you have a hot take? Scream it out in the comments. 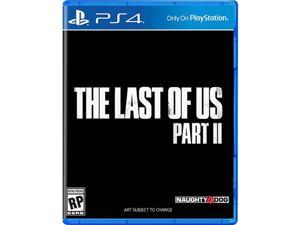 WATCH: The Last of Us Part II’s new environments, enemies, and gameplay

Videos
May 27, 2020
Following the State of Play focusing on Ghost of Tsushima a couple of weeks ago, Sony has set its sights on sharing new gameplay footage from The...

WATCH: It’s dark and violent in The Last of Us Part II’s new story trailer

Videos
May 06, 2020
With official release date nearing, the folks at Naughty Dog have shared a new trailer for The Last of Us Part II . The trailer focuses on Ellie and...